The Nashville Predators have announced that goalie Pekka Rinne has been placed on the injured reserve list with an undisclosed injury. Rinne was hurt in last night’s game against the Calgary Flames.

It’s out there, but Pekka Rinne has been placed on injured reserve after exiting last night’s game in Calgary. He’ll miss at least the next three games (@ EDM, vs. SJS, @ NJD).

Rinne was injured after teammate Kevin Fiala collided with him after Sam Bennett‘s goal for the Calgary Flames. The injury occurred two minutes, 20 seconds into the third period. Juuse Saros came into the game and Nashville beat Calgary, 5-3.

Predator coach Peter Laviolette said after the game he didn’t have an update on his goalie but added it wasn’t the team’s choice for him to exit, indicating that it was an injury that forced his starting goalie from the net.

“We didn’t pull him, so something was wrong,” Laviolette said.

The Predators will have to lean on Saros if Rinne is out for an extended period of time. Nashville has called up goaltender Miroslav Svoboda from Atlanta of the ECHL for tonight’s game. The team also has Troy Grosenick in the AHL, who could possibly replace Svoboda for future games. 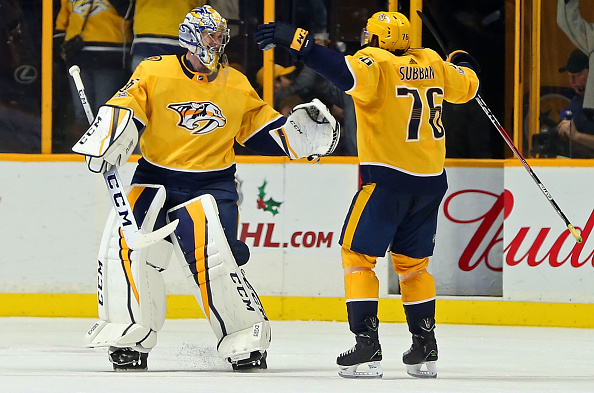