The Detroit Red Wings season is only five games old, but their defence has suffered a season’s worth of injuries. Danny DeKeyser left Saturday’s 8-2 rout by the Boston Bruins. Detroit is already without regulars Mike Green, Jonathan Ericsson and Trevor Daley. Dennis Cholowski suffered an injury in Monday’s game against the Anaheim Ducks.

The Dekeyser injury is the latest in a painful string for the Wings, who also saw Daley leave the Oct. 7 game at the Los Angeles Kings. Daley is slated to miss at least the next two games because of an upper-body ailment.

DeKeyser is out an undetermined amount of time after leaving in the first period. He only logged one minute and 31 seconds of ice time before exiting. Injuries have already strained a young and banged up Red Wings’ defensive group.

The in-game injuries have forced Detroit to play with five defensemen the last three games. This can really wear down any group despite its age. The Red Wings really looked gassed in the second period against the Bruins and the game got away from them.

DeKeyser’s injury is the sixth one the organization has suffered since the start of the season. Brian Lashoff is on injured reserve for the AHL Grand Rapids Griffins, so the injury bug is hitting the entire organization.

Detroit got some good news as Niklas Kronwall returned to the lineup against the Toronto Maple Leafs. He lends a veteran presence to an inexperienced lineup. Kronwall is easily the most experienced blue-liner for Detroit and the younger players will lean on him.

Head coach Jeff Blashill is been patching his defence together and having Kronwall in the lineup will be a big boost. The Swedish defender isn’t as mobile as you used to be, but he knows the game. Detroit also doesn’t have a lot of options at this point.

Thrown Into the Fire

Players like Cholowski, Joe Hicketts, Filip Hronek and Libor Sulak have been forced into on the job training. There is no easing one or two rookies into the lineup as they have faced top-tier opposition right away. Detroit has already experienced games playoff teams like the Columbus Blue Jackets, Los Angeles and Anaheim.

The Wings are now going through the Atlantic Division and their defence has looked out of place at times against Toronto and Boston. They’ll have another test against a Montreal Canadiens team that has started hot.

Cholowski has gotten off to a hot start with a goal and two assists in three games before he got hurt. Sulak has shown flashes of great skating ability and Hicketts has been feisty. However, there are going to be growing pains with so many young players.

DeKeyer’s injury means more hard times for this young group. He was easily one of the most experience blue-liners left in the lineup. Green and Daley aren’t even with the team going to Montreal.

Many Detroit fans were expecting a painful season in the standings. They just weren’t expecting such a painful start to the campaign.

The one plus is that general manager Ken Holland is getting an extended look at these young defensemen and will have a chance to be better informed if he needs to make a move.

However, he hopes that he can get some of his veterans back so they can impart their wisdom on this young group. 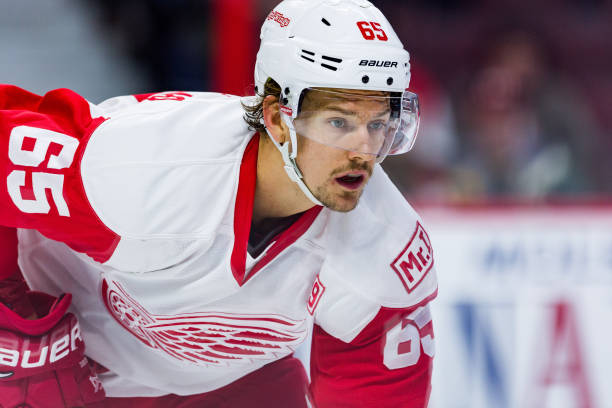