The Carolina Hurricanes have announced that forward Victor Rask could be out months after getting surgery on his hand. Carolina already knew that Rask would be out for a while, but it’s much worse than previously reported.

Hurricanes Forward Victor Rask Could Be Out Months

Rask cut his hand several days ago after preparing food in the kitchen. New Carolina head coach Rod Brind’Amour told the media on Sunday that the injury is more serious than first reported on Thursday. The 25-year-old cut tendons in his pinkie and ring fingers.

General manager Don Waddell will now have to find a way to shore up the team’s thin centre depth. The talent level drops up after Rask and Jordan Staal.

Rask was going to figure into the team’s offensive plans despite having a down season in 2017-18. He was going to be needed even more after the Canes shipped Elias Lindholm to the Calgary Flames in the off-season.

Carolina’s path to returning to the postseason has been made more difficult after the loss of a top forward. The Hurricanes made strides in the off-season, but this is a huge setback. 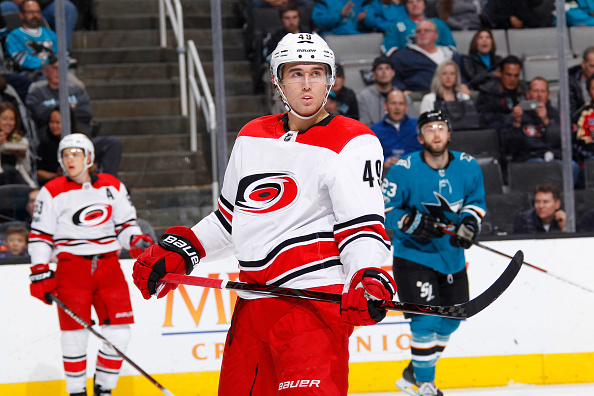 SAN JOSE, CA – DECEMBER 07: Victor Rask #49 of the Carolina Hurricanes looks on during the game against the San Jose Sharks at SAP Center on December 7, 2017 in San Jose, California. (Photo by Rocky W. Widner/NHL/Getty Images)