The Vegas Golden Knights have signed recently acquired forward Max Pacioretty to a four-year contract extension worth $28 million, or $7 million per season. This contract carries him through the 2022-23 season.

And there you have it, Golden Knights wrap up new extension for Pacioretty, probably not the term he would have loved but big raise on the AAV at $7 M. https://t.co/1WRHOgArwo

Pacioretty had played only for the Montreal Canadiens in his 10-year NHL career before being dealt to Vegas. He has put up 226 goals and 222 assists for 448 career points in 626 career games. He was originally drafted in the first round, 22nd overall of the 2007 NHL draft by the Montreal Canadiens.

Last season he scored 17 goals and 20 assists for 37 points in 64 games. He also added 30 minutes in penalties. His possession numbers were 53.0 percent Corsi and a relative Corsi of 2.9.

The 31-year-old has scored 30 goals every since other than the lockout-shortened 2013 season and last year. His season-high in goals was 2013-14 when he notched 39.

The New Canaan, Conn. native was picked up by the Golden Knights early Monday morning for Tomas Tatar, prospect Nick Suzuki and a second-round pick in the 2019 draft. His traded ended months of drama between him and Habs general manager Marc Bergevin. Pacioretty had been hoping to stay with the Canadiens, but there have been other reports that he wanted out of Montreal.

Vegas is looking to prove last season’s run to the Stanley Cup final was not a fluke. The Golden Knights have done a lot of work to keep up with their conference rivals. General manager George McPhee picked up Paul Stastny in free agency to shore up the team’s scoring. The American forward keeps the Knights in the Cup contender conversation.

Pacioretty is going prove that he can still be a reliable scorer in the league. He got himself another big contract, but will have to live up to the contract numbers. 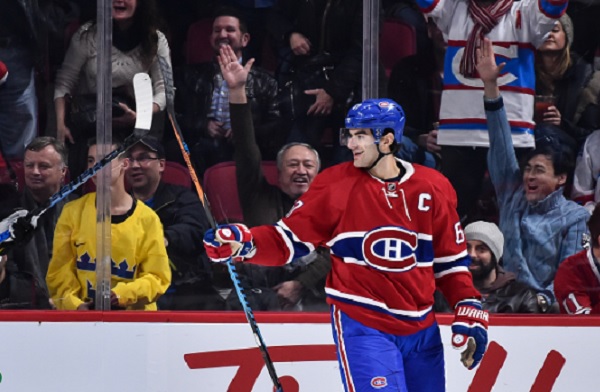