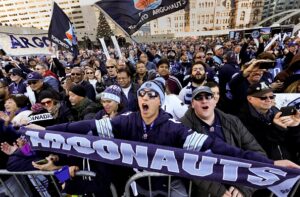 The announcement of Corey Chamblin as the 44th coach in the history of the Toronto Argonauts is just over 24 hours old. It’s allowed for many Argo fans to think about the hire and form a rational opinion over the decision to bring back the 2017 defensive coordinator. Based on the reaction from current Argonauts […] 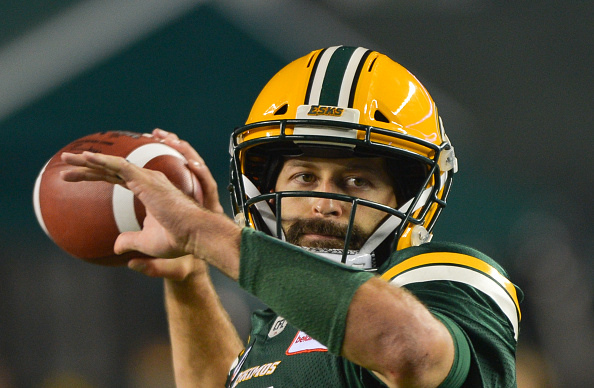 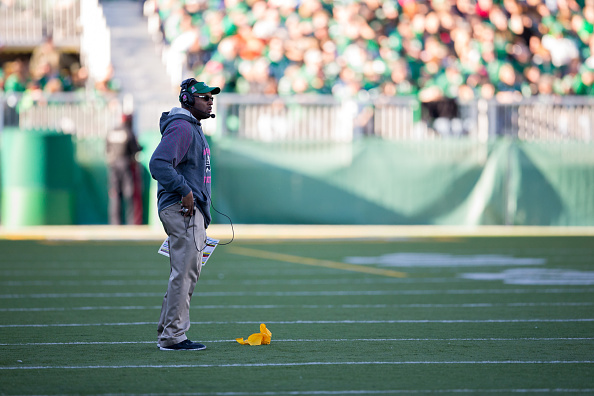 Toronto Argonauts and Corey Chamblin Seem Destined To Be 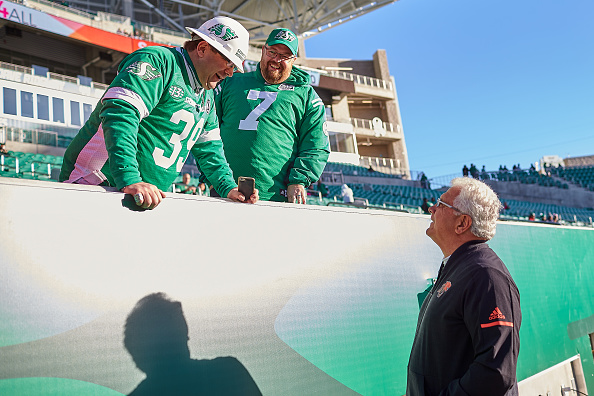 Revisiting: Could 2018 be the Biggest CFL Season Yet? 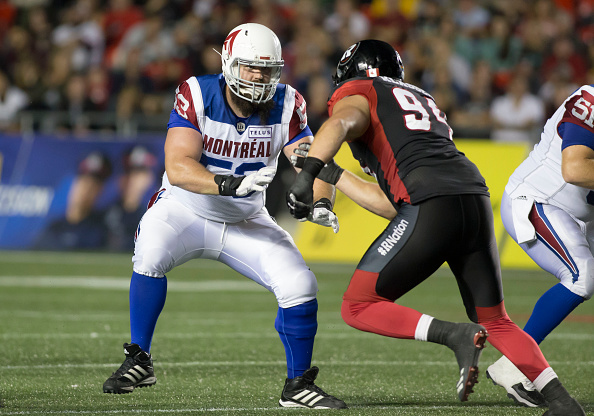 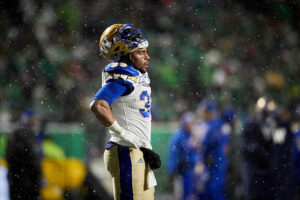 How the Winnipeg Blue Bombers Offence Floundered in the West Final

The Calgary Stampeders are the 2018 CFL champions after a 27-16 victory over the Ottawa Redbacks in the Grey Cup on Sunday. The Stampeders dominating win came seven days after they shut down the league’s top offence, the Winnipeg Blue Bombers. The Bombers, led by quarterback Matt Nichols, laid an egg on offence, producing just […] 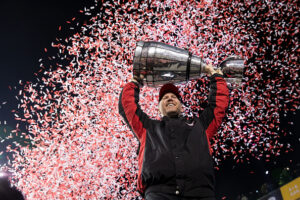 They say third time’s the charm and that was exactly the case as the Calgary Stampeders defeated the Ottawa Redblacks 27-16. Calgary never left any doubt thwarting any late comeback attempts by Ottawa in the fourth quarter after two straight Grey Cup heartbreaks. Bo Levi Mitchell Bo Levi Mitchell got off to a shaky start […] 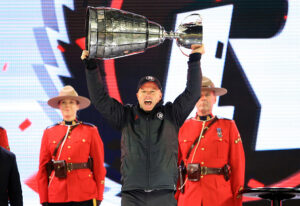 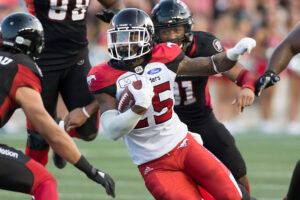 Breaking Down The 106th Grey Cup

This is it. This is what the players play for. It is why they spend much of the offseason in training rooms when it could be spent with family and friends. The countless hours of study, practice, and meetings. It’s all for this. The chance to play a game. But not just any game. This […] 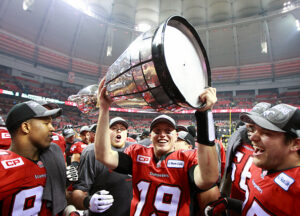 Since becoming the starting quarterback for the Calgary Stampeders in 2013, Bo Levi Mitchell has cemented himself as one of the elites in the CFL. He has the individual and team accolades to show for it, from his 2016 Most Outstanding Player award to his Grey Cup victory in 2014. And potentially an additional MOP […] 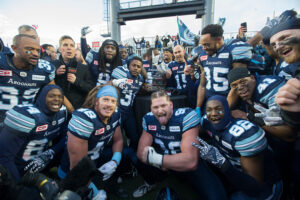 The 2017 Eastern Final – Saskatchewan at Toronto

Rewind to one year ago today and you had just one team back in the same position they are in 2018. That team is the Calgary Stampeders. Their opposition that day was their Alberta rivals, the Edmonton Eskimos. Calgary went on to win the game and advance to the Grey Cup. Moving East across the […] 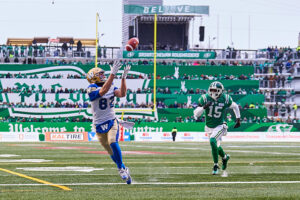 After defeating the Saskatchewan Roughriders 23-18 last Sunday, the Winnipeg Blue Bombers are now travelling to Calgary to face off with the Stampeders for a chance to play for a Grey Cup the following week. With a forecast of mainly sunny and high of 9 C, the weather should not play a factor in this […] 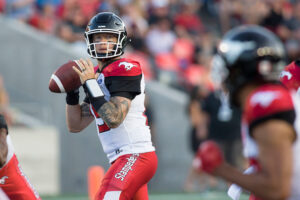 Last week our writers at Last Word On Sports issued our CFL playoff predictions. This week, our writers are predicting who will be taking home some hardware next week in Edmonton. Individual teams have released their nominations for the CFL awards, and the league has announced the divisional nominations Note: These are based off our […] 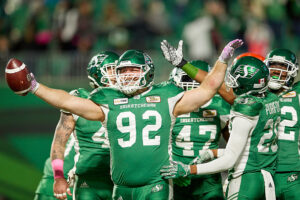 When it comes to sports, momentum can play a significant role in deciding an outcome in any match. This, of course, isn’t a bold statement for those of us who play or follow along with multiple sports. However, there has often been a debate to whether or not momentum can carry from one game to […] 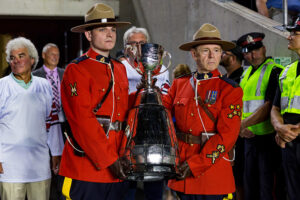 It’s finally here, folks. The long-awaited CFL Playoffs have arrived and the crew here at Last Word On Sports are ready to offer up their playoff predictions. This will be a very simple format, there will be a prediction with a score and a brief explanation as to why we feel each game will go […] 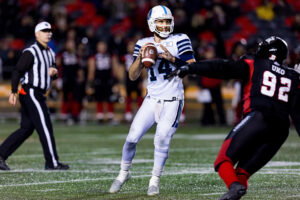 The Toronto Argonauts season finished exactly one week ago, a loss against the Ottawa Redblacks to drop them to 4-14 for the season. The Argonauts missed the playoffs for the second time in three years and just one year removed from winning the 2017 Grey Cup in unbelievable fashion against the Calgary Stampeders. The Argonauts […] 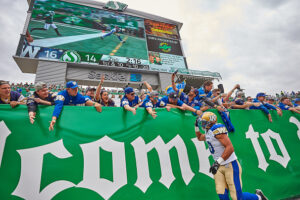 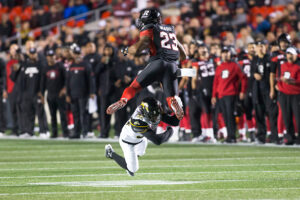 The final game of the regular season is always a strange week for fantasy football. Playoff bound teams frequently rest starters or will sit them midway through a game. Because of this, in any season-long NFL fantasy league worth its salt has it’s championship in Week 16, the penultimate week of the season. In light […] 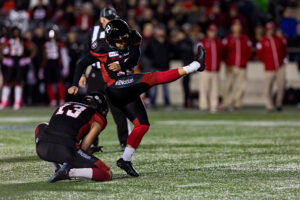 CFL Studs and Duds Weeks 17 through 20 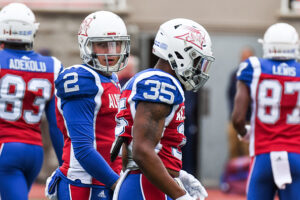 Missing the Cut: What’s Next for These CFL Squads?

While all eyes are rightfully on the six CFL teams that will be making the playoffs. Three teams are left picking up the pieces on disappointing 2018 campaigns. Some of which had much higher expectations (Toronto, Edmonton), than others (Montreal). As the regular season winds down, we take a look at what went wrong for […]

How Have Some Recent Mid-Season Managerial Appointments in the Premier League Turned Out?
Last Word Staff - Oct 31, 2018