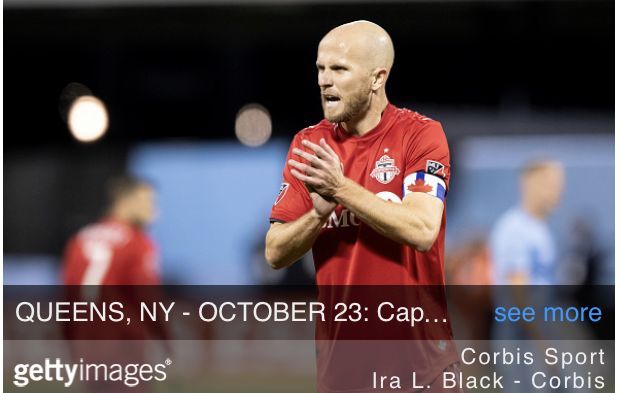 Michael Bradley has been hearing the same phrase for weeks.

“This could be your last game with the club.”

It is a quote that every athlete playing for a professional sports team has to face. Age or injuries are always inevitable realities that determine the fate of a player with a team. In the case of Bradley, it’s the amalgamation of age with his contract expiring with Toronto FC.

Given his American roots and the reality that MLS clubs south of the border will want to pay him in the twilight of his career, the chances of the Reds resigning captain are slim.

This is why when Toronto FC takes the pitch against Atlanta United for the Eastern Conference Final, Bradley is playing on extended time with his team. But the outcome of Wednesday night’s match at Mercedes-Benz Stadium does little to change the impact the Toronto FC captain has provided for the organization.

In a city fuelled by pandemonium towards hockey, basketball and baseball, Bradley was the impetus to unify the soccer fan base. A legacy that will live on in Toronto well past Bradley’s playing days.

Bradley’s arrival to Toronto FC could not have been more opportune. For seven straight seasons, the Reds had failed to make the MLS Playoffs. The most wins they had during that stretch was just 10.

It was an inherent risk to receive Bradley. Before being transferred to Toronto FC, the midfielder only registered one goal in 11 games for Roma of Serie A. He was coming off of an injury which he suffered during international play when he took on Costa Rica.

But in the prime of his career, Bradley shined and rejuvenated the Toronto FC franchise. In his first full season with the team, the Reds made their first postseason in franchise history. Two years later in 2017, Bradley would be a critical piece, along with Jozy Altidore and Sebastian Giovinco, to secure Toronto FC it’s first MLS Cup. Bradley’s tenure sporting the red and white has resulted in an MLS Championship, a Supporter Shield, hoisted three Canadian Championships and two Eastern Conference crowns.

But even these accolades do not make Bradley complacent. The Toronto FC captain is always hungry for more glory.

“When you do it once, when you have a taste of it, you want more. That part becomes an obsession,” Bradley said. “People can talk about this, argue about that, but the thing that nobody can dispute are trophies.”

Soccer’s explosion in popularity in Toronto can be pointed to Bradley’s success as captain. Whenever he is on the pitch, the 32-year-old showcases his midfield intelligence, his hustle after the ball and innate ability to transition from defense into a full-on attack.

But it is off the field where Bradley exemplifies his idolizing leadership. He may be quiet and soft-spoken during media availability. But the words Bradley utters are always filled with importance and totality. He can also be the inspirational motivator, evidenced in his team huddle before extra time in Round 1 of the MLS Playoffs against D.C. United.

Even though his contract expiring looms over the horizon, Bradley’s focus is on the next task at hand. Atlanta United, the opponent in Toronto’s way of getting to its third MLS Cup Final in four years, poses a great deal of difficulty, with their raucous home crowd and ability to get out on the attack with blazing speed.

The Reds are a team riding high with confidence and fortitude. They are unbeaten in their last 11, and have squeaked through two consecutive playoff victories against D.C. United in extra time and New York City FC off of a Alejandro Pouzelo penalty kick in stoppage time.

With Jozy Altidore’s status unknown, it places a greater deal of importance on Bradley’s midfield play. Transition defense has been an issue for Toronto all season long. But when the stage is the brightest, it is Bradley who is the catalyst in conquering adversity.

Time will tell where Bradley goes after this season. For Toronto and its fans, he has given them a lifetime of memories and energy to last a lifetime. He may not have the brand power of a Kawhi Leonard or an Auston Matthews and Mitch Marner.

Michael Bradley’s captainship is understated yet the most effective. You always know what you are going to get from the star midfielder, every time he steps out onto the pitch.

“This time of year, the understanding is that nothing else matters,” said Bradley. “Personal situations, contracts that are up, options that need to be exercised, all this stuff, none of that matters one bit. There’s four teams still playing and in ten days one team gets to stand on that stage and lift a trophy. We want to be that team.” 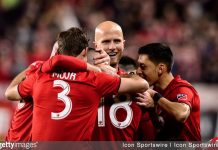