After three races and a look at the F1 leader board it really does make grim reading for all those at the Scuderia. Mercedes sailing clear and Hamilton and Bottas enjoying extremely comfortable championship positions. So, what’s gone wrong for Ferrari?

Winter testing seemed to indicate that the Maranello outfit would be very competitive come the start of the season. However, it has simply not transpired as they would like.

Australia was a huge let down. Ferrari went in with hopes of being the team to chase after a very good pre-season testing left Mercedes pointing to Ferrari as the team to beat.

Fast forward to Albert Park Melbourne and Mercedes enjoyed a huge margin over their rivals, some 7 tenths in qualifying and a double-digit margin in the race.

But then Bahrain seemed to suggest two things. One that Australia suited the Mercedes package and two that Ferrari were able to sort some gremlins with their car and unlock their pace.

So why is it they flopped spectacularly in Shanghai? There are several factors. Firstly, their car appears to be extremely circuit sensitive. The slow corners of Bahrain coupled with the huge amount of straights suit the Ferrari, where as the Silver arrows seem to have a car that love a high speed twisty windy circuit.

Secondly, Ferrari seem to also have built a car that has far more limitations to how much they can push it. Various reliability problems have plagued them so far this season and if this is to continue then a challenge to Mercedes seems unlikely.

Lastly and most importantly they are up against a foe in Mercedes who seem to know exactly to extract every tenth from their car’s potential. When faced with such a machine like enemy, it’s clear to see why Ferrari are having such a titanic struggle.
Main Image
Embed from Getty Images 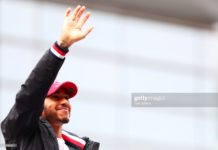 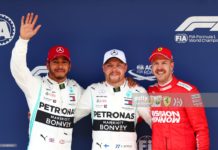 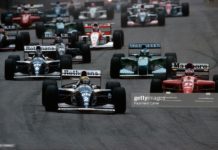