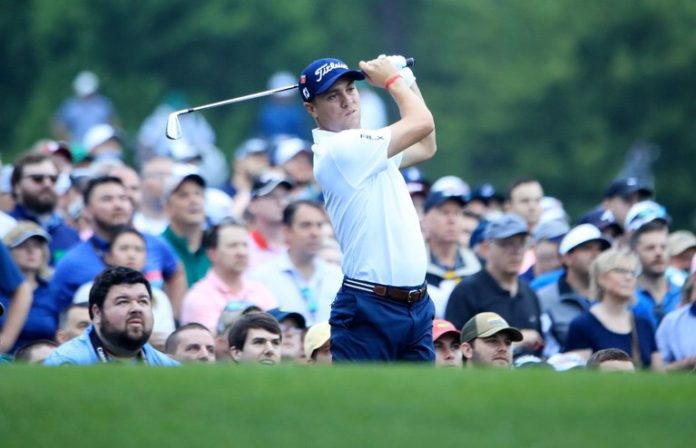 How to Win at Augusta National

Every year the world’s best congregate at Augusta National Golf Club for the first major of the year. Because the Masters is played on the same course every year, a blueprint of how to win becomes clear by evaluating past Masters champions. What have those who slipped on the Green Jacket do really well? Here’s how to win at Augusta National.

Apart from the par 4 11th hole that plays around 500 yards, most of Augusta National’s par 4’s don’t jump off the scorecard just by the numbers. Of course, to win the Masters everybody will have to play those holes well, but where past champions have separated themselves are on the short (relatively speaking) holes and long holes. The par 3’s and par 5’s are the keys to Augusta National.

In 2018, Patrick Reed dominated the par 5’s. He birdied the first eight par 5’s he played and finished the week at 13-under including two eagles on the 13th and 15th on Saturday. Simultaneously, Reed finished the week at just 1-over on the daunting par 3’s at Augusta. Similarly, Sergio Garcia handled the par 5’s to the tune of 7-under in 2017 and also managed to escape the short holes at just 1-over. Finally, Jordan Spieth ran away with the 2015 Masters dominating both sets of holes finishing 12-under on the par 5’s and an incredible 4-under on the par 3’s. The par 5’s at Augusta National are some of the easiest in major championships every year and taking full advantage of those holes is a common thread that runs through recent champions.

With the severity of slopes and drop-offs at Augusta National, strokes gained: approach is one of the most telling categories of success during the Masters. The last four leaders in the category went on to finish 1st, 1st, 2nd, and 3rd. Players with the best iron play over the four days typically have a chance to win come Sunday. For fun, the notables in the top 20 of that category this season are the following: Justin Thomas, Sergio Garcia, Dustin Johnson, Rory McIlroy, and Tiger Woods.

Experience at Augusta National seems to play a bigger part in success than it does at other courses on the PGA Tour. Only three players have won the event on their first try and only one player has won in their first appearance if we omit the first two Masters ever. Fuzzy Zoeller won a green jacket in 1979 on his first try, nobody has been so lucky since. Jordan Spieth made vital mistakes in his first try in 2014 before correcting them and winning in 2015. The intricacies of the golf course lend themselves to previous experience and past knowledge. Those with more rounds under their belts have better success than those walking Augusta National’s fairways for the first time.

Three categories: par 3 and par 5 scoring, strokes gained: approach and past experience. If you’re looking for one player that checks a box in each category it’s Justin Thomas. Thomas is competing in his fourth Masters this season coming off his best finish in the event last season. He is fourth on the PGA Tour in strokes gained: approach gaining over a stroke on the field on average in each round. And he’s the best on the PGA Tour in par 5 scoring with a 4.34 average. He’s played fairly well so far this season sitting in ninth in the FedEx Cup rankings and has five top 10 finishes in 2019.

Thomas isn’t a lock to win by any stretch of the imagination and falls behind players like Rory McIlroy who has seven top 10’s this season already and a Players Championship. But if history repeats itself, don’t be surprised if Thomas is in contention come Sunday.