Brooks Koepka does not care what you think about him. For years, the talented golfer has shown he has talent and a high-quality game but has consistently been overlooked and underappreciated. With Koepka’s competitive, serious demeanor, he has flown under the radar compared to the charismatic Tiger Woods and youthful Jordan Spieth.

And today, in front of thousands of raucous St. Louis fans at Bellerive, Koepka did not hide one bit. He outlasted a world-class leaderboard to shoot a final round 66, winning his second major of the year and solidifying player of the year honours. After a birdie on the second hole, Koepka bogeyed holes four and five, marking a critical moment in the round. But Koepka raised his game, going five under the last 13 holes to fend off a stellar leaderboard to win his first PGA Championship.

“My thought was, don’t bogey this one too,” said Koepka. We hit it in the water on Thursday. I needed to right the ship, and I hit probably one of the worst putts I’ve hit all week on that hole to run it, about eight feet by. But to make that come back, it actually made it feel like I made a birdie. That could have been the turning point for me to kind of right the ship and to make those three birdies coming up.”

Brooks Koepka Survives a Tiger on the Loose

Heading into the final day as the 54-hole leader and a two-shot lead, Brooks Koepka had to earn his first PGA Championship victory. His playing partner, Adam Scott, hung with him the entire day and was tied with Brooks heading into the 15th hole. But birdies on 15 and 16 for Koepka and a birdie miss on 17 for Scott ended the Aussie’s chances at winning his second major.

“I’m pretty disappointed with myself that I couldn’t play the last three holes better than I did,” said Scott after the round. “I hit a really great chip on 16. I had a putt to be one back on 17, and I think that really hurt that I missed that, just not to make it interesting up the last. And then, of course, I hit a poor drive, and it hit the trees and went way left, and I was on another hole. So the putt there was my last hoorah really, and just didn’t hit it hard enough.”

Koepka also had to endure a spurt from defending PGA Champion Justin Thomas, who was trying to be the first since Tiger Woods to win back to back PGA Championships. With birdies on three of the first seven holes, Thomas was right in contention with a share of the lead. But a three-putt after a makeable birdie on 9 and a bogey on 14 knocked him out of the running to win the Wanamaker Trophy.

“The 3-putt on 9, it definitely was a bummer, but it didn’t cost me. If I make it obviously or 2-putt it’s a big difference. But I birdie 10 and 11 and I was still fine,” said Thomas. “On 14, I don’t really know what happened. I just shouldn’t have never been there. I had a wedge in my hand, I should have had it inside 10 feet for birdie and, yeah, that just kind of killed all my momentum.”

But none would provide more of a fight to Koepka than 14-time winner Tiger Woods. At a PGA Championship that drew the largest crowds in recent memory, the patrons let out roars of pure excitement and joy when Tiger was making his move up the leaderboard on Sunday. Despite not making a fairway on the front nine, Tiger shot three under to put himself right near the top of the leaderboard.

On the back nine this week at Bellerive, Tiger was over par for his first three rounds. But today, he shot a 32 that consisted of four birdies. The fist pump was back, the club twirl was apparent and Tiger was charging to Koepka.

But as Koepka kept coming up big under pressure with clutch shots, Tiger was the one to get some bad luck. With a near birdie make on 11, a lip out for par on 14 and missing the fairway in the deep rough on 17, ended Tiger’s chances of claiming number 15. But a final birdie on 18 with the crowd roaring was an affirmation that Woods is indeed back and winning a tournament may be an actual possibility.

I can’t thank the fans in St. Louis enough for packing the course all week and for their enthusiasm and support. It meant so much to me. pic.twitter.com/jQSkSCSYdM

“This was a golf course you couldn’t sit still,” said Woods. “Can’t make pars and expect to win this tournament. I had to make birdies. I had to go get it and I tried.”

“The people here [in St. Louis] were so positive. The energy was incredible, but the positiveness of it all. They were respectful and I wish we could play in front crowds like this every single week because this is a true pleasure.”

But at the end of it all, the entire field was looking up at Koepka, who handled the noise of Woods and was able to keep within himself to come up with big shots, particularly those on 15 and 16 that resulted in birdies. Tiger would end up shooting his lowest round ever at a major championship with a 64, but it still wasn’t enough to beat Koepka.

“Everybody could hear the roars,” said Koepka. “You could hear a different roar like every 30 seconds. So we knew what was going on. When he made that birdie on 9 I knew I had to make mine. The crowd was unbelievable with the amount of people that were out here. It was incredible.”

Koepka in a Class of Historical Golf Greats

With Koepka’s win, he becomes the fifth player to have won both the U.S. Open and PGA Championship in the same year. The other four are Gene Sarazen, Ben Hogan, Jack Nicklaus and Tiger Woods. With hitting 41/56 fairways, 54/72 greens, 14/18 scrambling and 109 putts, Koepka generated a score of 264, which is the lowest 72-hole score at the PGA Championship, previously held by David Toms in 2001. It took a few moments for Koepka to realize how much of a deal this is as he will have three majors at 28 years old.

“Three Majors at 28, it’s a cool feeling,” said Koepka. “I think I’m much more disciplined now, so I should be able to play every Major, making sure my body’s healthy. But I’m excited. I’m excited for the next few years.”

The most telling stat is that Koepka currently leads fourth-round scoring average with a mark of 68.50. This means that the superstar golfer’s game is made for critical moments, particularly the major championships.

He becomes the 3rd player with multiple major victories at 15-under or better. Koepka also won the 2017 U.S. Open at 16-under.

The other two golfers to accomplish this feat? Tiger Woods with 6 such victories and Rory McIlroy with 3. pic.twitter.com/6ToJg1eQAC

“My game suits the Majors, having won three of the last six I’ve played in,” says Koepka.  “This golf course set up beautifully for me. I’m looking forward to the next few years. If I can stay healthy and actually show up to a Major, I feel like I’ve got a good chance.”

Every golfer has a strong contingent of fans that follow them and also a selection that do not like them for a variety of reasons. But it is time for the golf world to start respecting and cheering for Koepka, who is here to stay with his powerful game and unwavering mental toughness. 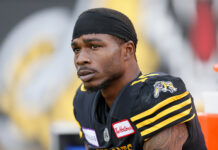 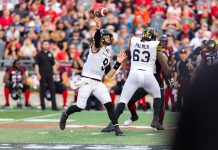