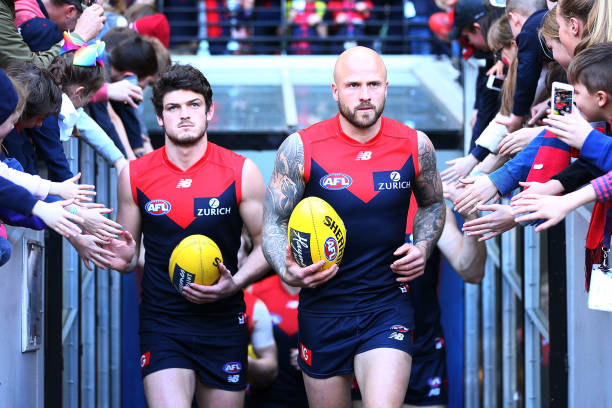 AFL Round 21 is here and we’re just three rounds away from Finals. Here is your look at all the action as the regular season winds down.

There’s no question about it, Essendon has to win this game (and win out) to reach finals, and even then they need to pad their percentage as much as possible. St. Kilda has endured a lost season with a 4-14-1 record. The Saints drop Luke Dunstan and Hunter Clark among 4 changes this week as Bailey Rice is among the key ins. Essendon is unchanged from last week’s bitter defeat.

Though they are unlikely to make finals I expect Devon Smith and the Bombers to get a relatively dominant win in this one. Essendon by 44

Hawthorn vs Geelong (Saturday at the MCG)

Two potential flag winners though the Cats aren’t currently in Finals as things stand. Hawthorn won by a measly point in round 2 and they are seeking a 4th straight win in this one, with their home ground perhaps giving them an advantage. Hawthorn is going with more or less the same side this week while Geelong returns Tom Stewart and James Parsons as part of five changes. Despite Hawthorn’s winning ways and Tom Mitchell’s likely Brownlow I expect Patrick Dangerfield and Tim Kelly to step up for the Cats, securing a win with so much on the line for a talented but veteran side. Geelong by 17

The best team in the comp against one of the worst. The home fans may leave early in this one as Richmond look for a fourth straight win after strengthening their side with the likes of Dion Prestia and Bachar Houli this week. Even with ruck Toby Nankervis out Richmond’s pressure and talent should dominate a shaky Gold Coast side. Look for Steven May to give it his all in his  return but still come up short. Gold Coast has a horrendous record against the Tigers. Richmond by 56

West Coast is missing key players but they have won 4 of their last 5 while Port is hanging onto a finals position at 12-7. Sam Gray returns for the Power while Sam Powell-Pepper is out. The Eagles lose Andrew Gaff (for a long while) and Will Schofield this week, while Dom Sheed returns. Given this game is in South Australia I’ll give the Power an edge to avenge their round 7 defeat and even up the season series. Port Adelaide by 9

Perhaps a danger game for 6th place Collingwood. The Pies just survived in round 7 and though Jordan De Goey returns, they lose Darcy Moore this week. Brisbane has been a tough team to put away in recent weeks and despite having dropped 3 straight the Lions are not going to fold in this one. I won’t back the upset but I do expect Taylor Adams and company to endure a stressful Saturday night. Collingwood by 14

GWS has won four straight and they have really caught form heading into finals. Adelaide looks done in 12th position and they lost to GWS earlier in the season. With the Giants in their second home and Dylan Shiel returning they should have enough to shake off Toby Greene and a few other outs and beat the Crows who swap Kyle Cheney and Richard Douglas for Daniel Talia and Riley Knight. GWS Giants by 24

The last three games between these sides have been decided by just six points and a loss for North here would all but eliminate them from any shot at a finals berth. The Dogs are playing for pride but they did get a win last week while North is looking for a third straight victory. The return of former Bulldog Shaun Higgins this week should be enough for North to get the win and Ben Brown to maintain his Coleman medal lead.

Melbourne vs Sydney (Sunday at the MCG)

These teams have the same record but a massive percentage gap as Melbourne is set to get a bye in Finals while Sydney may not make finals. The Dees seek their third straight win but they have struggled against Sydney in recent years, even at the MCG. Dan Hannebery returns for the Swwans while the Dees bring in Cam Pederson and Jayden Hunt. Melbourne have simply been better this season and I’m not sure how Sydney gets the win here unless Buddy Franklin lifts above everyone else, the Dees midfield with Clayton Oliver has an edge.

Both sides are ready for their holidays at this point as Carlton is dead last in the AFL and tehy were destroyed by Freo in round 13. Freo makes five changes including returning Sefan Giro this week, while Carlton makes three, headlined by Matthew Kreuzer’s return. Other than Patrick Cripps and the Curnow brothers Carlton hasn’t had much to offer lately. Fremantle should enjoy a win that will build confidence for next season. Fremantle by 38