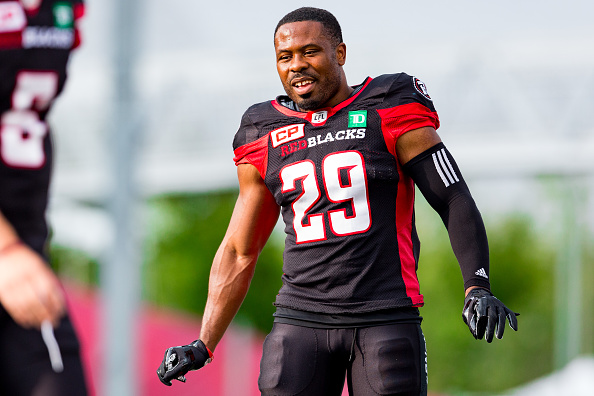 It’s Week 6, and here are your starts of the week for TSN CFL Fantasy!

Although his first two games back from injury have not been particularly good for CFL Fantasy, there are reasons to be excited about Matt Nichols going forward. Winnipeg is the highest-scoring offence in the league by a wide margin, with the most rushing and second-most passing touchdowns. Second, among quarterbacks who have started a game, the league average touchdown rate is 3.67%. Nichols is currently scoring at less than half that rate at 1.75%. Over his career, however, Nichols owns a 4.28% touchdown rate. Together, these statistics suggest regression to the mean. The Argonauts’ defence is not overly daunting, and Matt Nichols’ low salary allows you to load up on running backs with juicy matchups. Speaking of which…

Powell leads the league in carries per game and has established himself as the cornerstone of Ottawa’s offence. This week, he faces a BC defence that has had great difficulty stopping the run, and is now missing their best player in linebacker Solomon Elimimian. Powell is going to be fed carries and should simply dominate on the ground

Despite the question of Bo Levi Mitchell’s health, Calgary looks to have a very favourable matchup on Saturday against the hapless Alouettes. With Terry Williams injured, Jackson got the majority of the carries against Ottawa and remained productive. Demonstrating an aptitude to wear down defences for big plays, Jackson appears poised for a big game against an Alouettes defence that will likely spend a lot of time on the field. If the Stampeders get an early lead, the game script will look even better for Don Jackson.

Ellingson did not see his usual volume of targets last week in Ottawa’s blowout loss to Calgary, but his usage should return to normal against a weak BC pass defence. According to SlotbackLabs, Ellingson has garnered the 5th most air yards this season, to match his 5th most targets. Ellingson has an opportunity to return to his place as a top-tier wide receiver this week.

In a strange Week 4 loss to the Roughriders, Saunders posted five receptions for 67 yards on nine targets, and will again be heavily involved in the rematch in Hamilton. No one passes more per game than Jeremiah Masoli, and target volume is the recipe for CFL fantasy success for receivers. Saunders should again receive plenty of targets, and as the third-most expensive Ti-Cats receiver, he is a somewhat budget-friendly option.

If you are looking for a cheap option at running back, look no further than John White IV. White IV is listed as the starter on the Ti-Cats depth chart and could be heavily involved. While Hamilton has employed a dreaded RBBC to date in 2018, that has not been how they have traditionally deployed their running backs. In addition, the impression has always been that it was just a matter of time until White IV took the starters role. However, it’s a tough matchup against a stingy Roughriders run defence, but White IV demonstrated during his time in Edmonton that he is a dynamic playmaker and is effective both carrying and receiving the ball. John White IV doesn’t necessarily project to have a massive week, but he should be involved and return on his modest salary.