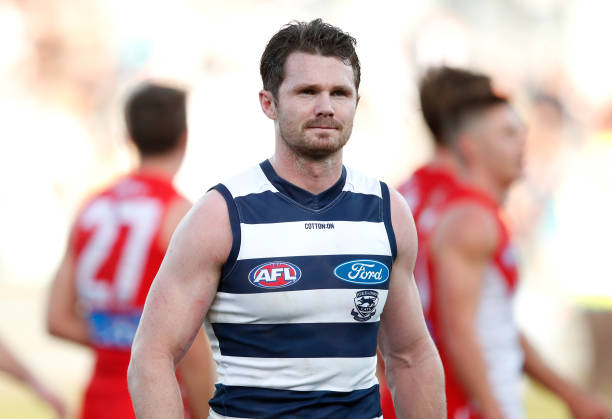 AFL Round 7 looks like a pivotal one for struggling sides like Essendon and St. Kilda, while some of the stronger sides in the early rounds have interesting contests such as West Coast against Port Adelaide, and GWS vs. Geelong. Here is your full round preview.

The Cats are favored at home despite their 3-3 record (compared to 4-1-1 for GWS). Last year these sides produced a draw and an easy Geelong win, but this time the players missing from both lineups will be front and center. The Giants are missing Brett Deledio and Jeremy Cameron, just from last week, with Josh Kelly and others still out. The Cats did not return Gary Ablett, and they lose Rhys Stanley, James Parsons, and George Horlin-Smith, with Scott Selwood, Stewart Crameri, and Zac Smith swapping in.

These are two uber talented sides that can get better, Patrick Dangerfield and Mitch Duncan will be keys for the Cats, as they need to setup their forwards productively. The Giants will lean on Dylan Shiel and big Jon Patton, though Stephen Coniglio will probably shoulder the most responsibility in this one. Without many of their best players, I’m not sure GWS can compete over four quarters in this one, and I’ll back the Cats to bounce back from last week and get over the line. Cats by 14

Gold Coast captains Tom Lynch and Steven May are out, Brayden Fiorini and Michael Barlow also miss, with young players like Brayden Crossley and Charlie Ballard slotting in. The Dogs do have a big out with Easton Wood, and are going with a very young side as well.

Both teams are likely developing for 2019 at this point, the Suns at 3-3 acutally have a better record but I’m not convinced they have a better side. The Dogs are better than their 2-4 start and I’d expect Lachie Hunter and Jack Macrae to combine and help then to a win. Bulldogs by 32

Essendon vs. Hawthorn (Saturday at the MCG)

Essendon has the best chance of any side to pull an upset this week, but I personally can’t pick it. These two traditional powerhouse sides have gone in opposite directions early, the Bombers struggling at 2-4, and the Hawks happy with their 4-2 start. The key ins for the Hawks this week make the difference in my estimation. Liam Shiels and James Sicily will get results, while the Bombers bring in David Myers, Conor McKenna, and ruckman Tom Bellchambers. Essendon’s forwards have struggled, and the Hawk backline led by Ben Stratton appears up for the task of stopping them. Essendon has the talent but I don’t see them rising in this one. Hawks by 17

The 5-1 Eagles should be favored at home even though Port at 4-2 could steal the upset. The Eagles went 2-1 against the Power last year, and they swap Jackson Nelson and Mark Hutchings in for Lewis Jetta and Dom Sheed. The Power will be missing Chad Wingard as a forward, but Jasper Pittard and Paddy Ryder are critical returns. Ryder should prevent the Nic Naitanui/Scott Lycett combo from dominating clearances in the ruck, but the Eagles midfield is what sohuld win it for them, Andrew Gaff and co. have been great this season and I don’t see Port slowing them down. Eagles by 22

Sydney Swans vs. North Melbourne (Saturday at the SCG)

Sydney has won three straight against North and showed they can win without their key forwards in the previous round. North does get Shaun Higgins back, along with Mason Wood returning, but Jarrad Waite is out, and I don’t see them getting enough of the footy to prevail in this one. Ben Brown should continue his Coleman quest, but it’ll come in a loss, Sydney has shown they are close to a complete side. Swans by 38

The easiest game of the ground to tip, one side is 4-2 and playing at home, while the other is 0-6 and wondering if they will win a game this season. Adelaide should win their 4th straight against the Blues, as Eddie Betts and Darcy Fogarty return for Tex Walker and Riley Knight. The losses of Charlie Curnow and Caleb Marchbank this week (even with Matthew Kreuzer’s return) will sting the Blues, but their former star Bryce Gibbs putting together a great game will sting the most. Crows by 63

Richmond vs. Fremantle (Saturday at the MCG)

The Tigers are top of the ladder, and though Fremantle has been solid at 3-3, Richmond looks close to unbeatable at the MCG. Last year Freo stunned Richmond in round 8, but that can’t be predicted again. Michael Walters is missing up forward for the Dockers, while the Tigers remain healthy. The Richmond pressure should break down Freo and help them to a relatively easy win. Tigers by 49

The last chance for St. Kilda to turn their season around, at 1-4-1 they really can’t afford another loss. Melbourne for their part would get back over .500 with a win. The Demons get Christian Petracca and Jeff Garlett back, with Christian Salem a key out. The Saints lose Blake Acres this week, but return David Armitage, they also got news that Dylan Roberton is out for the season this week due to his heart condition.

Melbourne has not been great this season, but the poor skills shown by the Saints this year makes it hard to pick them in an upset. I’ll go with the Dees here, both sides have been susceptible to giving up a run of goals. Demons by 21

Brisbane Lions vs. Collingwood (Sunday at the Gabba)

Winless Brisbane is at home against a freshly confident Collingwood side that is just 3-3, but seems better than 3-3 in their recent outings. The Lions bring back Luke Hodge this week, and could debut reality show winner Matt Eagles. The Pies get the bigger returns though with Darcy Moore, Alex Fasolo, and Taylor Adams back. Collingwood should outhustle the Lions here, and their stars should produce another solid performance to get the win. Magpies by 46