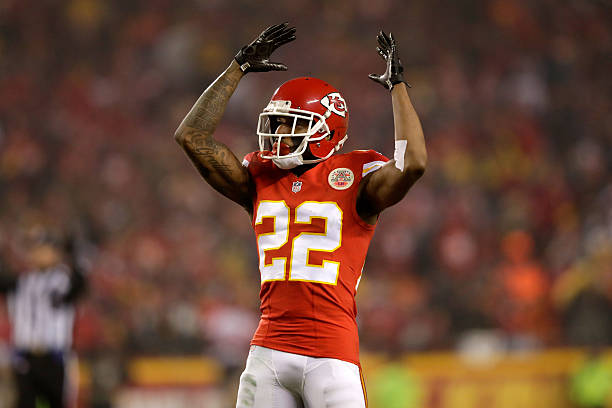 The core tenant of defense is controlling the enemy’s play calling. Defenses that make coaches move outside of their central play calling usually win the game. Making quarterbacks uncomfortable and disrupting their normal flow of gameplay is essential to winning the games that should be won, and going deep into the playoffs. No unit on the defense can have more direct influence into disrupting game plans than the secondary. The Kansas City Chiefs secondary interrupts the flow of games, and produces mistakes. To make an error against the Chiefs secondary unit is to let Eric Berry or Marcus Peters create productivity. Despite their opportunistic mentality, to truly succeed in 2017 the secondary has to come together to shut down exterior passing lanes and play strict football.

Finishing 18th in NFL pass defense, the 2016 Kansas City Chiefs secondary built themselves upon disrupting game flow and capitalizing on small mistakes. The statistical side of the Chiefs show their incredible production. Although they gave up 3,958 yards, 23 touchdowns, and had only 28 sacks as a team, they limited quarterbacks to a mere 58.5% completion rate (second best in the NFL) and finished with 18 interceptions (tied for first). Although the secondary gave up big plays throughout the season, they capitalized by creating dynamic game flow.

Two major plays exemplify the corners ability to change the flow of the game. The first came on a two-point conversion against the Atlanta Falcons. Eric Berry baited Matt Ryan into an awful throw, and returned the ball the length of the field to give the Chiefs the lead with four minutes left in the play, and ultimately the game.

This play exemplifies the ability of Eric Berry to bait and read the field. As a safety he can play the entirety of the field by dropping back into coverage and disappearing into another zone. Watch on deeper plays, and Berry will appear to be in another part of the field, but his speed allows him to be in multiple zones at once. Hence, a receiver that may appear to be in single-coverage is truly double covered.

The next play was a Daniel Sorensen interception against Drew Brees in week six against the New Orleans Saints. Three components of this play stand out. First, without this interception and touchdown the Saints may have been able to march downfield and get a field goal. Had that happened, this game could have shifted to a Saints victory.

Fortunately, Berry showed why the secondary is excellent at disrupting the flow of even the best quarterbacks such as Brees. Sorensen calls a last-minute adjustment before the ball is snapped, possibly moving Berry and adjacent safeties into the zone where Brees throws. Again, the speed of Berry does not necessitate he steps up first; he can move into the space after he makes the mental note.

The third note is on Sorenson who makes a tremendous effort to get after the ball in the air and then return it for six. Throughout the creation of a plethora of turnovers and passes defended, the Chiefs crew did an excellent job of hustling when it mattered. Whether it be linebacker Ramik Wilson or Ron Parker, they showed tremendous hustle to never let the defense break, even when it did bend.

The incredible opportunistic play highlighted with 18 interceptions is a tremendous effort. However, interceptions can be anomalies at times. Recall six of those interceptions came against the New York Jets in week three. According to Sharp Football Stats, the Kansas City Chiefs faced an average of efficient and inefficient quarterbacks. However, remove the garbage time stats, and the Chiefs faced some of the easier passing offenses in the NFL.

Extrapolating this one step further, consider the bigger plays they gave up to the Pittsburgh Steelers, Atlanta Falcons, Jacksonville Jaguars, and Tampa Bay Buccaneers. The Kansas City Chiefs secondary was intrinsically focused. Although they always seemed to recover, at times Marcus Peters looked lost while Phillip Gaines and Steven Nelson were getting beat over the top. Their propensity to be opportunistic lead to misdiagnosed reads.

Fortunately, a lack of focus on every read should fix itself over time. As Peters ages and gets more support from a better pass rush, he will get the luxury of time to learn how to make better reads. However, if this problem does not alleviate in 2017, Peters could see massive backpedaling in his career trajectory.

To be blunt, Gaines has to play more consistently and to his style. Often he was caught trying to mimic Peters and play up on the ball. He works better as a ‘lunch-plate’ corner, which is a zone defense type that focuses on catching receivers off of the line of scrimmage. The same can be said for Nelson. If he attempts to press forward, he will get beat over the top for big gains. The Jacksonville Jaguars matchup made this evident as Blake Bortles found Allen Robinson over Nelson several times.

Berry and Sorenson both bring an insane amount of intensity, but another safety must offer that intensity as a third-safety valve to rotate throughout the middle of the game. Without the consistent support from the depth, the Chiefs secondary will see severe regression, and in another year look tired out.

The Kansas City Chiefs are not far from being a solid secondary. Their overall play will improve once the defensive line forces more pressure. Hence, quarterbacks will have less time to read through the secondary. However, apart from Peters and Berry, the Chiefs secondary lacks another shutdown player. Starting in training camp, the overtone must change and a new leader needs to step up.

Nelson and Gaines are the two favorite candidates to take a consistent role. Both are solid third corners, but lack a true second corner presence. Gaines has often let himself fall into pass interference penalties, and Nelson gets beat over the top. Both need to improve for the Chiefs to succeed, but at this point in their career it may be hard to accomplish.

Ron Parker is another player who has led with a ferocious safety presence. He’s defended the third most passes in 2016, 12, and had two forced fumbles. His physical consistency is signs of a player who will lead by example. He lacks the true compass safety nature that Berry has, but he makes up for it in heart. If Ron Parker lands a game-saving pass defense, no one should be surprised.

However, the player that may surprise everyone in camp is last year’s fourth round pick out of Minnesota, Eric Murray. Murray barely played last year, and really had no need to. 2017 is his time to step up as an aggressive press-corner. Murray can complement the aggressive speed of the safeties by staggering faster receivers on the line. Thus, Berry, Sorenson, and Parker can assist Nelson and Gaines when they struggle with bigger outside corners.

Murray is more developmental than many were hoping for. His potential as a slot corner still has room to grow thanks to his fit in the Chiefs zone-scheme. Although he stands a mere 5’11”, he is uber-aggressive on the line of scrimmage and will prevent the more annoying receivers from breaking deep. His play may be package-based, but it can still directly impact the results of games.

More than any other unit on this team, the Kansas City Chiefs production is intrinsic to their personnel. The way that Peters evolves as a shutdown corner, Berry’s consistency, Gaines and Nelson unlocking unseen potential, and a rookie stepping up will all be important for a coverage unit that plays off each other. Every single player will improve when the players around them improve. Trusting in surrounding players leads to success in the NFL secondary.