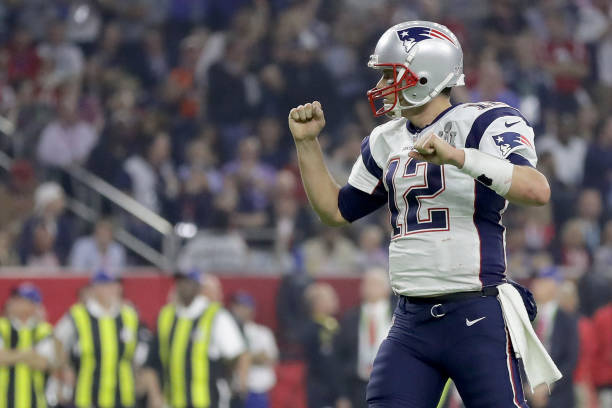 From Last Word On Pro Football, by Glenn Mahon

Every year, fans and analysts alike get to complain about how their favorite players didn’t make the All-Pro team at the season’s end. Now, fans of AFC East teams get to complain about Last Word on Pro Football’s All-Division team for the upcoming 2017 season. The quarterback is certainly a given at this point.

*insert analysis about what we already know here*
Tom Brady is the best quarterback in the division and in the league. A very difficult choice here, but had to go with him in this spot.

Since being traded to the Bills in 2015, LeSean McCoy has not lost a step. McCoy finished the 2016 campaign with 1,267 rushing yards, good enough for sixth in the NFL. It was his fifth campaign of 1,000+ yards rushing in his career. Shady still has the moves to put defenders on skates and is one of, if not the quickest players in the game. The only argument that could be made here was Jay Ajayi, who seemingly burst onto the scene out of nowhere.

For those who play in PPR fantasy leagues, Jarvis Landry has been an absolute stud, racking up 288 receptions in his first three years in the NFL. The LSU product might not be the same caliber as his former collegiate teammate who plays for the Giants, but he’s good enough to make the All-Division team.

The Patriots gave up a ton of draft picks this season to acquire a plethora of talented veterans, one of which is former New Orleans Saints receiver Brandin Cooks. After a disappointing rookie season, Cooks has come on to the scene with some fire, racking up back-to-back 1,000+ yard seasons. Just another toy for our All-Division quarterback to play with…except in real life.

Being the predecessor to Wes Welker is no easy task. However, Julian Edelman seems to be doing just fine with said task since taking over the role of the team’s quick, reliable target. Edelman recently signed an extension to his contract, deserving every penny as the team’s most consistent target. Oh yeah, and that Super Bowl catch was pretty okay, too.

Four Patriots already?! It’s almost as if they won the Super Bowl or something…wait a minute. Rob Gronkowski has been the best tight in the league for a long time, but has had many, many difficulties staying healthy. Despite ruining many fantasy seasons, he still has to be the cleat-cut tight end for the All-Division squad.

Now, onto the big uglies. Despite dropping in the first round because of a leaked 420-friendly video on Twitter, Laremy Tunsil proved many people that he was worth the hype, earning Pro Bowl honors in his rookie season. He will now be making the transition from left guard to left tackle, which was his position of strength in college.

Remember that bullying-scandal when Richie Incognito was on the Dolphins? Well, it doesn’t seem like it lingers with him anymore, as he slowly but surely began to solidify himself as a legitimate starter in the league. He also may have the best tattoo sleeve in the league, FWIW.

Eric Wood broke his fibula after nine games into the season, cutting his 2016 season short. However, Wood showed that he is a dominant and smart center in this league, being the rock in front of McCoy on the Buffalo Bills offensive line. Look for Wood to make a statement in his return.

This might be considered cheating, since Thuney played mostly at left guard last season, but there’s no doubting he’s among the top two guards in the division. Joe Thuney was yet another example of great drafting by the Patriots, who snagged up the NC State product in the third round of the 2016 draft. Thuney will be a Patriot for the next decade as one of the rocks on the line.

Cordy Glenn deserves a spot on the AFC East All-Division team but since Tunsil is at left tackle, Glenn moves over to the right hand side. The 6’5″, 345 pound Glenn has been a mainstay for the Bills, starting in every game that he’s played in since 2012. The combo of him and Tunsil on the outside of the offensive line would open so many holes for Shady that it’s almost laughable at this point.

If you like my opinion up to this point, check out the LWOPF AFC East All-Division Team for defense and special teams.