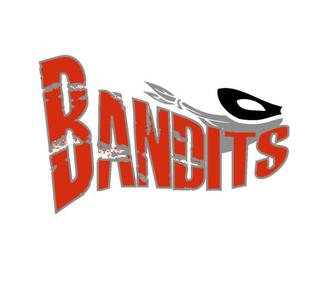 This year has been the makings of a dream season for Sioux City Bandits quarterback Taylor Genuser.

Genuser has lead the team to a 9-3 record, which was good enough for a Champions Indoor Football (CIF) North Conference regular season championship.

“I was happy to come to a team where I get to be a starter,” Genuser said. “I get to be a part of the winning season, and getting that number one seed. I’m just having a great time and just enjoying all of it right now.”

The Bandits have now earned home-field advantage in the playoffs and the opportunity to play the Bismarck Bucks at home in the first round.

Sioux City has the upper hand in the series, winning two of the three meetings between the teams this year, but Genuser says taking down Bismarck again is no sure thing.

“Bismarck’s a great team,” Genuser said. “They’re good at scoring points and they have a great defensive line. But, we’ve seen them so many times that there’s no surprises, and they’ve seen us so many times, they aren’t going to be surprised by anything we do.”

Genuser has been one of the best quarterbacks in the league since arriving in the CIF, and his former teammates agreed.

“He is a great quarterback,” Iowa Barnstormers wide receiver Lucas Hefty said. “He was the quarterback when I first got [to Iowa], and he kind of helped me get started in the transition of outdoor-ball to indoor-ball. I’m glad to see he is doing well over there.”

Hefty said Genuser’s high-energy approach to the game is one of the things that helps him succeed.

“Anytime your quarterback can have fun out there,” Hefty said. “It’s a good thing. When you get a quarterback out there that has fun, and brings positive vibes, it keeps the offense going.”

Genuser has done exactly that in northwest Iowa this season, and he’s kept the offense and the team on a run to the CIF Championship.

“I’m very confident in our process,” Genuser said. “Our process is taking it one game at a time. Our culture is keeping us grounded, and not looking too far ahead. But, [at the same time], we know what are goals are, and if we do everything we’ve talked about, we definitely can beat a run.”

The road will start this Saturday as his Bandits take on the Bismarck Bucks.

“If we don’t jump on them early,” Genuser said. “They’re going to jump on us.”