The WWE Draft has been anticipated for a long while by wrestling fans worldwide. The first Smackdown Live has come and gone, and it looks like Smackdown may still be the B Show, while RAW certainly looks like the A show. We go over the WWE Draft Results, we analyze how the rosters shape up, and discuss the NXT choices made as well. All of this, plus Super J Cup predictions, another possible Brock Lesnar USADA violation, and more.

About Wrestling 2 the MAX

Wrestling 2 the MAX tries to covers everything from WWE, NXT, TNA Impact, and ROH to other global entities like Lucha Underground and New Japan Pro Wrestling. This show comes to you twice a week and is informative, fun, and meant for every kind of pro-wrestling fan out there. Wrestling 2 the MAX airs live on early Tuesday and Friday mornings at Midnight EST (on Spreaker.com). Then is available immediately after airing on-demand via I-Tunes, Stitcher, LAST WORD RADIO on I-Tunes and Stitcher, Sound Cloud, Tune-In Radio, Youtube (Via W2M Network) The Spreaker App and other podcast hosting locations. W2M also has a Facebook group you can join. Listeners can follow them on twitter @W2MSean, @W2MGary, or the entire network @W2MNetwork.

Sean studied Journalism at the University of North Texas. He loves pro-wrestling so much that he even trained to be a wrestler at the age of 17. Though he eventually had to quit wrestling to go to college, he still returned to do play-by-play commentary, help write storylines, and most of all, to watch matches. Sean started his love of pro-wrestling at the age of five after watching a Hulk Hogan match. Due to his family hating sports-entertainment, there were many years he missed. However, he returned full-time to being a fan in the late 1990’s. Since then, Sean has gone on to write for various wrestling websites in a number of capacities, but he discovered his true passion, Podcasting, two years ago when he and Gary started the Wrestling 2 the MAX Podcast.

Gary is a native North Texan with a Bachelor’s degree from the University of North Texas. His time in college actually rekindled his love of pro wrestling he had lost somewhere along the way. Gary’s enjoyment of the sport began around 1996. As a fan, he has become a student of the wrestling business and gains knowledge through many platforms. WCW is dear to his heart because of it being his introduction to the scene. Now, Gary is a proud podcast host, as well as a writer for wrestling columns.

Paul has a history degree from the University of North Texas, but right now works at a Comic Book store. He was born an’ raised in the great state of Texas, and began his love affair with pro wrestling at the tender age of five after watching WWF’s Summerslam 1993 pay-per-view. The relationship turned serious with the growth of independent wrestling and the internet in the early 2000’s, which has seen the love affair turn into a full blown addiction that led him to write about it sporadically for various websites, and co-host the Wrestling 2 The Max podcast. 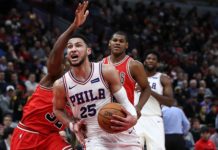