On his return to the England Test side on the winter tour of South Africa, Nick Compton made 85 in his first international innings in two-and-a-half years.

However, since that knock, the Middlesex man has scored just 168 runs in nine innings, and the manner of his dismissal in the first innings against Sri Lanka – a top-edged hook shot which saw him caught on the boundary for just eight – suggested that he is feeling the pressure of such a lean spell.

With Compton facing the axe if he fails again in England’s second innings, we take a look at three potential England number threes: 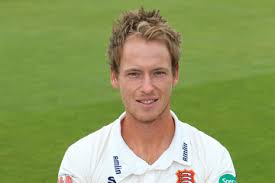 The 27-year-old Westley has been in supreme form so far in 2016, with four hundreds in first-class cricket, including 108 against Sri Lanka at Chelmsford.

Despite a modest career record in the first-class game – he averages a shade under 35 – Westley has been on England’s radar for a couple of seasons after impressing in Twenty20 cricket, and toured the UAE with the England Lions last winter.

After missing out on the call-up for the first Test squad of the summer, Westley was contacted by the selectors, who told him that he was “in their thoughts.”

Westley is also a useful off-spinner, and his comparatively fluent batting may be seen to give him the upper hand over Compton.

Many casual followers of county cricket consider Borthwick to be a leg-spinner first and foremost, and his solitary Test cap, which he won at the SCG in 2014, saw him play as a spinner and bat down the order.

However, the 26-year-old left-hander has passed the 1000-run mark in each of the past three first-class seasons, and looks set to do the same this season.

Furthermore, the selection of Borthwick would provide the option of a side with three spinners for the overseas tours of Bangladesh and India this winter: a side with Borthwick at three, Moeen Ali at eight and Adil Rashid at nine would have a great balance to it.

Ballance has started the season poorly, but it is well worth remembering that despite his struggles against New Zealand and Australia last summer, the left-hander averages 47.76 in Test cricket.

He also hit a superb hundred against the MCC in Abu Dhabi in March, and still holds an incremental ECB contract; clearly, the England selectors rate him highly.

The dogged 26-year-old batted out of position throughout his Test career, and depending on the form of James Vince, it may be an option to shift the Hampshire man up to number three and let Ballance bat in his more natural middle-order role.