Roman Reigns is one of the most polarizing figures that the WWE has had on their roster in quite some time (well, since John Cena anyway). Universally loved by the casual WWE fan base (predominantly it’s younger and female fan base) but loathed and despised by vocally louder die-hards. Despite turning up his ring presence with some great matches in the past year, the WWE’s seeming insistence of pushing Reigns to the top as the company’s top face is being fought tooth and Tweet by every card carrying Internet Wrestling Community member in the Social Media landscape. And, much like John Cena, the IWC is professing their undying support if only they would turn him heel (which I’ve never understood the logic behind – a heel is SUPPOSED to be someone you dislike, so if they’d like him as a heel, isn’t he technically a face to that person then? And if you currently don’t like him, is not then a heel to you? In this day and age where wrestling fans want to boo and cheer for who they like or don’t like aside from story-lines, aren’t the distinctions created more by the fans perceptions than the story-lines? But I digress…)

ROMAN REIGNS: THE MOUTH THAT BORED

One of the common threads with Roman Reigns’ haters is his inability to come across on the microphone. While he was unanimously loved when he was the brooding heel enforcer for the Shield, the more spotlight – and lines – Reigns has been given, the more and more the more ardent fans have pulled back on him. His delivery is often deadpan, his inflections non-sensical, and the seeming emotional detachment to his own words often come across more like watching your child trying to remember their lines in the school play rather than watching someone who’s supposed to be your emotional vanguard for truth, justice and the Vinnie Mac way.

Which always leads to the crux of the microphone argument. Roman Reigns needs to have a mouth piece. He can pull off being a destructive beast in the ring (seen as evidently in his battles with Brock Lesnar and Triple H), so all he needs is someone to do the bulk of his talking and just let him go back to the silent enforcer he was in The Shield (although the irony seems lost on many of the internet’s loudest antagonists who claim they hate the repetitiveness or similarities of characters like Dolph Ziggler to Tyler Breeze, but salivate at the idea of copying the blueprint of Brock Lesnar and Paul Heyman with Roman and his own “advocate”).

So with that in mind, let’s take a look at some people who could help Roman Reigns. And since the overwhelming majority of his naysayers seem to think that he’d be redeemed as a heel, let’s narrow his aid to being someone who can not only handle the microphone but also help in drawing him heat. (Disclaimer: These are all opinions of the Author and in no way are rumoured or coming from other sources) 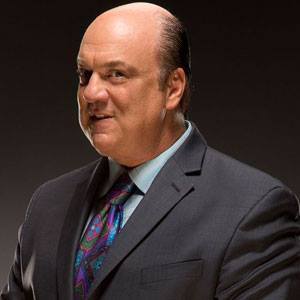 Paul E. Dangerously, The Original Heyman Guy, the Advocate for the Beast Incarnate himself, Brock Lesnar, Paul Heyman’s name is the number one choice whenever ANYONE is declared needing a mouth piece on the internet. And with good reason! Heyman is a master on the microphone. He’s articulate, provoking, controversial, and can advance any narrative more with his words than many of the greatest ring generals could in the ring. But the reason why he’s not #1 on this list is because that for every Brock Lesnar he’s carried to Superstardom, there is a trail of Curtis Axels, and Rybacks, and Cesaros. Heyman assuming the mic skills of just anyone isn’t as golden a recipe for success as the internet booking committee would have you believe. Does anyone remember his tenure as manager of The Big Show? Didn’t think so. But Heyman is a self proclaimed fan (in real life) of “The Samoan Bad Ass”. The only concern would be this. Is anyone Heyman associates himself with ever going to be a true heel anymore? Heyman is far too respected by those very people that want Reigns to be a heel and if Heyman were to align with Reigns, it would just make Reigns a cooler face, more akin to Kevin Nash during his nWo run. Chances are you would just have a reverse of the situation now – sure the WWE Universe who cheers for him now would boo him as a heel, but all those loud boos you hear now would most likely turn to man-crush squeals of Heyman’s new wrecking ball. 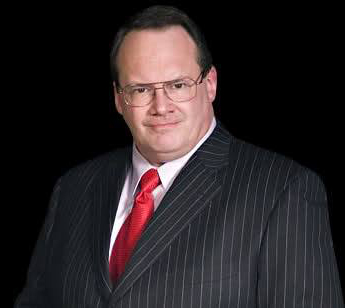 What if Reigns decided to go so far against The Authority that he turned to someone who loathes the McMahons and what they’ve done to the industry to be his guiding light. Someone like the eradic but entertaining chatterbox James E. Cornette. With the rise of NXT and the face reactions Triple H is getting from the crowd during his recent actions against Reigns, a face turn for Triple H isn’t entirely out of the realms of reality. He himself is encouraging these face reactions – his DX crotch chops are usually only reserved for face Helmsley these days, not heel. Cornette would be the perfect foil. The old school promoter in Cornette lambasting McMahon for his destruction of the industry. His decision to mentor a fighter like Reigns to show once again what pro wrestling should be about, and that’s wrestling, not catch phrases, fancy pyro or costumes. He can belittle McMahon for his abuse and exploitation of such a legendary pro wrestling family as the Anoa’i Family. Cornette’s mic battles versus the likes of Vince McMahon, Paul Heyman, John Cena, and beyond, would be YouTube sensations. And the best part is that a large contingent of the internet already hates Cornette because he trashes their stars like the Young Bucks and their new shows like Lucha Undergound. Now granted, Cornette has probably burned an awful lot of bridges with the WWE over the years, and will likely never be seen working with them again. But then again, people claimed the same about Paul Heyman, Bruno Sammartino and Ultimate Warrior as well. Never say never.

Who says it has to be a man that works with him? Or for that matter, why does it need to be one person? There’s perhaps no one so loathed in the company right now than Eva Marie. Her heat in NXT is to the point of viciousness, simply because she is the last of the old thinking, a beautiful model brought in with the intention of pushing to the top of the women’s division. Granted she’s improved immensely in the last year under the training with Brian Kendrick and the NXT training staff, but she still receives an outsider’s welcome (and not the Hall & Nash kind) when she enters the ring. What if Eva Marie and Nia Jax appeared on the Main Roster and Jax approaches Reigns first. After all, Jax is cousin to The Rock, who is heavily mentioned as being Reigns’ cousin. There’s lineage. And while Eva Marie is easily the worst talker on the list, between Jax and Eva Marie doing the bulk of the talking, Reigns can focus on the beatings in the ring. Combining the largest heat magnet in the mens and women’s division would make a faction guaranteed to get booed out of any building. This may not entirely fix his mic problem, granted, but it would be an amazing opportunity to capitalize on his increasing heat with the crowds.

Speaking of women on the mic and nuclear heat, no one – male or female – has generated the kind of explosive, crowd deafening heat (for the times) that Vickie Guerrero brought each and every time her sullen face emerged and those two small words shrieked from her lips.While it seems more and more apparent that Vickie is settling in quite nicely away from the WWE Universe, money talks. And she has been lured back before.“EXCUSE ME!  EXCUUUUUUSE ME!! I THINK IT’S TIME YOU STARTED SHOWING ROMAN REIGNS SOME RESPECT!” Enough said.

But perhaps the best option for his advocate is the one standing right in front of us. Despite being loved by most of the WWE Universe, Vince has one of the rare abilities to get the crowd to legitimately boo him as a heel whenever he turns into the Mr. McMahon character. We boo him, we hiss, we act like we’re supposed to. Sure, loads of the internet crowd legitimately hate him, but let’s be honest – they only hate him enough to shout real expletives at live events and threaten to start mean hashtags, they’ll still watch all of his products. What if Reigns gives Hunter the beating of his life at Wrestlemania? A follow-up to the one he just dished out on this week’s past Monday Night Raw. There was a moment near the end of that where the crowd seemed hesitant. Like they weren’t sure if Roman had suddenly gone off the deep end. Like maybe he was going to far for a hero to do. It felt like that moment when Bret Hart raised the ring bell to Steve Austin and suddenly the Champion of the good and righteous had succumbed to the Dark Side and he became the company’s top heel. But that moment ended when the Usos talked him down (had he swung at them, his heel turn would have been complete right there). But what if he does it again at Wrestlemania and this time, he does hit back at the family that tries to stop him. The Usos. Or Dean Ambrose. And as he stands over the bodies in the ring, holding the WWE Title over his head, the loudspeakers crackle with the familiar sound of “No Chance In Hell”, and out struts Vincent Kenendy McMahon, smiling like the Devil himself. He didn’t need the help of his family – not Shane, not Stephanie, and not his meddling son-in-law. And now he had his own instrument of destruction to do so.