It’s no shock for you to learn that Sir Alex Ferguson has announced his retirement after 27 years in Manchester.  Judging by the millions of news stories, billions of tweets, and trillions of facebook status updates (give or take), you already know that the long-time manager of the world’s most famous club is packing it in.

We have heard for several weeks that the Scotsman is set to undergo hip replacement surgery in the summer.  He will stay, however, as an ambassador and director for the club.  We can only assume he will have a massive say (after all, it’s Fergie) in who succeeds him at Old Trafford.

The two men who are most likely to replace Fergie are David Moyes and Jose Mourinho.

Moyes seems like the best fit, but not because he is any better of a manager than Mourinho.  David Moyes has spent 11 years in the Premier League with Everton at Goodison Park.  There are a few similarities between the both Sir Alex and Moyes as well; both are Scots, and both bring a fiery temper to their management of their clubs.  Former keeper Peter Schmeichel said today, “What we are looking for is not someone to come in 10 months or three years, we want someone to come stay there and give stability.  When we talk about Moyes, he has been a decade at Everton and done a fantastic job on limited funds.”  What I personally like about Moyes is his ability to get quality without over-spending.  I also appreciate managers who stick with their clubs, and show dedication and longevity.  Clearly Moyes could have left several times before, and not so long ago was thought to be a shoe-in for taking over jobs at Chelsea and Spurs.

The other man, Jose Mourinho, is a highly sought after manager who has made no qualms about announcing his desire to return to the Premiership (most notably to Chelsea) after time in Spanish La Liga.  Mourinho is widely considered amongst the best managers in the game, winning at virtually every level.  In fact, he has won a domestic cup in four different countries: Chelsea, Porto, Inter Milan, and Real Madrid.  Add to that two Champions League wins with Porto and Inter and it’s easy to see why this guy’s resume is so in demand.  Having managed before in England he is familiar with the style of play. 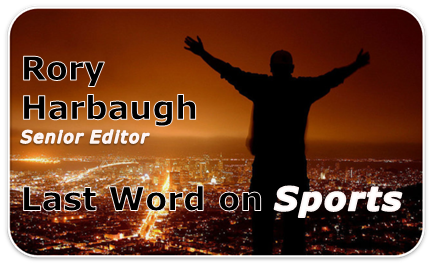 Whoever takes over the manager’s duty at Old Trafford, whether Moyes, Mourinho or someone else, the shoes they are filling are massive.  United fans are use to driving a Bentley now, and no economy car will do.

Thanks for reading.  As always,  feel free to leave comments below.  Don’t forget to follow me on Twitter –  @RoryHarbaughAFC.  While you’re at it, give the site a follow too – @lastwordonsport.

Feel free to discuss this and other footy related articles with thousands of fans at r/football.