Welcome to another week of The Sports Savant NFL Picks, Week 11 Edition!

I survived Week 10 with a fairly standard 8-5-1 record and broke even on my spread picks at 7 a piece.  What continues to surprise is the RED HOT pace I’m on against the Over/Under.  Picking the winner is measured successfully at 63% or better, while the spread and over/under are designed to be 50/50 propositions.  Despite those odds, I continue to pick the over/under at a torrid 56.4% pace.  That doesn’t seem like much over 50%, but that 6.4% is the difference of hundreds or thousands of dollars on the season if you’ve played all of my picks on the over/under in your betting books.  I’m still hovering just 0.3% under 50% against the spread so in just a couple of good weeks, I can be back in the black from the red in those bets.

The upside to last week was my 4 trifectas versus 0 strikeouts, so I didn’t pick any game where I missed on all three betting props and picked all three correctly in 4 of the games.  I still need to improve upon my trifecta:strikeout ratio.  I’d like for it to be around 2 to 1, but as it is, it’s 1.6 to 1 so it could use some improvement.

This week is mostly chalk, but in an interesting twist, I do have 4 favorites winning the game but not covering their respective spreads.  I think Vegas got a little greedy on a few favorites so we’ll see how that ends up playing out.  I’m confident at least two of those games will end up as such, if not all of them. The most interesting of those games is the massive 15 point spread the Texans will try to cover versus the Jags.  They did beat them by 20 in Week 1, but I don’t think it will happen twice.  Division games tend to play closer than that no matter how good or bad each opponent is.  Another I have is Baltimore beating Pittsburgh, but also not covering.  These games usually come right down to the wire and I will not be surprised to see a one point win by either team or at minimum, a FG to break a tie and win for Baltimore, which will not cover the 3.5 points.

Before we look at my picks for Week 11, let’s take a look at how last weeks picks shaped up and my overall records for the 2012 NFL season… 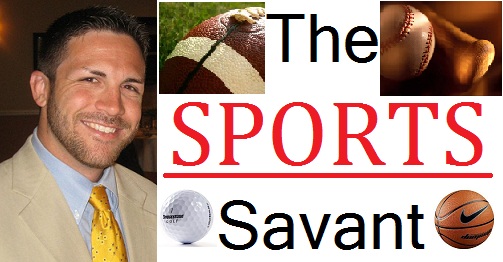 Trifecta: 38
Strikeouts: 24
Perfect Team Score Predictions: 17   [Week 1]: New England  [Week 2]: Indianapolis, San Francisco [Week 3]: Chicago, Washington, New York(A)  [Week 4]: Cleveland, Philadelphia  [Week 5]: Green Bay, Seattle, San Diego  [Week 7]: St. Louis, Tampa Bay  [Week 9]: Miami, Tennessee, Green Bay, Arizona
Perfect Game Score Predictions: 1   [Week 9]: Arizona @ Green Bay
NOTE: The team with a negative number in parenthesis “(-3)” next to their name is the favorite to win the matchup and the number represents how many points the favorite has to score more than the underdog to count as a winning bet.  The over/under for the game is represented by a number in parenthesis with the letters o and u “(o/u 46)”.  The number represents the amount of points you are wagering whether or not the two team’s combined score will be in excess of or short of.  Official betting lines courtesy of www.footballlocks.com
LOCKS: Games that have a “*LOCK*” logo next to the score are my spread lock picks of the week.  I choose four games each week that I feel will be a lock to win the spread bet.  If I have an underdog winning against a favorite and it is a *LOCK* pick, it means it is a lock that the favorite will not cover the spread, not a lock that the underdog wins the game.

Don’t forget to visit therealsportssavant.blogspot.com to check my game picks or right here on lastwordonsports.com at The Sports Savant channel.  And now for my Week 11, NFL picks… 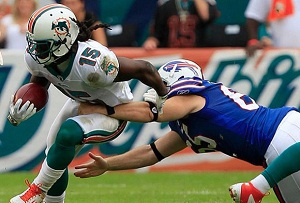 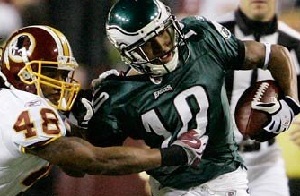 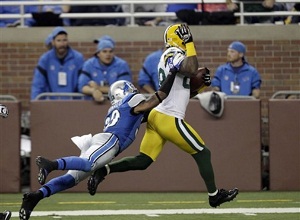 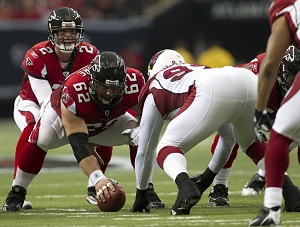 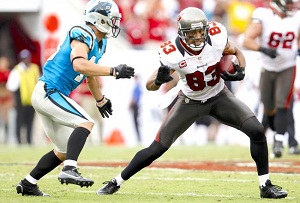 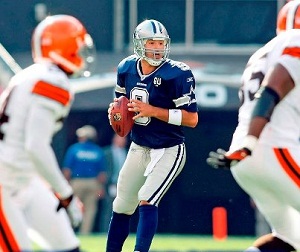 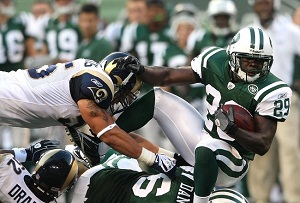 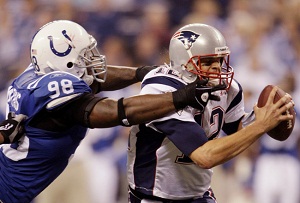 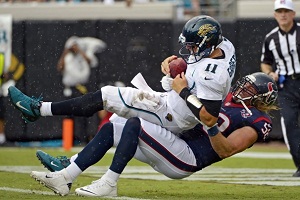 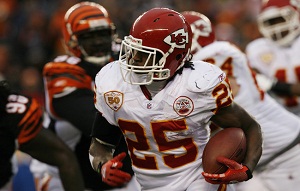 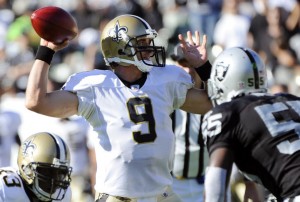 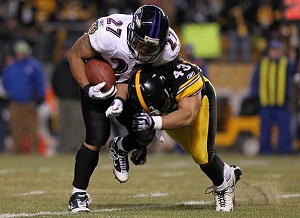 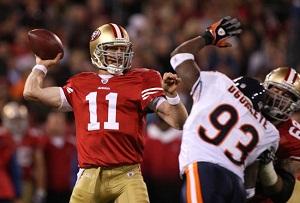