Everyone who was supposed to win, won. Almost.

With Oklahoma at home to Tulsa and Kent traveling to the not so friendly confines of the Crimson Tide, everyone expected one-two to stay unchanged. The difficulty was in predicting how Oregon (3) would do in the bayou of LSU (4) in what was easily the game of the week, with the biggest implications. The Tigers didn’t disappoint (unfortunately for me… a Gators fan. More on them later). LSU is never an easy place to play. Even with the powerful Gator teams over the past decade always had trouble with the Tigers. Anyway, back to Oregon. Oregon’s offence has struggled against ranked teams. While 27 points is not terrible, they did not produce when they needed drives down the stretch. So, LSU remains as a real threat for BCS. Final score, 40-27 LSU over Oregon.

Much to the disappointment of our own B.Kerr, the Irish lost a stunner at home to South Florida. Acutally, South Florida are not a bad program. Still, with a national rank of 16, and the score being very close (23-20) it must be classified as an upset. Yes, the weather was a factor, and in fact there were several postponements, but it works both ways.

And then there are the Gators. Not an exciting game, and most of you won’t care that they destroyed Florida Atlantic 41-3. With Charlie Weiss at the offensive helm, Muschamps (from Texas) as head coach, and with arguably the two fastest football players in the world in the backfield (Demps and Rainey), I am cautiously optimistic.

And that is the last word. 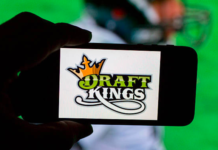 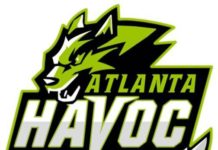 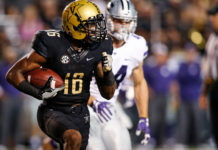