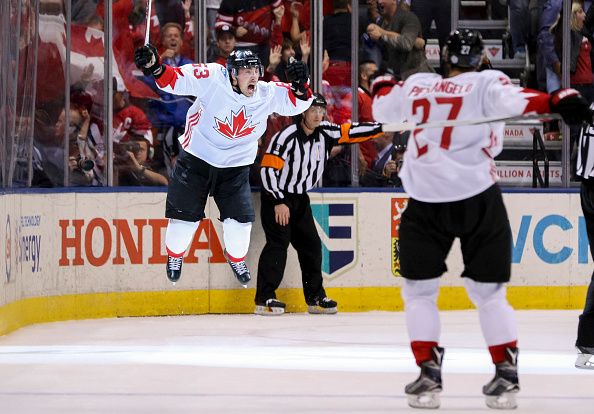 Last Word on Sports is proud to present their hockey podcast, On the Power Play with Ben and Dave. Join Ben Kerr and Dave Gove each week as they take a look around the Hockey World focusing on the big issues of the NHL and elsewhere. Ben and Dave look back at the World Cup of […] READ MORE

Due to a serious lack of cap space, Dean Lombardi might have to make a tough decision soon. Could Dustin Brown and Marian Gaborik be next to be traded from the LA Kings? READ MORE

Welcome to LWOS Hockey’s summer series, Call to the Hall, where we take a look at the next great player from each NHL franchise to get called to the Hockey Hall of Fame. There are a few caveats, the player must be active, and must have played 300 games (or 150 for goaltenders) with the […] READ MORE

The preliminary round of the 2015 IIHF World Championships wrapped up Tuesday with six games played over the course of the day. Four games needed extra time to find winners and determine the final standings in each group. Today we’ll look back at how each team has fared so far. Canada and USA Finish Atop […] READ MORE

The Los Angeles Kings have reached a deal Wednesday with unrestricted free agent forward Marian Gaborik that will keep him in L.A. for seven years. The average annual value of the contract is $4.875 million, according to ESPN’s Pierre LeBrun. “I know I get maybe more money if I’d gone UFA, but it wasn’t about […] READ MORE

The NHL’s free agency period gets back to its usual date of July 1st this year and there are, as always, a multitude of names for teams to target. In this series, we’ll take a look at some of those players and what they could offer to teams in terms of both impact and salary. In […] READ MORE

Following a dominating victory in game two tying the series at one apiece, the Los Angeles Kings continued to impress as they skated to a 4-2 win against the Chicago Blackhawks in game three of the Western Conference finals. Despite Hawks captain Jonathan Toews single-handedly taking control of the contest early on with two goals […] READ MORE

As per Pierre Lebrun the LA Kings have acquired Marian Gaborik from the Columbus Blue Jackets for Matt Frattin, a 2nd round pick and a conditional 3rd round pick. Michael Russo of the Minneapolis Star Tribune originally said the trade had happened, but later backtracked on his statement saying it hadn’t officially been confirmed. LA […] READ MORE

The NHL’s Olympic Roster Freeze has now been lifted, and teams have until 3:00 p.m. on March 5th to make their moves before the NHL’s trade deadline.  This is expected to be a very active trade deadline, with a number of high profile players potentially finding themselves in new homes.  This week, I look around […] READ MORE