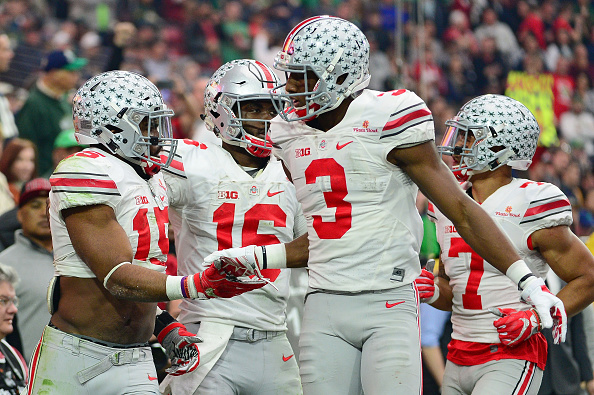 The recent Ohio State success will not just be limited to college athletics. Urban Meyer is making the Buckeyes a dominant force in the NFL as well. READ MORE

The San Diego Chargers have come to terms with rookie Joey Bosa on a four-year contract, ending a lengthy holdout on the part of the defensive lineman. READ MORE

The Chargers and rookie defensive lineman Joey Bosa remain unable to come to terms on his rookie deal as a statement released by the team today indicates. READ MORE

With Ohio State training camp underway, the debates have begun about whether Nick Bosa is better than his brother Joey. LWOS analyzes the two talents. READ MORE

After a rough 2015 NFL Season the San Diego Chargers had a productive draft that they hope will build to a solid future in the NFL. READ MORE

The 2016 NFL Draft will take place from April 28-30 in Chicago, IL. The NFL Draft is where future Pro Football stars begin their career. Teams spend months evaluating players who have spent years training for one goal, to play in the National Football League. Tocco’s 2016 NFL Mock Draft Version 2.0 Round 1 1. […] READ MORE

Free agency begins on Wednesday and each team will begin to have a better idea of their needs going into the 2016 NFL Draft. That being said, it’s never too early for speculation and who doesn’t love a mock draft? Here is my first attempt of the year, and like the previous two seasons, two […] READ MORE

Following a Season from Hell that saw them finish with a losing record for the first time under John Harbaugh, the Baltimore Ravens Off-Season is tackled. READ MORE

Joey Bosa excelled at defensive end during his last two seasons at Ohio State. How does he project at the next level? READ MORE

The Ohio State Buckeyes had issues with Maryland quarterback Perry Hills' mobility all day. Nevertheless, they moved to 6-0 fairly easily in a 49-28 win. READ MORE