We are about a month removed from the Tampa Bay Lightning winning the Stanley Cup inside the Edmonton bubble. But as free agency marches on, the focus is being shifted to when the 2020-21 NHL season will begin. The NHL and NHLPA have stated they have a target date of January 1st. However, that could […] READ MORE 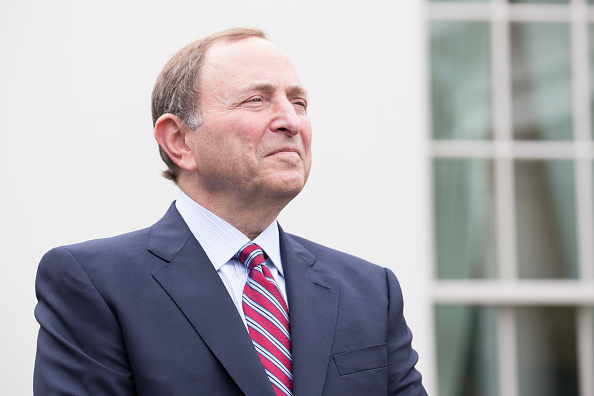 In July, National Hockey League Commissioner Gary Bettman maintained his stance on concussions and their link to the neurological disease chronic traumatic encephalopathy, or CTE. “From a medical science standpoint, there is no evidence yet that one necessarily leads to the other. I know there are a lot of theories, but if you ask people who […] READ MORE

An anonymous AP source with direct knowledge of the situation has reported that the NHL has decided to expand to Las Vegas allegedly for the 2017-18 season. Meanwhile the bid from Quebec City is out of the running. The NHL expands to another western market in the United States and denies another team to Canada, […] READ MORE

There are a lot of questions regarding Quebec, Carolina, Seattle & NHL expansion. Will the NHL be thriving in these cities for years to come? READ MORE

Gary Bettman has released his ruling on Dennis Wideman’s appeal of his twenty game suspension following his incident with linesman Don Henderson on January 27th, 2016.  Wideman has the option to further appeal the suspension to an independent third-party arbitrator if he so chooses. The following is the press release from the National Hockey League. […] READ MORE

With the announcement on Thursday that the 2017 NHL Entry Draft will be held in Chicago, one more NHL event in that year has been officially handed to a city not in Toronto. In 2014, then-MLSE president Tim Leiweke announced that the Maple Leafs were already making plans for the 2016-17 season, which will be recognized as the Leafs centennial. It was rumoured in that year that the team had asked the NHL for—among other things—the draft, the All-Star game, and the Winter Classic. READ MORE

Last Word on Sports is proud to present their hockey podcast, On the Powerplay with Ben and Dave. Join Ben Kerr and Dave Gove each week as they take a look around the Hockey World focusing on the big issues of the NHL and elsewhere. On this week’s edition: After being sent down to the AHL […] READ MORE