Even with a barely tolerable 50% win ratio, Ian Foster’s All Blacks gain a pass mark in the books of most fair-minded critics. Most, although the so-called ‘brutal fans’ might still struggle with the overall results of 2020.

Saturday’s victory over Argentina has pushed the team just into the pass category. Not a strong season, as management spoke forthrightly about blooding new player’s and confirming combinations – elements which contributed to as many poor performances as good.

While Ian Foster might have been given an unfortunate year in which to inherit his All Blacks side, few would deny that ‘any Test rugby, is better than no Test rugby’. A sentiment which did take some accommodating, after two losses back-to-back over the month of November.

Foster might not refer to it as a perfect introduction to his head coaching position, yet like so many, he has had to do the best with what he was given. No June tests, an interrupted Super Rugby season – even if the resulting Aotearoa competition was a fine example for others to copy. Not perfect, and less than ideal when proposed plans have to be amended due to the global pandemic.

He, along with the new coaching group, put together a successful North v South trial game, and that build-up went better than anticipated. New names emerged from Super Rugby success, to challenge for places in a large training squad.

When analyzing the final results of the International calendar though; and with so little to assess, the fairest conclusion is a pass mark for Ian Foster’s All Blacks.

Sure, you could critique further and say that any loss at all means it is a failed year. Even though in saying that, the modern game – where the difference between winning and losing is so minute compared to the previous six to seven years – the view is that in the debut season for Ian Foster’s All Blacks, he has done just enough to be judged as meeting the pass mark rate.

A pass mark is not only how you weigh up the outcomes. There are many factors involved, and along with his new skipper Sam Cane, the whole performance is seen as stepping stones. Mixing good with bad, meeting high standards as well as dipping below the acceptable tolerances of New Zealand (NZ) rugby. So the right judgment this year was mixed, not one All Blacks fans are used to though.

But, one they must become accustomed to while their new team unit continues to develop into a still somewhat unconfirmed 2021 International season.

Large organizations like NZ Rugby are less adept at change resulting from external factors. Most experiences are financially-based, but, never has a medical emergency such as a global pandemic, forced change on the national game like this.

Only just getting started, the Super Rugby competition was put on hold, and was ultimately cancelled. It upset those franchises but as much, it forced Ian Foster to adapt early in his term. He had wanted to watch his players complete the final year of the expanded conference system. Any concept now of matching his players against the World Champion Springboks or differing Australian styles went out the window.

Adapting on the go, a domestic competition was manufactured – although club competitions were impacted badly, the public glamoured for any rugby at all. Coronavirus hit rugby hard, club rugby very badly, so when afternoon fixtures were scheduled, the rugby-public fully embraced it. 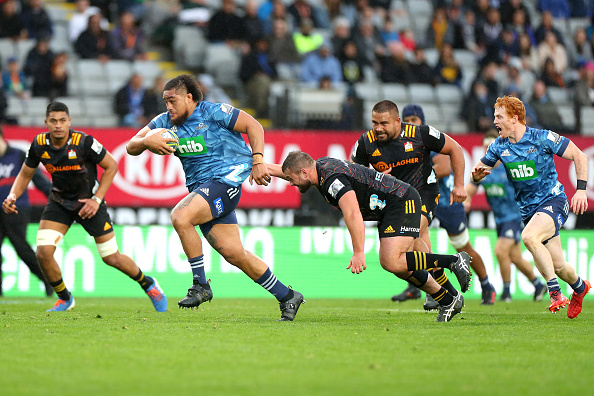 What it did was it forced the All Blacks to redesign their preseason. By the time the North v South game was finally rescheduled [due to Auckland’s ongoing Covid controls], less data was available for the new coaching team to digest. They had to adapt on the go, and post-August the delay in confirming any form of The Rugby Championship or Bledisloe Cup series left him far from settled on his best XV.

It then got messy! Words exchanged between the two trans-Tasman unions, the unsettling Covid-era even saw South Africa withdraw from Super Rugby 2021 prematurely. The relationships between all SANZAAR partners was at a low ebb……not conducive to Ian Foster being able to form an All Blacks playing group.

Gladly, once the timeline for The Rugby Championship was agreed to, concentrations moved onto a four-Test Bledisloe Cup series [including two TRC games] allowed planning to begin. With a date set, Foster and his group focused on forming a squad to meet Australia in Wellington on October 11.

TEST MATCH #1 – Drawn, and (only delivering) a quarter

A poor start from the reformed 2020 side gave more weight to the idea that such a new group was not up to task. Barely meeting their own expectations, a draw only perpetuated the distaste of Foster’s elevation. Possibly unfair after one game, he needed the side to reform, bond well, and head up to Auckland with pride and [literally] with the Cup on the line.

Lowlight: Rieko Ioane was shown a lesson in how not to secure the ball in the act of scoring a try, and in essence the thickness of a goal post was all that saw Reece Hodge miss his game-winning penalty kick.

Note: only at this time did South Africa confirm their withdrawal from the tournament. It then became a Tri Nations contest.

In a match where a new star was found, the whole side played twice as well. They had to, with Dave Rennie perking up Australian fans’ hopes and a rare chance to yank away the All Blacks prized treasure. Yet once again, Eden Park was the arena where the Wallabies fail to fire. For over 30 years, they had tried and failed. And after 80 minutes, Foster would have finally seen what he was originally looking for.

A new star found, as All Blacks win comfortably at Eden Park

Quality improvement over the full 23, even if they might have finished the match in better style [if they had the match-practice].  Missed tackles from the Aussies left space available, and with passes sticking, even Cane got in on the act of scoring a sharp, backrowers try.

The highlight of a shortened six-game season, the record margin matched the sublime performance. 5-43, the huge turnaround was enjoyed by All Blacks fans. It was not by the Wallabies though, as they look outclassed. Defeated, the bounce was almost gone from their form three weeks prior, and it seemed that confidence had filled the New Zealand dressing room.

A beaming Sam Cane played a McCaw-like role, and his smile postgame showed that the pressure of leading his country might have been a weight on his shoulders, but one that had not affected his play on the openside.

Australia looked unable to respond, in a similar way to how a visiting team feels when faced with the Crusaders. Rennie would have wanted some of his former-Chiefs side’s qualities to be on show. And after the game, he was left unimpressed and questioning some of his men’s efforts in Sydney.

TEST MATCH #4 – from victorious to vanquished in 7 days

Back to earth with a thump!

Every manager who has seen his team go from hero to zero, must find it hard to put their finger on it. In sport, the definition is ‘they were over-aroused’ by the win 7 days earlier, and they were deflated against Australia. To the host’s credit, they did not self-destruct, as has occurred in the past.

Queensland superman, Taniela Tupou proved his worth from the bench. Setting up and then sealing the win with a try on his Suncorp home track, it again reinforced the poor All Blacks form in Brisbane. A less than enthusiastic team suffered when Ofa Tu’ungafasi was red-carded. The prop was one of two players to be sent off in the test, alongside Lachlan Swinton. Poor technique undermined the side’s intentions, and Foster was dejected by the huge reduction in performance.

TEST MATCH #5 – the most famous win in Los Pumas history

This was the point where some questioned the side’s will and game plan. Because as the match continued, it was more obvious to fans that this Los Pumas team had come prepared, and the plan needed to change. When it failed, questions were raised of many senior players; Beauden Barrett given the helm at first-five, he seemed out of synch. And when that happens, the options taken by others were too often badly formulated.

All the credit must be given to Argentina. After sitting idle for so long, the prognosis was of an ‘ill-prepared bunch’. In the end, that observation was far off the mark. Pablo Matera was fearless, and head coach Mario Ledesma so proud of his men, his emotions almost overcame him. Besides the RWC 2007 third place, this result was the greatest moment for Los Pumas – and Ian Foster will surely be identified forever with this upset.

Not reacting positively during the game, the sour reaction afterward left a poor taste in some fans’ mouths.

Resuming the Tri Nations after a week of self-examination, the manner in which the side reacted repaired the external pressure. A more quality, controlled formula that resembled All Blacks’ sides of the recent era, Ian Foster managed to point the team in a winning direction. Taking penalty kicks, staying disciplined, and controlling the clean-outs, it was a better team unit.

The Argentinean team was off colour – similar in the way their opposition were against Australia. Strong on defence, it actually took over 60 minutes for New Zealand to begin to dominate. Three tries in the last quarter boosted the scoreline, but the strategies used impressed many observers. If not the best-formulated result, it was well earned.

And it announced Will Jordan as a true game-changer, which was a cherry on the top of this shortened campaign.

That's gotta be one of the best performances off the bench 🔥

Replacement back, Will Jordan, scores a double within minutes in just his second Test appearance 😲 🙌#TriNations highlights brought to you by @4PinesBeer 🍻 pic.twitter.com/EEmczUbk1W

Conclusion; a pass mark is within the 40 to 60 percentile mark. Average, although with highlights that give the year credence that would have been eroded if for one more bad result. Heaven forbid what reaction Ian Foster would have received? Yet now, he can take the next 12 months to fully embed into the position.

As skipper, Sam Cane has some learnings to take away and study on. His own form and input cannot be discounted. It is just the temerity in which he performs his captaincy that must improve in his sophomore year. Any further ups-and-downs will only see the pressure rise; and in 2020, that pressure told.

Hopefully, a June 2021 incoming test series is confirmed. Then a full Rugby Championship that includes South Africa; the only way to gauge success is against the All Blacks greatest combatants. And then, rounded off by a Grand Slam end-of-year tour. All that would be a more realistic measure of the coach’s impact.

This year was just a pass, and that is nothing to write home about.