With the season abandoned, World Rugby still had the pleasure of sharing the men’s and women’s HSBC Sevens Series Awards 2020 winners, and the much-respected Dream Teams before the abruptly ended 2019/20 calendar was stopped prematurely.

That did not diminish the quality of play though. And both the men’s and women’s teams were celebrated this week by World Rugby, in the team, individual, and in accomplishments measured this season.

New Zealand’s teams have rightly been crowned Champions, after the early season conclusion. Yet here, all teams were given credit, and the below list shows that wide acclaim.

World Rugby today confirmed the winners of the HSBC Sevens Series awards 2020. The awards recognize and celebrate the men’s and women’s players and teams, who have performed at the highest level across the season.

The best of the best. The Awards panel, including special guest panelists, HSBC Ambassadors Danielle Waterman and Bryan Habana, have determined the best seven men’s and women’s players to make up the HSBC Dream Teams.

Gilbert Top Try Scorer: An award for the top try scorer on the men’s and women’s series. 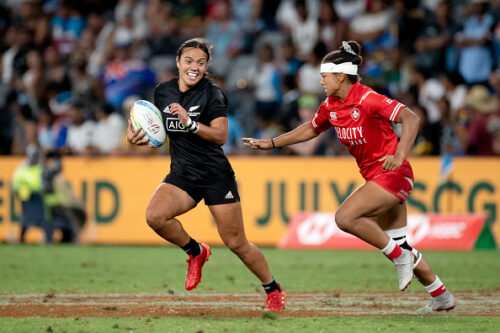 World Rugby Chairman Sir Bill Beaumont said: “On behalf of World Rugby I would like to congratulate all 24 women’s and men’s HSBC World Rugby Sevens Series 2020 award winners. Although the series this year was forced to conclude early there was no shortage of speed, skill, and spectacular tries on display from players and teams.

“Combined with unpredictable and awe-inspiring moments that embody the values of the game and remind us that rugby sevens is a truly unique and thrilling sport that will once again showcase itself to the worldwide audience at the Olympic Games in Tokyo next year.”

At the annual, end of year World Rugby Awards, the year’s best men’s and women’s players will be duly announced in their category.