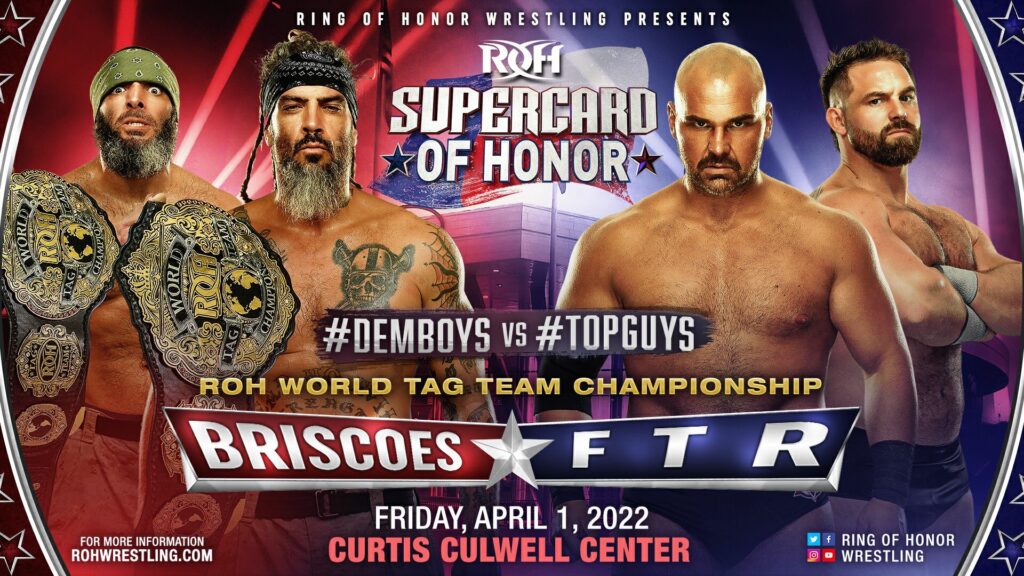 FTR has captured the ROH Tag Team Championships. They defeated The Briscoe Brothers at Supercard of Honor to win the titles. Your new #ROH World Tag Team Champions – #FTR !!! @DaxFTR and @CashWheelerFTR are victorious after that absolutely INSANE battle here at #ROH #SupercardofHonor! Watch it LIVE on @FiteTV, #HonorClub & @ppv_com! pic.twitter.com/FP7w2DApee — […] READ MORE 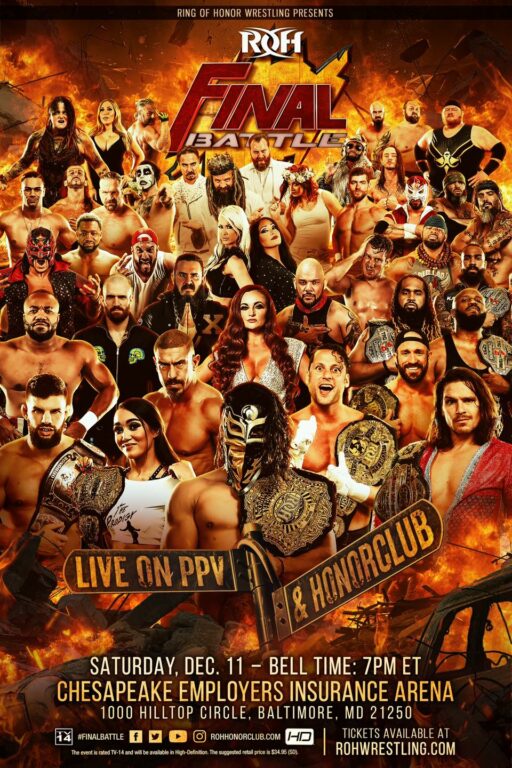 Ring of Honor (ROH) presents Final Battle 2021 on December 11th, 2021. As the final pay-per-view of this generation of Ring of Honor falls upon us, emotions will be high as the wrestlers look to leave it all in the ring. All six championships will be on the line. Each champion and challenger has the […] READ MORE 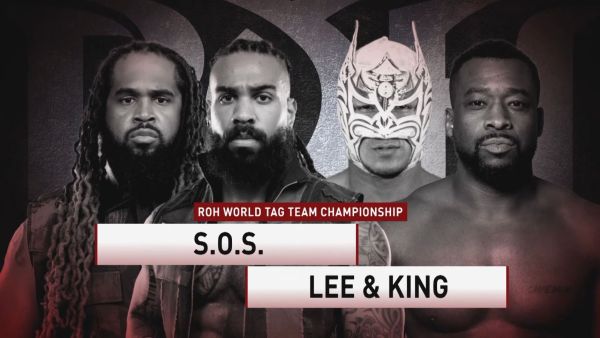 Ring of Honor returns to television this weekend for 60 minutes of action-packed wrestling. One title match will take place as the ROH World Tag Team Championship is on the line. The Foundation will also be in 8-man tag action. Let’s see what Ring of Honor has in store for us this weekend on ROH […] READ MORE 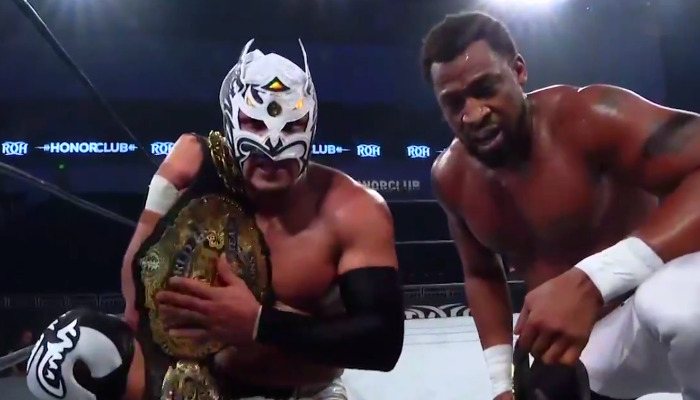 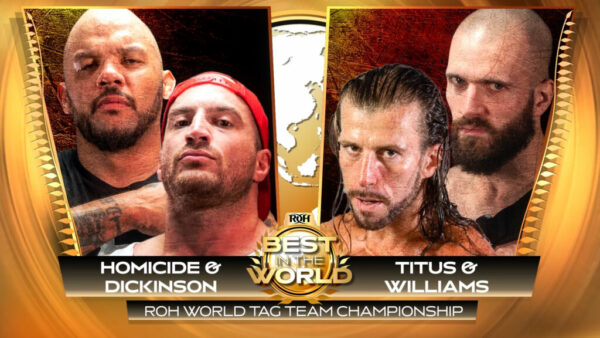 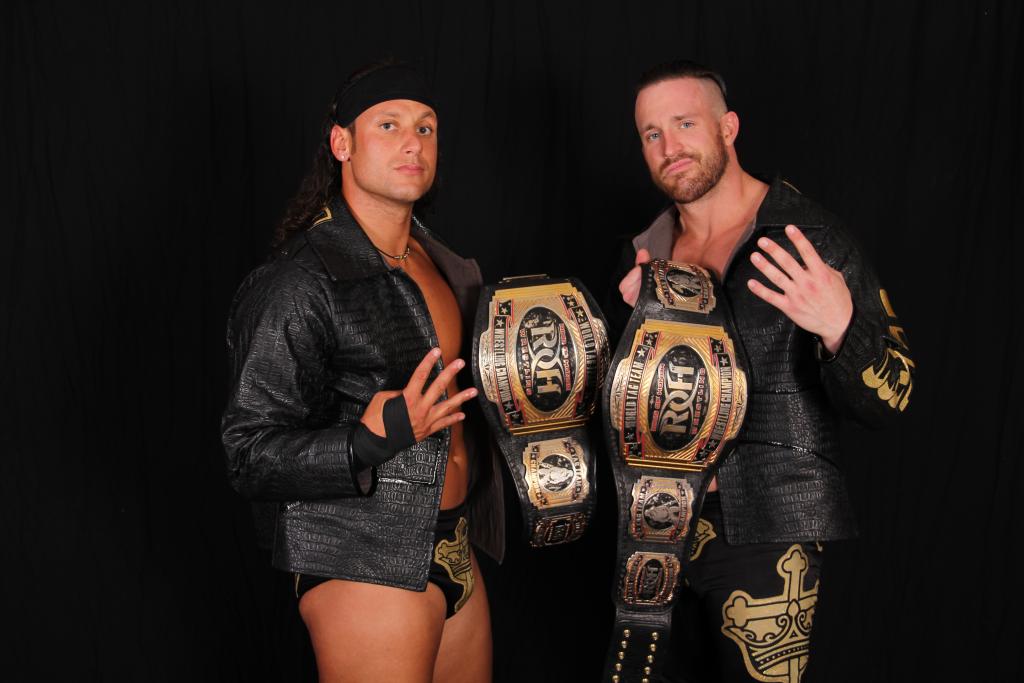 In 2015, following a successful one-year tag team run alongside Matt Taven in Ring of Honor as the Kingdom, Mike Bennett and Maria Kanellis opted to leave the company to sign with IMPACT Wrestling. A few months later, Taven effectively ended what was left of the faction when he kicked out former founder and leader, […] READ MORE