After an eventful spring season, STARDOM is preparing for arguably the busiest Summer in company history. With multiple PPVs planned for July, the 5STAR having its largest field ever, and an open gateway for foreign talent to return to the company, STARDOM is at its most hectic, and STARDOM Fight in the Top 2022 feels like the personification of that chaos. Much like the wider wrestling world, injuries are running rampant in STARDOM. The double main event, featuring back-to-back cage matches, features two wrestlers currently sidelined with head injuries as of this writing. Beyond that, there is only one championship on the line the entire show, a stark contrast to last month’s STARDOM Flashing Champions event which had a whopping seven title defenses. Seeing as this is one of STARDOM’s most unique cards in recent history, let’s go through what you can expect to see on STARDOM Fight in the Top 2022. 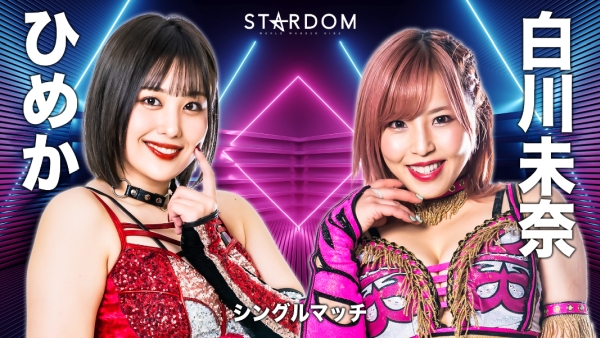 They Used to Be Friends

In the most convoluted matchup on a night that features elimination trios tags and cage matches, Himeka and Mina Shirakawa will face off in their third singles match against one another, but this time, things are personal. At the press conference for this show, it was revealed that Himeka and Shirakawa were close friends and supporters of one another at the beginning of their respective wrestling careers and beyond. Himeka believes that, within Cosmic Angels, Shirakawa will never shine and has lost all the drive and passion that made them friends in the first place. Is any of that true? Will this heated confrontation between old friends get ugly, or will Shirakawa finally prove that she can shine against Himeka despite being 0-2 in their previous singles encounters? 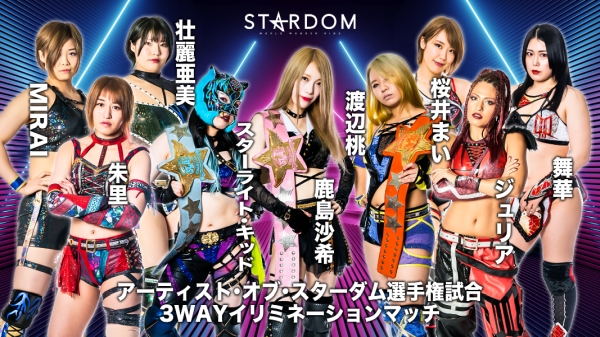 Three-Way Bedlam for the Artists of Stardom Championship

In the sole championship bout of the show, Oedo Tai’s Starlight Kid, Saki Kashima, and Momo Watanabe will be tasked with overcoming two fierce teams in a triple-threat elimination trios match for their coveted Artists titles. Not only are DDM returning to reclaim their titles with the altered lineup of Maika, Giulia, and Mai Sakurai, but the undefeated trio of Syuri, MIRAI, and Ami Sourei will also be searching for their first team-based championship. Luckily for Oedo Tai, the Elimination rules include Over The Top Rope eliminations, meaning just a couple of fortunately timed eliminations and one or two Zombie Revivals could get them their first successful title defense against two viable trios. Despite this, it is hard not to favor God’s Eye, whose Artists of Stardom Championship run feels like a mission from God that they will complete sooner rather than later. 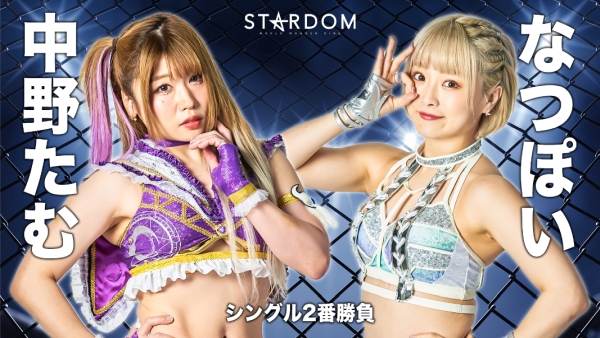 A Rematch So Nice, They’re Doing It Twice!

In the first of two cage matches of the night, Tam Nakano and Natsupoi renew their rivalry for the first of a two-match series taking place at the end of the month. This match will officially mark the first cage match in company history and could possibly be a throwback to Joshi cage matches of old, with a feud that has been consistent for over a year now. In Joshi history, the Cage Match has become one of the most respected and intensive stipulations imaginable, saved only for the fiercest rivals to compete within. Wrestlers like Bull Nakano, Aja Kong, and Akira Hokuto had star-making performances inside of a cage, and we could see Natsupoi and Tam Nakano attempt to follow in their footsteps.

Unfortunately, the question of whether Natsupoi will be deemed fit to compete in this match is still up in the air due to a head injury suffered early in the month at the hands of Momo Watanabe’s wrench. Poi is still scheduled to wrestle at STARDOM Fight in the Top 2022 on June 26th at the time of this writing. Then, just two days later, the follow-up match between the rivals is scheduled for June 28th inside Korakeun Hall. With their current all-time singles record sitting at 2-1 in Natsupoi’s favor, will Nakano be able to use this two-match series to overcome Natsupoi, or will Natsupoi finally claim her long-awaited first STARDOM victory over the Cosmic Leader? 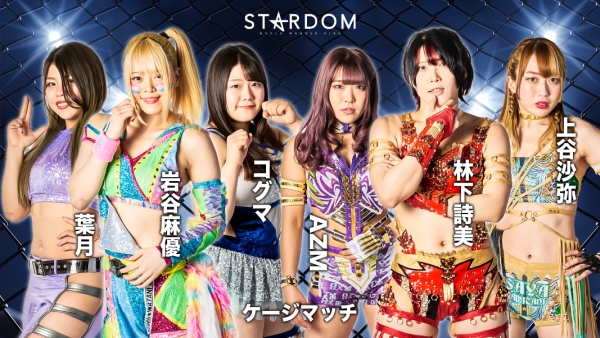 A Bear That Doesn’t Fly is Just a Bear

In the main event of the evening, Queen’s Quest will face STARS in a trios cage match that is sure to be unlike anything we’ve ever seen in a STARDOM ring. In what will likely be the antithesis of the classic Joshi cage match style that I mentioned previously, this match was referred to by Hazuki as “A Cage Match With No Score To Settle” due to the lack of a score to settle amongst the two teams. On the STARS side, Koguma, Hazuki, and Mayu Iwatani intend to surpass their incredible performance in their trios ladder match against Maihimepoi last year. Knowing Queen’s Quest isn’t a group to be outshined in terms of excitement, Koguma challenged AZM to fly with her inside of a steel cage match. AZM accepted the challenge on behalf of QQ, proclaiming that they will fly higher than the Bear and her teammates and become the Queens of the Cage Match. Since then, it was revealed that AZM suffered a head injury in a match against Koguma and STARS, and her status heading into STARDOM Fight in the Top 2022 is still up in the air. If the High-Speed Champion is able to recover in time, the creative minds involved could make this a must-see match.