New Japan Pro Wrestling (NJPW) has been finding its stride since the start of 2022, in large part due to the success of this year’s New Japan Cup. The single-elimination tournament has led to some crazy outcomes, stellar moments, and phenomenal matches. It has left fans thinking of the days before COVID-19 when NJPW was as hot as ever and having countless “match of the year” candidates time and time again.

This year’s New Japan Cup is down to four with the reigning, defending IWGP World Heavyweight Champion Kazuchika Okada having as real a shot as any to win it. He will be facing Tetsuya Naito in a rematch from February’s IWGP World Heavyweight Championship match at the New Years Golden Series where Okada successfully defended his championship. On the other side of the bracket will see Shingo Takagi try and earn his second trip in a row back to the finals against former Cup winner Zack Sabre Jr.

Here’s a look at the cards for both nights along with previews for the semi-final matches.

Out of the four competitors remaining in the New Japan Cup, Shingo Takagi is the only man to have never won it. Well, this could be his year to change that as he was seconds away from doing so last year before falling to Will Ospreay in the finals. Takagi’s last 365 days have been nothing short of amazing with the New Japan Cup really being the launching pad for his eventual rise to the IWGP World Heavyweight Championship. Takagi defeated Tomohiro Ishii, Tanga Loa, Chase Owens, and Hiromu Takahashi to earn his spot in the final four.

Opposing him will be none other than the world’s best technician, Zack Sabre Jr. He has been nothing short of crafty (as expected) throughout the tournament, using something new to take down his opponents each and every match. Sabre Jr. was able to defeat Takagi back in last year’s G1 Climax but would fail when the IWGP World Heavyweight Championship was put on the line. Sabre Jr. defeated young lion Ryohei Oiwa, DOUKI, Great-O-Khan, and last year’s winner Will Ospreay to get to this point in the New Japan Cup.

These two have faced one another three times in singles action with Takagi having the 2-1 lead in the series. Based on how this tournament has gone and how much damage each man has taken, it really does feel like a 50-50 battle. 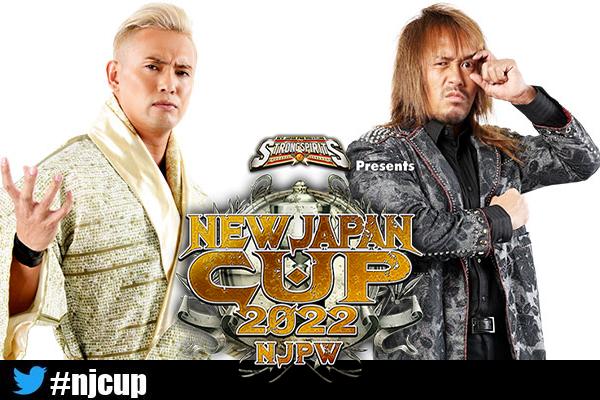 NJPW fans just saw this match a month ago but they will not complain about getting it for a second time. Kazuchika Okada and Tetsuya Naito delivered another classic encounter between them at New Years Golden Series as Naito pulled from the old bag of tricks, hitting a Stardust Press but was unable to pick up the win as “The Rainmaker” survived. It gave Okada the nod in their head-to-head series as six wins to five, making this matchup between the two NJPW greats that much more exciting.

Okada has been unstoppable since the G1 Climax began last year as his only singles loss since was against Tama Tonga. He’s defeated everyone else en route to being the IWGP World Champion. “The Rainmaker” is now trying to make more history by winning the New Japan Cup as the reigning champion, having gone through an interesting journey to get to this point. Okada defeated IWGP Junior Heavyweight Champion El Desperado in the opening round, following it up with wins over Master Wato, Taichi, and CIMA. It was an unexpected road for the champion but one which leads him to another guaranteed war with Naito.

Naito has survived this tournament. That’s all he has done. Naito has yet to defeat anyone with the Destino but instead roll up pins to steal victories left and right. A win is a win and Naito, more than anyone, knows it. The Los Ingobernables de Japon leader has defeated former NO LIMIT partner Yujiro Takahashi, Gedo, Hiroshi Tanahashi, and Jeff Cobb to earn another shot at Okada.

Will “The Rainmaker” continues his historic run in the New Japan Cup? Or will it be Naito tying up the head-to-head series and get payback for the loss last month? It should be another fantastic main event between these two.