All Japan Pro Wrestling’s 2022 started off very awkwardly with no Triple Crown Heavyweight Champion. This month, the company delivers its next notable show of 2022 yet with the AJPW EXCITE SERIES 2022 event on February 23. While not the last event of this tour, it will be the most crucial, featuring four championship matches 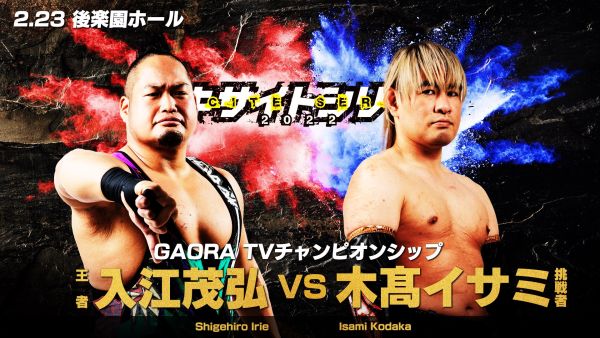 Shigehiro Irie has been the GAORA TV Champion since late October last year. He has had one championship defense and now battles an outsider of AJPW, Isami Kodaka. For fans that are unfamiliar with Kodaka, he is primarily recognized for his work in the deathmatch scene, notably in the promotions Big Japan Pro Wrestling and BASARA. He appeared for AJPW on occasion, even becoming a 2x All Asia Tag Team Champion. Irie and Kodaka confronted each other in DDT Pro-Wrestling in 2012, with Kodaka defeating Irie.

Recently, Isami Kodoka revived his tag team with Takao Omori, the team holding a victory over Irie and Shuji Ishikawa. With this marking Irie’s second title defense, it doesn’t seem likely an outsider of their company could win this championship. This isn’t totally out of the question, though, heading into this EXCITE SERIES 2022 event. Kodaka is a dedicated worker and makes everything count. This could also bring back the deathmatch focus that the championship had last year. Our prediction for this match is Shigehiro Irie retaining. 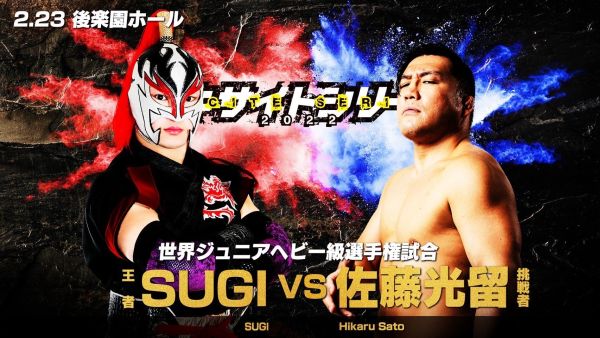 SUGI has been the World Junior Heavyweight Champion since early January, defeating Super Crazy to capture the championship. Since gaining it, SUGI has had two title defenses. His upcoming match is against a notable opponent known as Hikaru Sato, one of the veterans of All Japan Pro Wrestling. A ground-based wrestler, he was always a rival and teammate of the late Atsushi Aoki. Sato is also a former 2x World Junior Heavyweight Champion.

Since the erratic nature of AJPW’s junior heavyweight division started, Sato has felt like an afterthought, being relatively absent in the scene. In fact, he’s been notably known for his work with Suwama in the Evolution faction. This match marks the 3rd title defense for SUGI, which could be considered major; last year, he lost the championship on his 3rd title defense against Izanagi. This should be an intensely interesting mesh of styles.

SUGI is known for his high-flying offense. Meanwhile, Hikaru Sato boasts technical ability. Our prediction for this match is a new champion being crowned in Sato.  He hasn’t captured the championship since 2017, so it would definitely be a surprise. This would also bring a potential 3 championships in Evolution if the World Tag Team Champions retain as well. 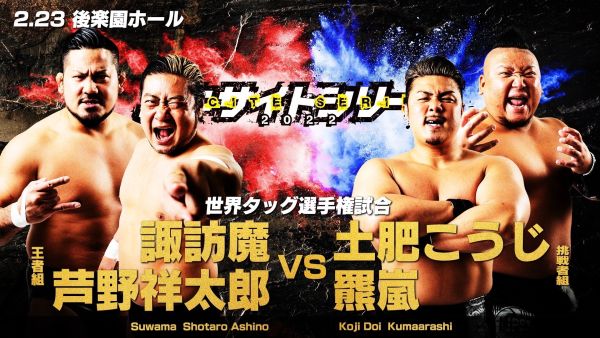 In the semi-main event, the World Tag Team Championship match between Runaway Suplex and Total Eclipse will take place. Runaway Suplex captured the World Tag Team Championship late last year and has had two championship defenses. At this EXCITE SERIES 2022 event, they face a team they faced in the past, most notably in the Real World Tag League: the team of Kuma Arashi and Koji Doi. These two teams faced off in the tag league’s semi-finals last year, with Arashi and Kuma defeating the champions.

After Suwama and Shotaro Ashino defeated Kento Miyahara and Yuma Aoyagi, they were challenged by Arashi and Doi. Both teams have been fighting for a match that is a long time coming. Ashino has been incredibly unlucky in the advances of Total Eclipse; the same could be believed for Suwama. Ashino still copes with the effect of these two being his brothers for many years as part of Enfants Terribles. This, however, brings more intrigue to the match. It could start a new slate for Evolution or continue the stranglehold that Total Eclipse has had on AJPW, particularly in the tag team and trios divisions.

Total Eclipse has already held the AJPW TV Six-Man Tag Team Championship, with their current All Asia Tag Team Champions being part of the faction as well. This is, in a way, the most crucial match for the defending champions. Our prediction for this match is the crowning of new champions in Arashi and Doi. They seem like one of the more logical teams to defeat the champions. Simultaneously, it gives Shotaro Ashino and Suwama a potential focus going in the Triple Crown Heavyweight Championship scene if Jake Lee isn’t the following challenger. This is, of course, provided Kento Miyahara retains in the main event. 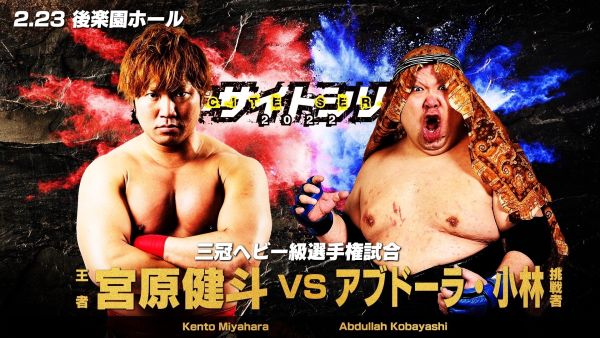 Abdullah Kobayashi was the scheduled challenger of Jake Lee, the then-Triple Crown Heavyweight Champion. Due to injury, however, Lee would vacate his championship. The title was later won by Miyahara at the end of the New Year Wars tour. They have had one match to hype this EXCITE SERIES 2022 encounter, with Kobayashi gaining a tag team victory. The chemistry of these two is unpredictable, mainly because Miyahara doesn’t have a victory over Kobayashi except in tag team form. The last singles match between these two ended in a no-contest.

This match undoubtedly gives the storyline between AJPW and BJPW more intrigue as well. Kobayashi is a former 5-time BJW Deathmatch Heavyweight Champion and Kento Miyahara is the ace of AJPW. When it comes to predicting this match, we see Kento Miyahara retaining the championship. The most burning question for this match is, who is the potential next challenger if Miyahara retains the championship?

Will Kento Miyahara retain his championship, or will Abdullah Kobayashi cause one of the biggest upsets in AJPW? Find out the answer to that question at EXCITE SERIES on February 23.