After a wild Friday night, Sean Henderson Presents returns on Saturday afternoon for Weekend At Sean’s 3, Night Two! Some new faces are on the card (not appearing Friday night) and the match combinations are once again on a dream match level! 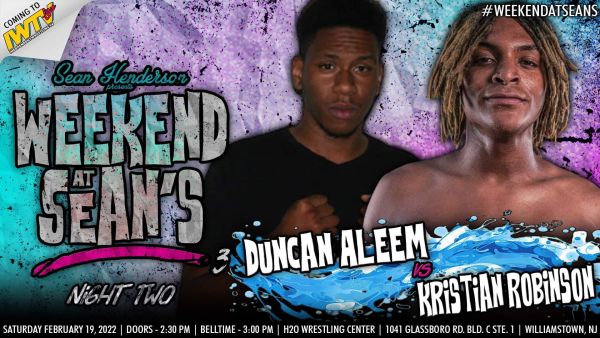 Two of the up and coming stars at the H2O Center, this match will not only leave people talking but help both wrestlers find more prominent places on shows in the future. Kristian Robinson seems to have a slight advantage over Duncan Aleem in terms of name recognition, but this is the time for both of them to step up. 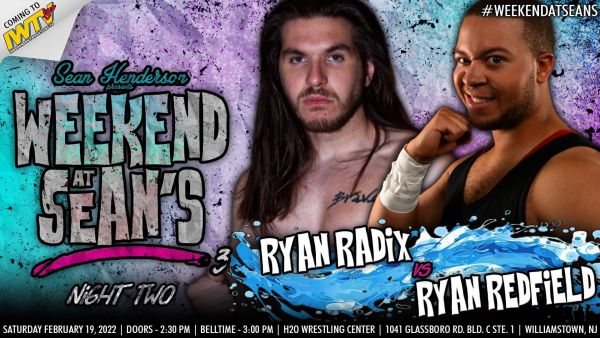 It’s always fun when two wrestlers with the same first name face each other. Ryan Redfield is perhaps the better known of these two and it also just feels like he’s one of the next H2O Wrestling students to really break out. This time next year, we might be talking about both of these wrestlers, but it seems certain Redfield is poised to have a break-out year in 2022 and it could very well start at Weekend At Sean’s 3, Night Two. 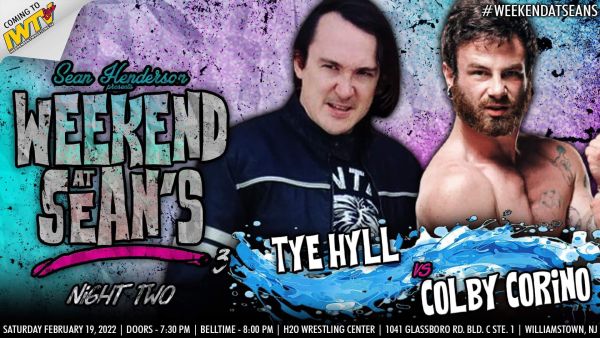 The night before this match, Tye Hyll will be taking on Jimmy Lloyd while Colby Corino will be facing Billie Starkz. Neither of those opponents give either wrestler in this match any sort of advantage, as they are both going to be tough battles, win or lose. However, it can be expected that Corino does in this match what he does best while Hyll also manages to exceed expectations (and expectations are high). 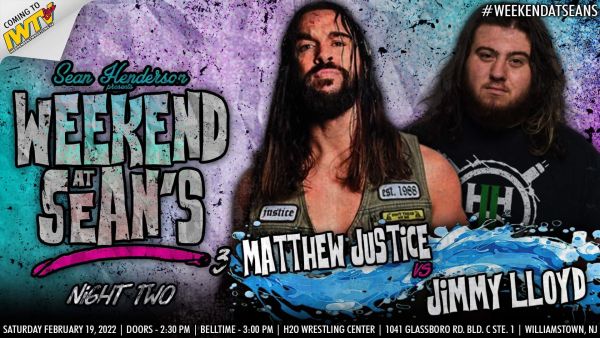 Jimmy Lloyd will have his hands full with Tye Hyll the night before this and then he somehow will find himself across the ring from Matthew Justice. This match is going to create quite the challenge for Lloyd, but he is more than capable of picking up wins in situations such as these. If anything works in the favor of Justice, it might be that Lloyd has a match the night before, but this match might just steal the entire weekend. 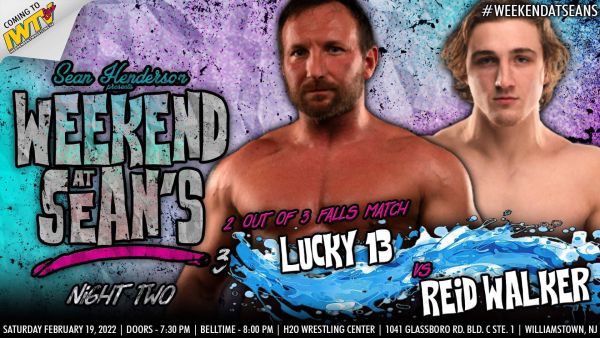 After what is sure to be a great match with Slim J, Reid Walker now looks to make a bigger name for himself in that younger wrestler vs veteran wrestler way against Lucky 13. The energetic youth of Walker might be what allows him to survive a 2 out of 3 Falls Match. However, it might also come down to the experience of Lucky 13; this could very well be the deciding factor in this match. 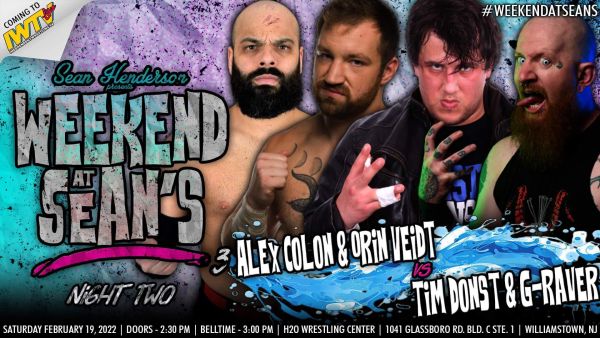 Four of the most violent people in the world- all with matches on Friday night except for Tim Donst– team up to create a tag team match of sheer violence. Tim Donst and G-Raver are probably about as good of friends as Alex Colon and Orin Veidt are, so this one might end up looking more like a fatal four-way at some point, but with the amount of talent in here, the blood is going to flow and whoever is left standing last certainly deserves some form of an award. 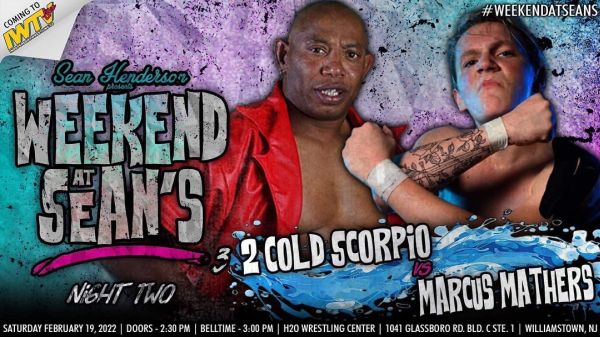 Everything about Marcus Mathers going into his match on Friday night against G-Raver can be applied to this match except now, in this match, Mathers is facing an entirely new level of violence than what which G-Raver presents. More importantly perhaps, Mathers is coming up against a bit more experience as well. This will be a good match and 2 Cold Scorpio will be pushed by Mathers in a way that makes the veteran appreciate that he is still wrestling. With that said, Marcus Mathers scoring a win over the experience alone of Scorpio would be a huge upset. Some younger wrestlers have an easier time defeating older wrestlers, but 2 Cold Scorpio can still hang with the best of them.

Stay tuned to the Last Word on Pro Wrestling for more on this and other stories from around the world of wrestling, as they develop. You can always count on LWOPW to be on top of the major news in the wrestling world, as well as to provide you with analysis, previews, videos, interviews, and editorials on the wrestling world. Learn more about Sean Henderson Presents on Twitter and IWTV.