Following what has been a historical year for Mission Pro Wrestling, they look to kick things off in 2022 with a big show with big names! In terms of kicking off the year with a bang, this is quite possibly the best way to do it. Let’s take a closer look at Mission Pro Wrestling’s Crazy Train. 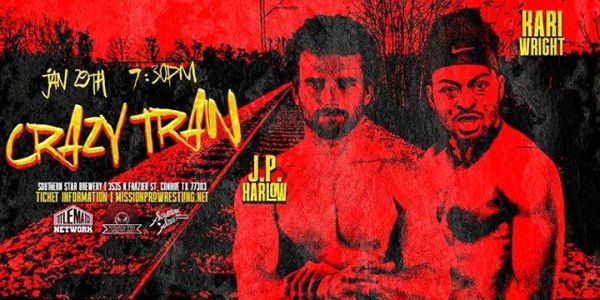 While most wrestling promotions have one women’s match on their show and then seven or more matches with all men, Mission Pro Wrestling is doing the inverted version of that by putting one men’s match on a show full of women’s wrestling. JP Harlow is no joke, though, as he has wins in Mission Pro Wrestling over the number one contender to AC Mack’s Independent Wrestling Title, David Ali, as well as most recently Matt Vandagriff. Kari Wright is relatively new to Mission Pro, but if one was looking to make an impression, a win here would be the way to do it. 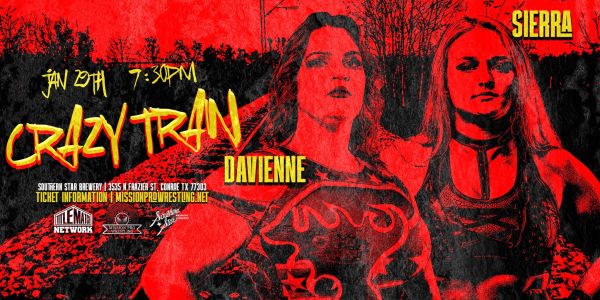 During 2021, Davienne spent time in the New England area proving why she is one of the best wrestlers in the world today. Now, Davienne has the chance to prove it by returning to Texas, making her Mission Pro Wrestling debut against Sierra. This match could steal the show and also help the rest of the country know what New England already knows: when you get into the ring with Davienne, you are going to fight one of the best today. 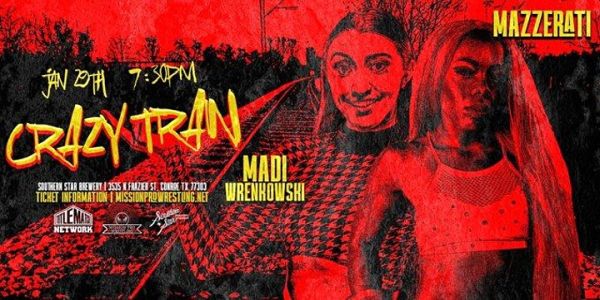 Back at Sea to Shining Sea in November, Holidead successfully defended the MPW title against Madi Wrenkowski. While Wrenkowski must be regrouping and trying to get back on that winning track, she has done well so far with a victory over Lady Frost back in December at Silver Bells. Mazzerati has been in Ring of Honor, All Elite Wrestling, and LA Fights recently, though she hasn’t really had a lot of success in terms of wins. This will be a big match for her as she aims to get on the winning track and into a title picture where Madi Wrenkowski already was but couldn’t get the job done. This will be a fight. 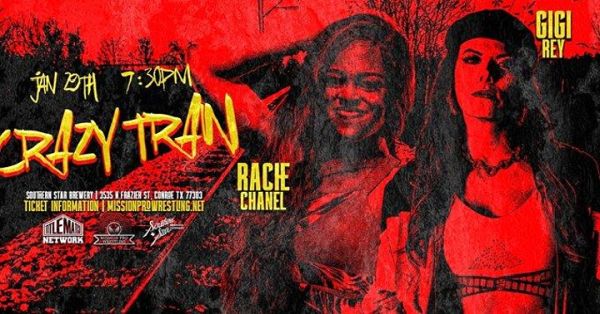 While Gigi Rey was last seen in MPW back in July of 2021, with a win over Lady Bird Monroe, Rache Chanel has been on a winning streak with victories over Monroe, Kelsey Raegan, Zeda Zhang, and Joey Gonzo. A win here for Chanel might just put her in line for an MPW title shot while Gigi Rey is going to be looking to just get back into the swing of things. 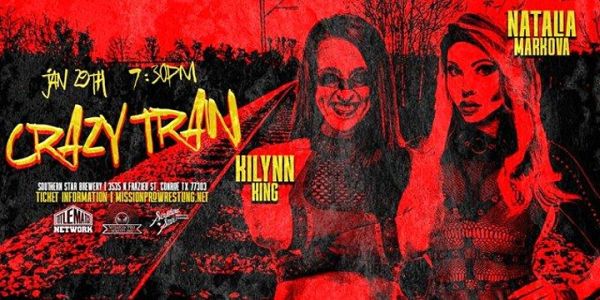 KiLynn King and Natalia Markova are two of the best wrestlers in the world today, making this a match you do not want to miss. King has been on an absolute roll in MPW with wins over Jennacide and The WOAD. Meanwhile, Markova has been making a name for herself in the National Wrestling Alliance. This is one of those cross-promotional matches that only Mission Pro can deliver and it is going to deliver hard. 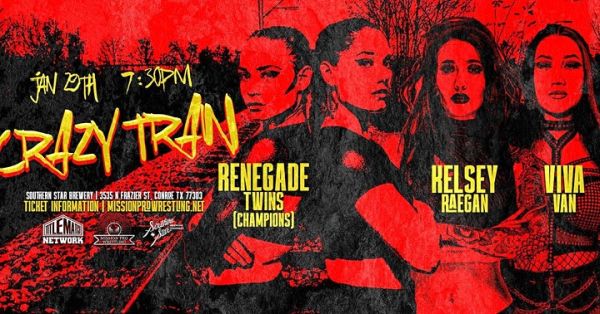 Viva Van hasn’t been seen in MPW since May of 2021, when she lost in a triple threat to Vipress. Van has had some big wins in 2021, but Kelsey Raegan hasn’t exactly been on the winning side of things in MPW, either. Raegan is currently in a tag team with Chelsea Durden, as The Prophecy, but the advantage of teaming together has to go to the MPW Tag Team Champions. The Renegade Twins may not have an easy time doing it, but they should be able to pick up the win and retain their titles here. 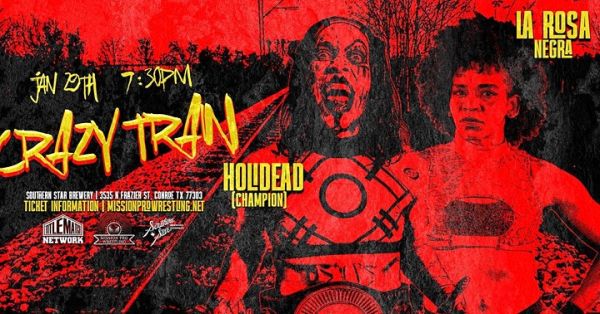 Everything involving these two women really started to heat up back in October of 2021. Holidead won a Buried Hatchet Battle Royal, which earned her a title shot at her time and place of choosing. Jazmin Allure had a big moment in the main event when she defeated La Rosa Negra to capture the MPW Championship. However, Holidead played spoiler to this moment, cashing in on Allure and becoming the new MPW Champion. From there, Holidead successfully defended the MPW title against Madi Wrenkowski and Black Widow. Negra won a #1 Contendership Scramble in December, on the last show, earning this title shot by defeating such names as Allure and Jennacide.

Now, it all comes down to La Rosa Negra getting that title shot- a rematch of sorts- against the champion who technically never beat her for the title, Holidead. Negra was not able to receive a rematch against the wrestler who beat her- Allure- and Holidead never defeated Negra for the title; let this sink in. Holidead needs to win this match to cement her title reign and she will be looking to do just that. This has all of the makings of a big fight feel!

Jennacide has also been announced to appear at Crazy Train, though no match has been made. Mission Pro Wrestling’s Crazy Train will stream live on Title Match Network from Conroe, Texas. For tickets and more information, please visit Eventbrite.

Stay tuned to the Last Word on Pro Wrestling for more on this and other stories from around the world of wrestling, as they develop. You can always count on LWOPW to be on top of the major news in the wrestling world, as well as to provide you with analysis, previews, videos, interviews, and editorials on the wrestling world.  If you are unable to attend Crazy Train in person, it will be streaming live and later available on-demand on the Title Match Wrestling Network. You can also enjoy all of MPW’s back catalog of shows on their network.