All Japan Pro Wrestling’s (AJPW) first two shows of 2022 are known as the New Year Wars tour. With the first event concluding yesterday, the second show is headlined by a major World Tag Team Championship title match, with two other title matches taking place on this show. Let’s get into the action set for AJPW New Year Wars 2022 Night Two. 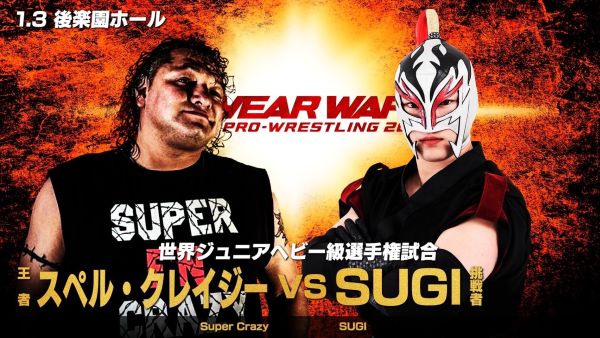 The AJPW World Junior Heavyweight Championship scene in the past year has been changing sporadically, with new champions being crowned consistently. In one of the first title matches of the New Year Wars 2022 event, Super Crazy makes his first title defense against SUGI. SUGI is a former World Junior Heavyweight Champion, being one of the most successful champions in 2021 with two title defenses.

Super Crazy would defeat Izanagi for the championship at the AJP Prime Night. SUGI challenged Super Crazy, leading to this World Junior Heavyweight Championship match today. It’s one of the matches that’s incredibly hard to predict; Super Crazy just won the championship, but SUGI is a former champion. SUGI could be a heavy favorite to potentially regain the championship he lost last year and secure it for a second time. 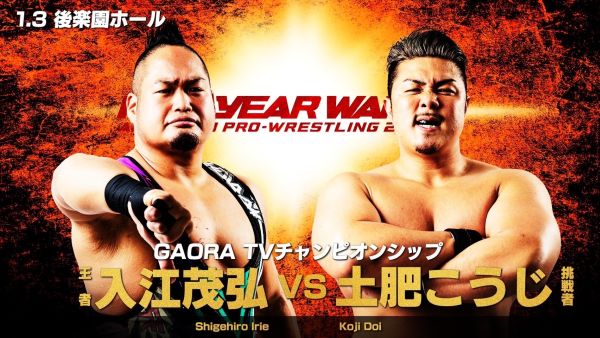 In the semifinal match, the GAORA TV Championship is on the line as Shigehiro Irie battles Koji Doi. Doi has been a staple of Total Eclipse since the formation of the faction, entering the finals of the recent Real World Tag League. In that tour, Doi & Kuma Arashi defeated Irie & Zeus. This would lead to Doi challenging for GAORA TV title.

With Jake Lee currently inactive due to injury, Koji Doi may further his goals by defeating Shigehiro Irie. More faction members could break out as well, as we saw recently with Hokuto Omori & Yusuke Kodama capturing the All Asia tag team titles. Besides Lee, no other member of Total Eclipse has won a singles championship; Doi could be the one to accomplish that goal. This would be major considering Irie would defeat the Purple Haze’s leader.

The history between these pairings alone led to a great match in the past; this could be one of the best tag title matches to start 2022. However, the match itself is hard to call. These teams are the mainstays of AJPW’s tag team scene. Suwama & Miyahara are notorious rivals while Ashino & Yuma have been rivals from the days of Enfant Terribles in mid-2020.

If we were to make a call, it would be for the champions to retain. Miyahara & Aoyagi could focus on the Triple Crown Championship scene since the belt is vacant. The same could be said for Suwama & Shotaro Ashino. As recently announced, Ashino signed a contract with All Japan Pro Wrestling. This should still be a fantastic title match for the second night of New Year Wars 2022. The only thing that is certain is the second night of New Year Wars could bring major implications of what All Japan Pro Wrestling has in store for this year.