While The Wrestival might unofficially start with Pizza Party Pro prior to this event, that $100 golden ticket deal begins here and in many ways, The Wrestival also begins with the Season 3 Finale of Uncharted Territory. With the finals of the Tag Team Discovery Gauntlet and the Independent Wrestling Championship on the line, this is going to be a can’t-miss card! 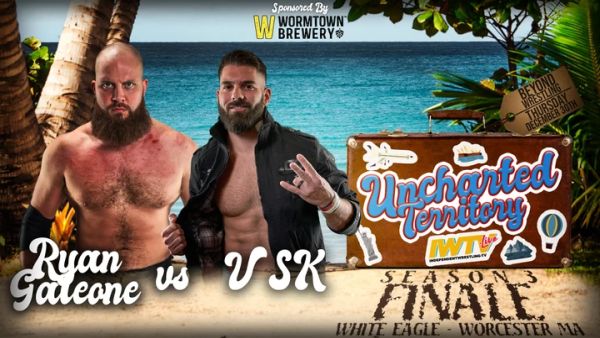 Ryan Galeone is a big man who likes to take to the air while VSK is one of the best technical wrestlers in the world today. These two have history, coming up in the same area, but have never wrestled each other before, so this is going to be quite the match. Heading into Heavy Lies The Crown without a match for either of these wrestlers means they will both likely try and have this show outdo that show. Though, in all fairness, VSK will defend the Bedlam Championship on Saturday at Blitzkrieg! Pro’s show on The Wrestival and that might just steal the entire weekend. 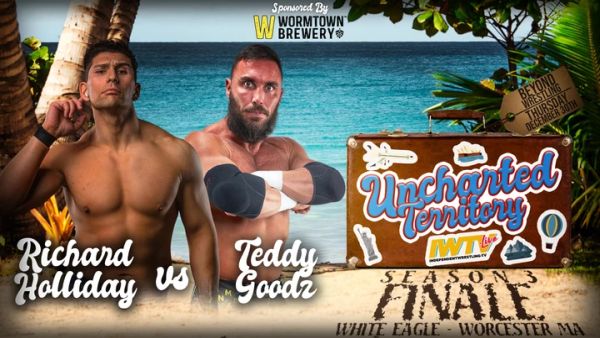 There has to be nothing but respect for Teddy Goodz following the Season 3 Finale of Uncharted Territory. Week in and week out, Goodz put on some of the best matches of the season and what does it get him? A Worcester Street Fight with Richard Holliday. Sure, they have history, but Goodz was just feuding with Club Cam. Before that, Goodz was feuding with The OGK. While none of those feuds played out into a big pay off match for Heavy Lies The Crown– a card that Goodz is still, sadly, absent from- this could be the show-stealing match of this card and though many might nominate Masha Slamovich as the MVP of Uncharted Territory this season (and rightfully so) Teddy Goodz has to be given some sort of appreciation award for doing the best with what was placed before him. 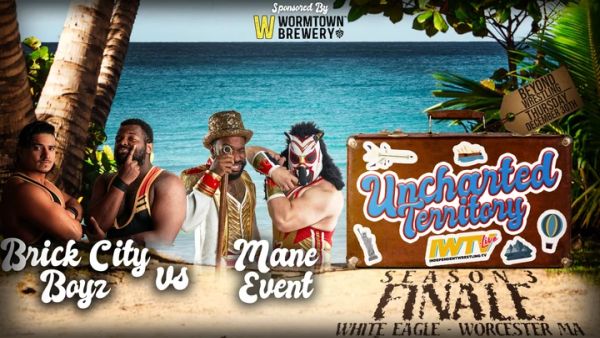 With ten matches scheduled for Heavy Lies The Crown, it seems unlikely at this point that the payoff match between Brick City Boyz and Waves & Curls is going to happen in a Beyond Wrestling ring (Though it did happen this past Sunday at Top Rope Pro, so maybe that is all we get for now) This should be a great tag team match with both teams being in control of the Tag Team Discovery Gauntlet at some point this past season. Both teams seem to be itching for that spot on the Beyond Wrestling roster where they can feel like they have more steady matches. This is going to be about making noise and both of these teams can do it, even if this doesn’t seem like the way that the year should’ve ended for them. 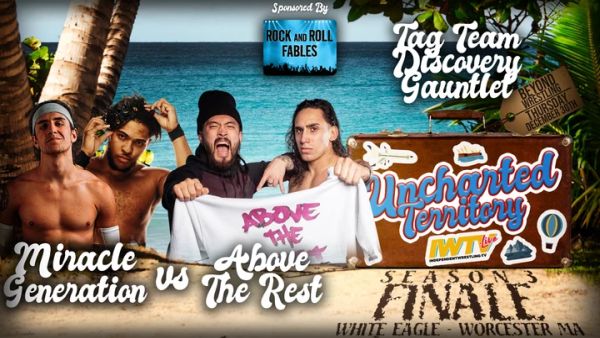 Tag Team Discovery Gauntlet: Miracle Generation vs Above The Rest 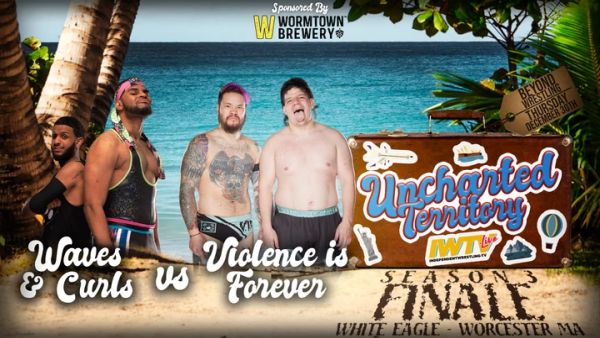 Waves & Curls vs Violence Is Forever

For this match, Violence Is Forever will have just wrestled three other teams as part of Pizza Party Pro while Waves & Curls will likely be wondering why they’re not getting some form of retribution against Brick City Boyz, who really only dethroned them in the Tag Team Discovery Gauntlet because of a minor injury. This should be a fantastic match but like the BCB-Mane Event match before it, one has to wonder why the obvious match of Brick City Boyz vs Waves & Curls wasn’t planned for The Wrestival. On its own, this is a match worth watching a hundred times over, but perhaps Beyond should have gone with the match which had some history and storytelling behind it.

This match can go one of two ways, as most matches tend to do, and neither way really seems like it benefits either of the wrestlers involved. On one hand, Alex Shelley can retain the IWTV Independent Wrestling World Championship here, but as someone who has already spent their glory days in both Ring of Honor and Total Nonstop Action Wrestling, that feels like a mistake. At the same time, if Matt Makowski is being primed to be the next champion (which many believe that he is), why not have Makowski win it from Wheeler Yuta and avoid putting it on Shelley in the first place?

What will happen here is that either Alex Shelley retains, leaving fans wondering what makes him a better wrestler to carry this title that has helped elevate up and coming stars of the future (who have not been to ROH and TNA before) or Matt Makowski wins and it just feels like the way to get there was taken in a bit of a roundabout. One thing which does hold true, however, is that both Anthony Henry and Marcus Mathers have Independent Wrestling title matches during The Wrestival. These matches have both been announced as vs Alex Shelley with no mention made as to whether or not the matches are specifically against Shelley (title or not) or against the Independent Wrestling Champion.

It would be nice to see Matt Makowski win the IWTV Independent Wrestling World Championship here, not just because it is well deserved and perhaps overdue but because of the level of chaos it could throw into The Wrestival, with Makowski then taking on Henry and Mathers on Friday and Saturday, respectively. But perhaps the match graphics are meant to be more of a spoiler and this should just be enjoyed as a great wrestling match without the title changing hands.

Even though Beyond Wrestling will return a little over 24 hours after this show for Heavy Lies The Crown on New Year’s Eve, many of these wrestlers will not appear throughout the rest of the weekend. Somehow, as of this writing, only four of these wrestlers have matches scheduled for Friday and/or Saturday. There also was no spotlight match last week, so whether or not there is one this week remains to be seen, but with only six matches announced as of this writing, it could be expected that one or two more are added before showtime.

Uncharted Territory Season 3, Episode 13 takes place in Worcester, MA on December 30, 2021 as part of The Wrestival! It will stream live on IWTV. Tickets and more information can be found here.