Tuesday night is the final episode of NXT before the special edition of The Great American Bash, which marks the second year in a row that the event makes its return to television. A massive triple threat tag team match will decide the next number one contender’s for the NXT Women’s Tag Team Championships. Here’s a look at the WWE NXT card for Tuesday.

Candice LeRae and Indi Hartwell will learn who their next opponents are on Tuesday night as two pairs of former champions and a brand new team face off to become the new number one contender. Raquel Gonzalez and Dakota Kai were the inaugural NXT Women’s Tag Team Champions and with Kai without gold, they have been chasing them ever since. Shotzi Blackheart and Ember Moon want their titles back as well seeing they were the team to lose to LeRae and Hartwell. Io Shirai and Zoey Stark are the most interesting duo as they will have to have created chemistry very quickly if they want a shot at gold. This match should be full of chaos and must-see action as the best women’s division in the United States takes aim to steal the show. 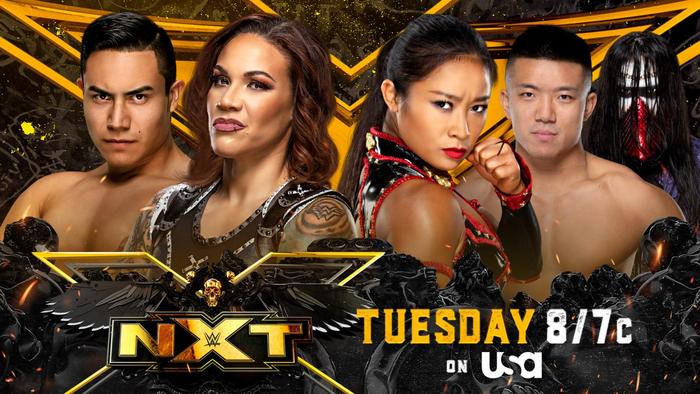 Mercedes Martinez found a partner last week when Jake Atlas attacked Boa, which is leading to the first match where Tian Sha teams up. Xia Li has the win over Martinez after defeating her at NXT TakeOver: In Your House. This will be the first time Boa is in action since October of 2019, so all eyes should be on him to see what Tian Sha has taught him.