Unagi Sayaka debuted in Stardom on Nov. 14, 2020, to finish forming the remainder of the Cosmic Angels alongside leader Tam Nakano and Mina Shirakawa. Sayaka made the move over from Tokyo Joshi Pro Wrestling (TJPW) to be a major part of this brand-new faction. Big credit to her, as she had only been in wrestling for under two years at this point. With Nakano and Shirakawa, Sayaka went on to win the Artists of Stardom Championships a month later and has held them ever since. But during all this time, Sayaka has done far more than just be a part of the Cosmic Angels. She has pushed herself to the front of the line as one of Stardom’s next breakout stars and even better for her — a wrestler who can be considered one of wrestling’s best underdogs.

In professional wrestling, the best way to make a new star is by an interesting machine. One is to have them win, win, and win again to get the fans on their side as a strong performer who seems unbeatable. The other? Lose but in a valiant way. That defines who Unagi Sayaka has become in Stardom thus far. An underdog who gets hit and takes the best from her opponents, but gets up and keeps fighting. It’s the ultimate underdog mentality so that when the day she rises to the very top, she will be a massive star with the fans behind her. And we are seeing that more than ever right now.

What is important to remember is that Sayaka didn’t do it all alone. The right opponents, matches, and moments have got Sayaka to where she stands now as one of the best underdogs in professional wrestling.

The beauty of the Seven Match Trials Series is that it established who Unagi Sayaka was going to be as a competitor moving forward as soon as the first match. Before Giulia had lost her title, she was the most confident competitor in professional wrestling. And she went in on Sayaka in the initial match of the series. She bullied the Cosmic Angel, making it very clear to her that she was not on her level. Nor would she ever be. While Sayaka’s offense was a mere couple of forearms and a leg drop in this match, it gave the fans someone to feel for. Giulia’s destruction of Sayaka was one of the best one-sided matches all year. Sayaka showed heart, but Giulia showed no mercy. It continued in her second match with AZM as well, as the high-speed superstar made even quicker work of Sayaka.

Sayaka’s match with Mayu Iwatani may have been the one that really showed that Sayaka was not only an underdog in Stardom but in the eyes of the entire roster. Iwatani wanted nothing to do with this match and brought out a side of herself that felt like a completely different human being. Iwatani stiffed Sayaka to no end, but it still saw Unagi get up. That was the beauty of this series. All seven of her opponents methodically decimated her, took their time, and overlooked who she was. But she showed ultimate heart which displayed more than anything the type of competitor she was going to be. She had a fight that an underdog needs. She suffered defeat to Himeka, Konami, Bea Priestley, and Syuri, but the more the matches went on, the more confidence she gained. This was just the beginning.

An All-Star Win Over Legends 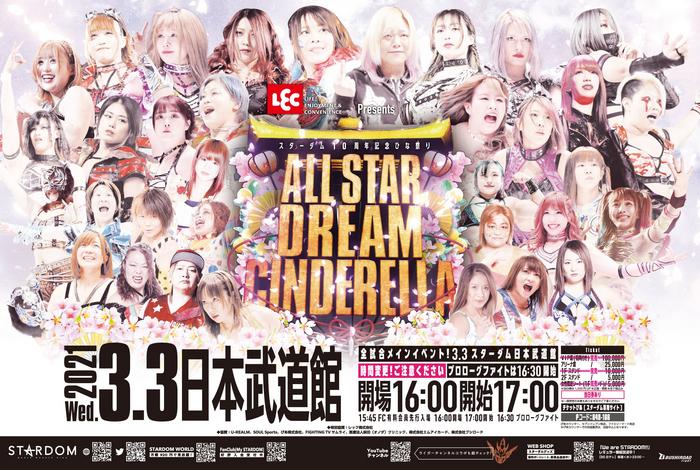 The All Star Rumble at All Star Dream Cinderella was a messy one, but a match that contained countless legends throughout Joshi history. Chigusa Nagayo, Yoko Bito, Emi Sakura, and former Wonder of Stardom Champion and Stardom legend, Yuzuki Aikawa, made up an immense number of legends in the match that night. As the match got down to the end, it was between Sayaka, Cosmic Angels stablemate Mina Shirakawa, and Aikawa. The two attempted to handicap the Stardom legend, but Aikawa turned back the clock and showed that she was the superior competitor to the new age despite being out of action for years. Aikawa managed to eliminate Shirakawa, but it was Unagi Sayaka who tossed out Aikawa to pick up the very first singles win of her career.

This was a major moment as at one point in the match everyone unloaded on Sayaka after she was fresh off of two weeks of getting beat and injured. She was all taped up but managed to survive and earn the biggest win of her career. While there may not be anything on the line in this match, it was a special moment for her and you could feel it. This match solidified that she was someone Stardom was beginning to believe in as an underdog, which this win displayed yet again.

It’s funny to call a champion an underdog, but a lot of the Cosmic Angels’ success shines through Tam Nakano. Sayaka, however, has only improved and that’s why her spot in the Cinderella Tournament shouldn’t surprise anyone.

Shining in the Cinderella Tournament 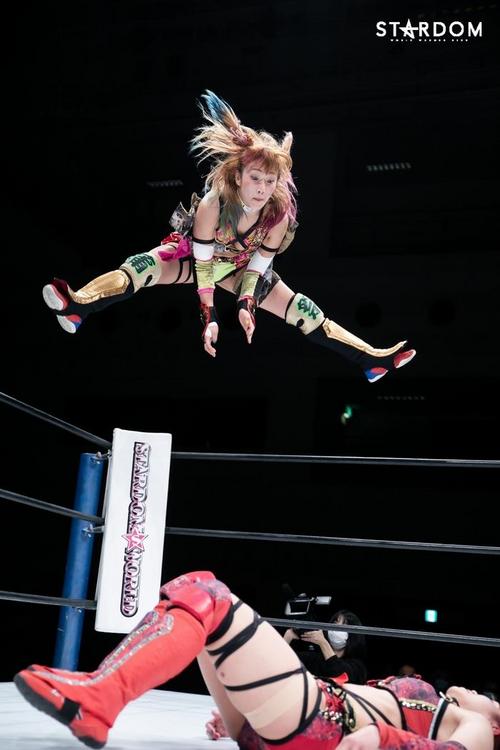 The Cinderella Tournament has been, for years, a tournament where new stars are born in Stardom. Fans have seen it with the likes of Arisa Hoshiki and Momo Watanabe win the tournament and be established moving forward. Well, as we sit here now, Sayaka is shocking the world as she is one of four who remain in the tournament. With a win in the first round over Oedo Tai leader Natsuko Tora, it began to set in that maybe, just maybe, the underdog could do it. Of course, the brilliance of the over-the-top-rope played well for her as that was the only way it seemed she could beat Tora, but a win is a win. Every major singles win she has had has utilized the top rope finish, which is why she remains an underdog despite the wins.

The biggest win came in the quarterfinals. She would face off with World of Stardom Championship number one contender, Syuri. The same woman who defeated the World of Stardom Champion Utami Hayashishita earlier that same night and is the reigning SWA Champion. So much felt like it was Syuri’s show to win and in the main event, the unlikely happened. Sayaka managed to eliminate Syuri using the top rope to aid her. As they hung on the apron, it was truly stunning when Syuri crashed to the floor and Sayaka solidified her spot with Maika in the semifinals. Every major win, as stated, is by the magic of survival for Sayaka. That’s the reason she is such a force when it comes to being an underdog. Every match doesn’t feel like she will win, but a part of you has to feel there’s a chance.

Sayaka’s ability to stun and rise above is important. One that destines her for greatness. 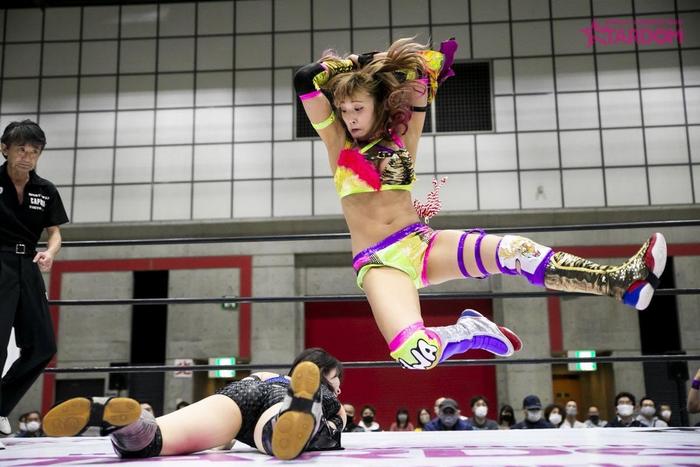 The art of the underdog is not so simple. There has to be a trait built into a wrestler that allows fans to sympathize, feel for, and eventually cheer for at the end of the day. Unagi Sayaka has developed that. Through determination, suffering at the rath of her opponents, and having a “never say die” attitude, Sayaka is driving her way to be one of Stardom’s top competitors. She still has things to work on in her work as she must continue to hone in her craft, but every outing shows a little more of how it’s her heart that mirrors a champion that will get her to the mountain top. Sayaka, maybe even more than Nakano, is the centerpiece of what the Cosmic Angels are. Nakano was already made prior to the group. Now the group continues to elevate Sayaka to new heights as they rise.

It’s the heart that makes her Stardom’s ultimate underdog, one of wrestling’s best underdogs, and a future singles champion — whether that be the Wonder or World of Stardom Championship. Time will tell there.