After seven high-quality ALIVE shows under their belt, AAW Wrestling is making its long-awaited return to 115 Bourbon Street for AAW Take No Prisoners 2021. The show, scheduled for May 7th, is set to be a great one, with two announced title matches, what will likely be a phenomenal women’s matchup, and a match featuring one of the hottest luchadors in the world. With more matches likely to be announced, here is what is confirmed to be in store for AAW’s return to Merrionette Park on Friday night. 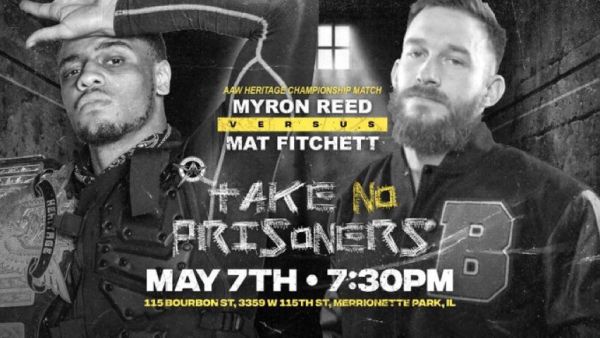 The Besties Continue Their Singles Expedition

After cementing their names as the most decorated tag team champions in AAW history, both Davey Vega and Mat Fitchett have made their respective returns to singles action on AAW ALIVE. For Fitchett, a win over Thomas Shire has led to him challenging Myron Reed for the AAW Heritage Championship at Take No Prisoners. The two men have a loaded history in AAW and elsewhere but have yet to meet one-on-one inside an AAW ring. A win for Fitchett here would also set him even with his tag team partner, who won the Heritage Championship back in 2015 in a battle against Louis Lyndon.

Speaking of Davey Vega, he will also be in a high-profile singles match, facing off against ACH in a special singles match. Similar to Reed and Fitchet, Vega and ACH also have a long history together, but rather as friends than as enemies. Having teamed up as The A-Team and eventually as The Super Besties, Vega and ACH have teamed together quite frequently throughout each man’s career dating all the way back to 2011 in AIW. This singles match will truly be a test for Vega, as ACH is not only a close friend of his but also one of the best wrestlers in the world today. 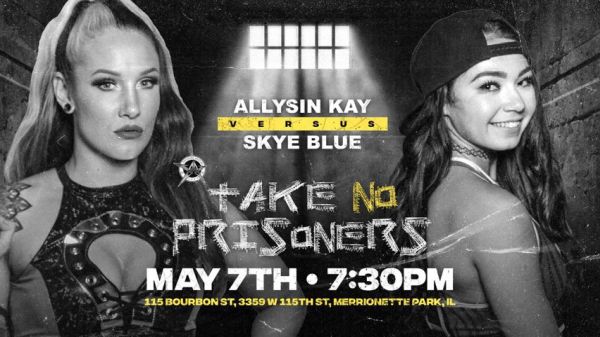 For the past number of months, Skye Blue has cemented herself as one of the cornerstones of AAW’s women’s division but will now battle what is possibly her biggest challenge yet. After making her return to AAW at ALIVE #5, Allysin Kay is already on her way to the top of AAW and plans on going through Blue to get there. Kay, one of the most notorious unsigned wrestlers in America today, has only made sporadic appearances for AAW in the past but is now dead set on becoming the star of the show and possibly setting her sights on the Women’s Championship that has not been defended by the now healthy Kris Stadtlander in well over a year now. Could winning this match mean a future title shot for one of these deserving competitors? 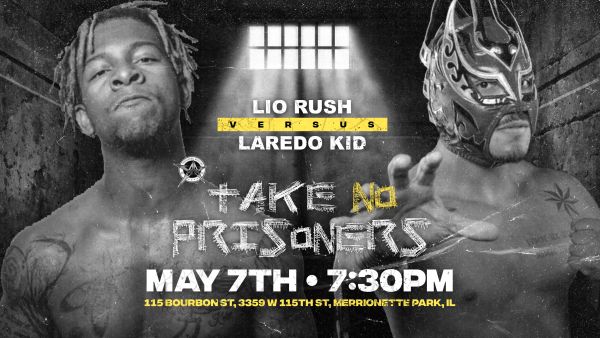 After a multiple-year absence for both men, Laredo Kid and Lio Rush will battle against one another at AAW Take No Prisoners 2021. This is a rematch from a Major League Wrestling show earlier this year, where Rush defeated Kid in a double title bout for the AAA World Cruiserweight and MLW Middleweight Championships. While this will be a non-title match, it will be interesting to see if Laredo Kid is capable of returning the favor to Lio Rush and moving up the ladder in AAW moving forward. Regardless of the result, these are two of the best lightweight wrestlers in the world today and are sure to blow the roof off 115 Bourbon Street on Friday night. 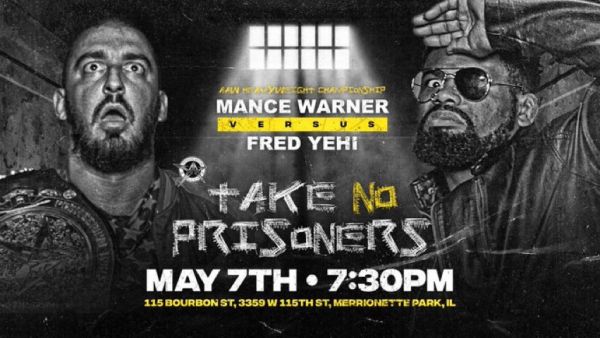 After winning a #1 Contenders Match for the AAW World Championship over a year ago at AAW Art of War 2020, Fred Yehi is finally getting his match against Mance Warner at Take No Prisoners 2021. Yehi, who has not lost a match in AAW since January of 2019, has been one of the most consistent competitors in AAW for years and claiming his first championship belt in the company would be all the proof he needs. On the other side of the ring, Warner has been a reputable champion throughout the Coronavirus pandemic, defending the title six times since he won it back in December of 2019. Both men are entering this match with momentum in their favor, making this one of the most unpredictable championship matches of the year.

Stay tuned to the Last Word on Pro Wrestling for more on this and other stories from around the world of wrestling as they develop. You can always count on LWOPW to be on top of the major news in the wrestling world, as well as to provide you with analysis, previews, videos, interviews, and editorials on the wrestling world. Check out AAW Take No Prisoners 2021 on Fite.TV on May 7th and follow @AAWPro on Twitter for any further updates.