The second of Stardom’s back-to-back shows in Korakuen Hall is Go To Budokan! Valentine Special Day 2 on February 14th.  This show will serve as the last major stop before All-Star Dream Cinderella with one championship on the line and some Marvelous participation.  Let’s take a look at what to expect from Valentine Special Day 2.

– Utami Hayashishita vs Giulia vs Saya Kamitani vs Tam Nakano 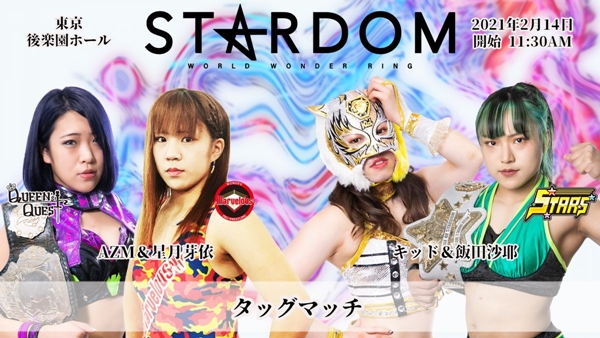 For the second show in a row, we have some Marvelous involvement as AZM and Hoshizuki team-up.  Hoshizuki asked to team with AZM following their first meeting when a Marvelous team defeated Queen’s Quest, AZM instead wanted Hoshizuki to challenge for the High Speed Championship which took place at Osaka Dream Cinderella.  Now they will team up to face the STARS duo of Iida and Kid.  AZM is the only person in this match with a big match at Nippon Budokan so her team winning seems the most likely occurrence. 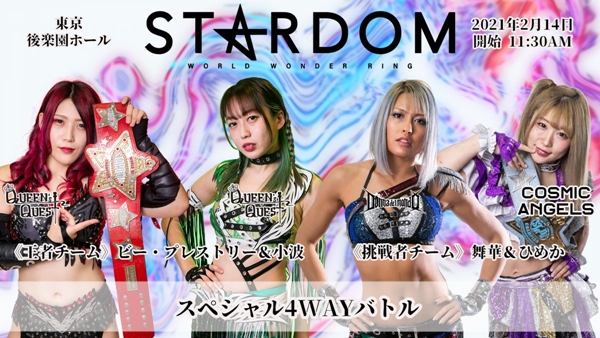 This match will be used to build to two of the bigger matches at All-Star Dream Cinderella, Utami Hayashishita vs Saya Kamitani and Giulia vs Tam Nakano. Unlike most preludes, this isn’t a tag match which should offer something different.  If done right this could give a lot of shine to all four competitors but Giulia vs Nakano has had the better build and may overshadow Hayashishita and Kamitani. 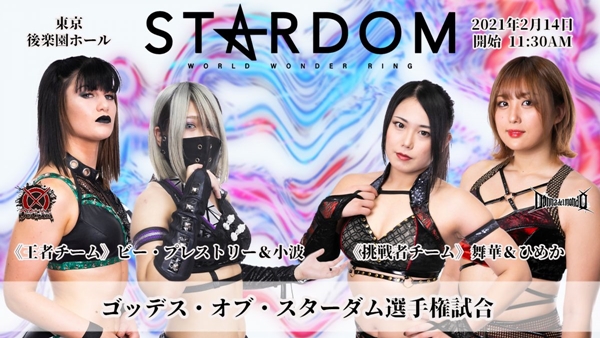 Despite the lack of build Maika and Himeka are a dangerous team for Konami and Priestley to face.  The former Future Of Stardom Champion Maika and Himeka challenged AphroditE (Kamitani & Hayashishita) for the titles at Yokohama Cinderella in a match that took the former champions to the limit.  Stardom also seems high on both Maika and Himeka so giving them a run as tag champions would give them a boost following some big defeats that both have suffered.  Konami and Priestley have been the strongest members of Oedo Tai and could definitely have a long run as champions to establish themselves and Oedo Tai.