All Japan Pro Wrestling (AJPW) has started off 2021 with a bang, with the first two New Year Wars 2021 shows. Two new champions have been crowned with Jun Kasai winning the GAORA TV Championship and the new World Tag Team Champions being Kento Miyahara and Yuma Aoyagi. This year’s edition of New Year Wars will now feature a third major show on January 24th, featuring three title matches. Let’s get into this preview. 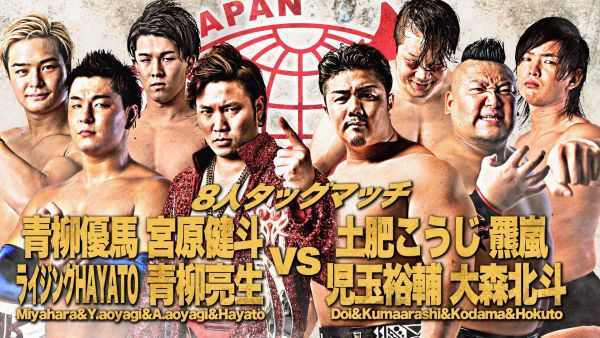 In December of 2015, there was a faction in All Japan known as NEXTREAM. This faction consisted of what could be described as a driving force of the main event push of Kento Miyahara. Jake Lee & Naoya Nomura are former members of the faction. By 2018, this faction would break apart until Miyahara and Yuma Aoyagi were the only ones left. At last week’s 1.10 event, a star-making performance from both Atsuki Aoyagi & Rising HAYATO was seen.

Miyahara decided to bring back NEXTREAM with those two as the newest members. This match will not only be the return of the NEXTREAM faction but feature the debut of the new members for the faction. They will face off against the evil “Enfant Terribles” in an 8-person tag match. This match could showcase the next contender for the Triple Crown Championship as well. 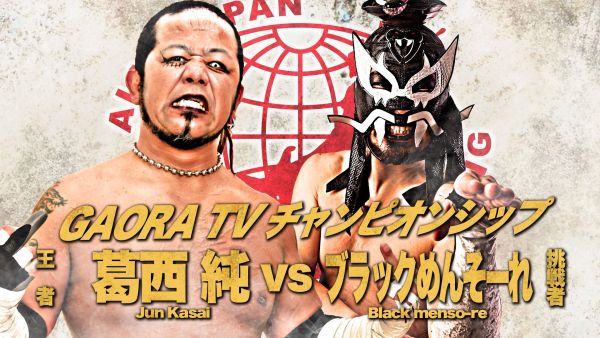 On the second night of New Year Wars 2021, Jun Kasai battled Yoshitatsu for the GAORA TV Championship. This would be a major upset for the company, with Kasai’s victory ending the 500+ day GAORA TV Championship reign of Yoshitatsu. This upcoming title defense will not only be Kasai’s first title defense but one of its weirdest. After that bout, Black Menso-re came out to challenge Jun Kasai. Black Menso-Re, who is better known in the pandemic era of AJPW for not gaining victories, had a was specifically created for him known as the Menso-re Bakaichidai Superhuman Pursuit.

In recent memory, he broke that trope by getting the occasional victory in the tag and trios scene.  This match might be on the shorter side. Alternatively, Black Menso-re could not be treated as a joke and have a match with a legend of the deathmatch scene. This match will also have a custom stipulation from Kasasi. This match seems to have a very predictable outcome. However, this tour has been known for its surprises. 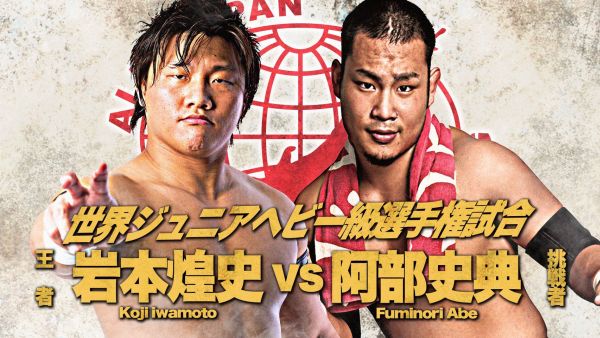 For the past 150 days, the Junior Heavyweight Championship reign of Koji Iwamoto could be described as a key aspect to some of the most underrated action that AJPW has had. This upcoming match may be one of the most highly anticipated bouts of the reign. For context, Fumonori Abe is not only one of the top stars of the BASARA promotion but is also part of the tag team “Astronauts” with Takuya Nomura in Big Japan Wrestling.

On the first night of the New Year Wars 2021, Astronauts faced off against Koji Iwamoto and Ikuto Hidaka. This match would be one of the best on the card. It would also lead to an upset with Fumorni Abe pinning Koji Iwamoto. This match’s main focus revolves around these two’s legacies as top stars within their junior scenes in a bout that could be one of the best matches of the reign.

This bout will also mark the 4th title defense of Koji Iwamoto. This number doesn’t have a good history with Koji, as his last defense was lost here. Regardless of who wins here, this will definitely be one of the bouts to look forward to.

For the past year, Suwama has reinvigorated the idea of him as the Ace of All Japan with his current Triple Crown Championship reign. This reign would be a major part of the pandemic era of AJPW, with one of his first title defenses being against the leader of “Enfant Terribles,” Shotaro Ashino. In June of 2020, Ashino would battle Suwama for the Triple Crown Championship and would lose in his title match. At the time, Ashino was in the company for only two months. Now, 7 months later, Suwama looks to challenge Shotaro Ashino once again, this time after his title defense against Yuma Aoyagi

Suwama will challenge Shotaro Ashino in a time where these two may come full circle. While “Enfant Terribles” have been very unsuccessful, the leader of the group has always been focused on the Triple Crown Championship and wants to redeem himself by fixing his first wrong in All Japan and that is defeating the Ace. This match marks the 5th title defense for Suwama. The last time these two faced, Suwama wasn’t dealing with fatigue. This time, Suwama carries the damage of an almost year reign. Could this mark the end of Suwama’s reign? All will be known on the final night of New Year Wars 2021.