The mystery of “Who shot Bravo” continues, with Tommy Dreamer on the case. Who had it out for the “Groomzilla” the most? Also, a championship match with serious implications will take place as Rohit Raju hopes to dash the endeavors of TJP for good. The women’s tag team picture also begins to take shape, while the men’s tag team division continues its hottest rivalry of the year. With Turning Point this Saturday on IMPACT Plus, here’s what IMPACT Wrestling has in store for AXS TV this Tuesday.

Rohit Raju has been a slippery and crafty champion, narrowly escaping defeat at every defense and proving to be one of the most deceptively intelligent performers in IMPACT. The “defeat Rohit” challenge continues, this time with the implication that if TJP cannot dethrone Raju for the title, he will never be able to challenge for the title ever again as long Rohit is champion. TJP has not held the X-division title since 2013, where he won a tournament as his former persona Manik. Can TJP shut the mouth of Raju, or will he crack under the pressure once again?

The “Ultimate Finesser” may have been able to pick up the win against Trey Miguel last week, but he fell short in convincing Rich Swann to give him a title shot, telling him that he needs to “earn it”. Meanwhile, former champion Eddie Edwards is coming off a devastating loss to his bitter rivals Eric Young and Sami Callihan. Can Eddie Edwards pick up the pieces, or will Chris Bey continue his momentum toward the world title picture?

Madison Rayne and Tenille Dashwood versus Havok and Nevaeh

To say that the women’s scene in IMPACT is taking shape would be an understatement. For proof of this, look no further than this upcoming match. Madison Rayne and Tenille Dashwood are one of the newest women’s tag teams in IMPACT, but it’s important that they’ve been brought together through a mutual disdain of Jordynne Grace. Meanwhile, Havok and Nevaeh have been teaming on IMPACT for the past several months. They have given Kiera Hogan, Tasha Steelz, and others incredible obstacles to overcome. On this week’s episode, which of these duos will emerge victorious? 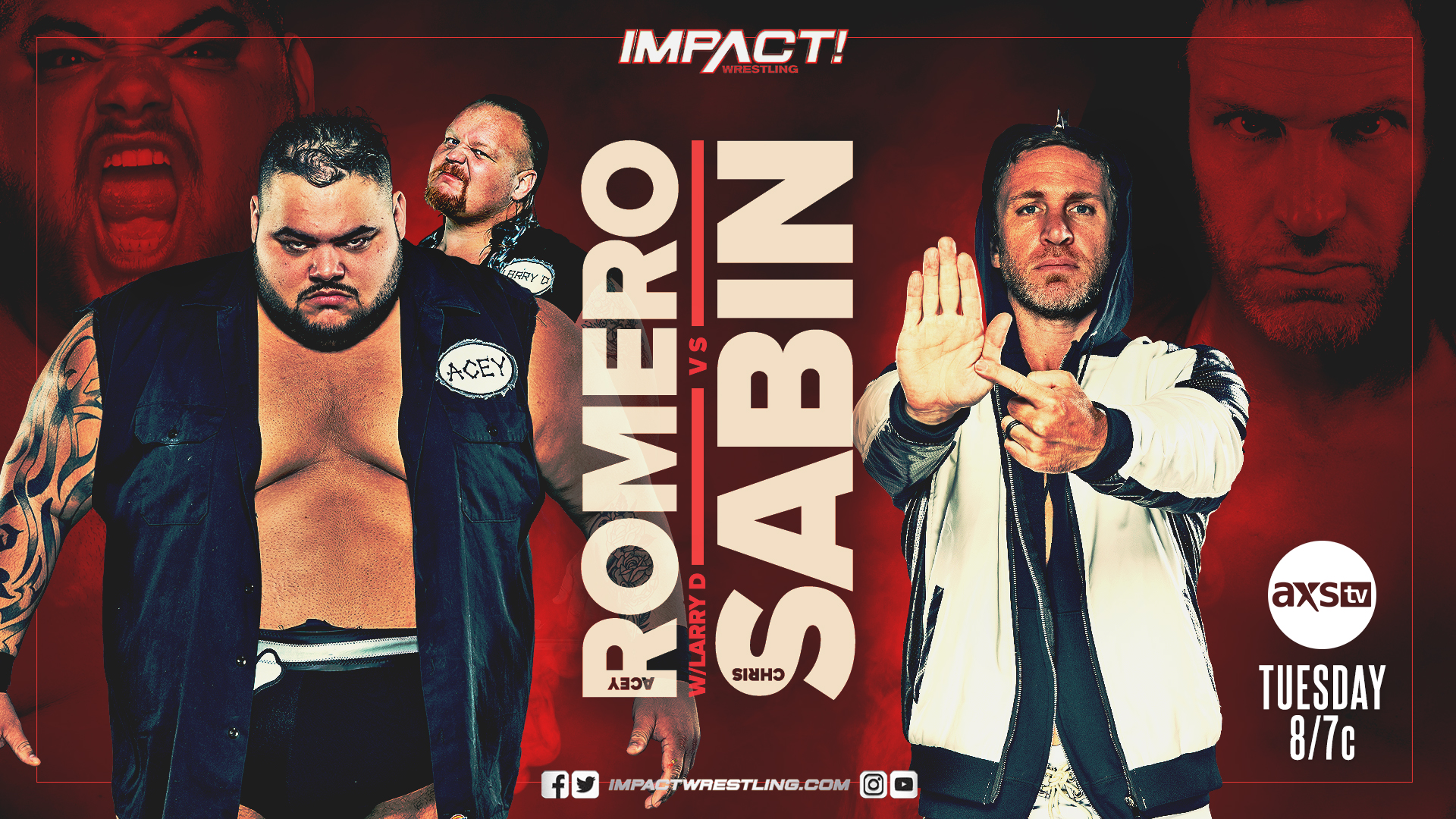 There’s no denying the fact that Acey Romero versus Chris Sabin presents a stark contrast. As a super heavyweight, Romero has found recent success alongside Larry D; together, they are known as XXXL. Meanwhile, Sabin’s efforts in IMPACT are legendary, especially in regard to the X Division. He has held the X Division Championships more times than anyone in history, boasting a record eight separate reigns. However, Romero will present a sizable challenger for Sabin, who will have to rely on his quickness if he desires to come out of this match the victor. 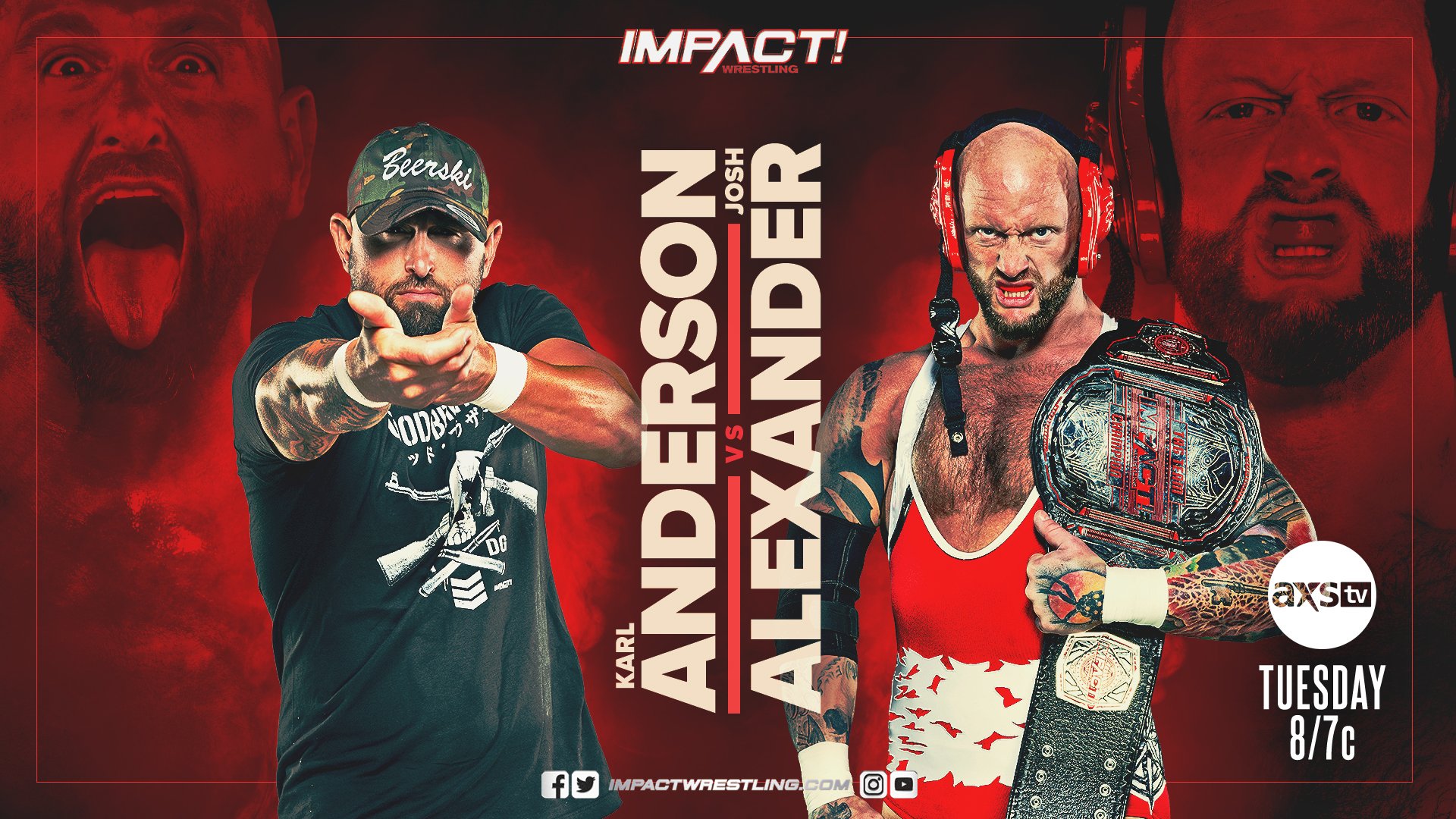 At Turning Point, The North is set to defend the IMPACT World Tag Team Championship against The Good Brothers. Prior to this, what will happen when “The Machine Gun” clashes with “The Walking Weapon?” Karl Anderson may be known as a tag team wrestler, but his skill as a singles competitor can’t be understated. Even before teaming with Doc Gallows several years ago, Anderson was considered one of the best-kept secrets in wrestling. Likewise, Alexander is a formidable competitor in his own right, competing in and winning several tournaments in the independent scene. Which man will pick up the victory, providing their team with momentum going into Turning Point?