The legacy of former first-round selection Tim Tebow is complicated and confusing. After winning a playoff game for the Denver Broncos in his second season, the Broncos traded Tebow to the New York Jets. This move was possible with the Broncos signing Peyton Manning as a free agent. From there, the Jets used Tebow sparingly in 2012 before parting ways after one season. The Heisman winner couldn’t win a spot with the New England Patriots in 2013 and, after being out of the league for two seasons, played in four preseason games for the Philadelphia Eagles. Tebow has been out of the league for nearly six years until his former mentor in Urban Meyer gave him a shot to play tight end for the Jacksonville Jaguars. This move, while entertaining, it is also unorthodox, unneeded, and too little too late to contribute. Had Tim Tebow attempted to switch positions back in 2013, then he could have been the original Taysom Hill.

How Tim Tebow Could Have Been the First Taysom Hill

Did Tim Tebow Really Earn That Shot For Jacksonville?

After juggling back-and-forth with the SEC Network and Minor League Baseball, Tebow has a chance to land with an NFL roster for the first time since 2012. The move wouldn’t have been possible with the new head coach of the Jaguars giving him the urge to try out. What is even more concerning is that Tebow is looking to earn a spot as a tight end. So many years out of the league along with the fact that he will be 34 years old in the middle of August is going to cause red flags in terms of how practices and plays to the pacing of the game. Meyer looks to Tebow to give a leadership process on and off the field but there is a belief that half the locker room isn’t on board for the signing.

Tebow isn’t scared to have most of the attention turned on him. He actually played tight end as a freshman in high school before converting to quarterback as a Sophomore. Tebow has been given roles since his disappointing 2012 season with the Jets to play tight end, special teams, and a flex running back for the Patriots. Offensive coordinator Josh McDaniels felt that he could utilize the strength and unique athleticism of Tebow to contribute a highly efficient offense. Tebow denied this role to stay true to his word of being an NFL quarterback. New England released him in the preseason of the first year of his two-year contract.

This remained the situation with him in 2015 with Philadelphia under head coach Chip Kelly, who also wanted to put Tebow as a flex playmaker. Once again, Tebow refused to play a position outside of quarterback. The Eagles released him after a disaster preseason. Three years later, the New Orleans Saints’ Taysom Hill started to become a hot topic in the league. Hill was revered for his ability to play tight end, special teams, the flex running back, option quarterback, and wide receiver. Hill is entering his fifth season in the league as a key player for the Saints’ dynamic offense. Tebow was given the same type of opportunity as a flex impact player. His obsession at the quarterback position and himself opposed that opportunity. 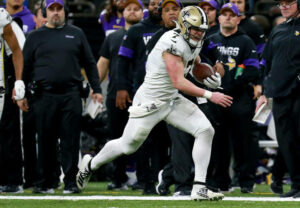 Oh, what could have been

While Tebow-mania is once again flowing throughout the NFL and fans, there must be some realism here. Being 34-years old when the preseason starts with no NFL experience since 2015 is not a great look for Tebow. While many players in the league see this signing as a publicity stunt, coach Meyer and Tebow do not. There is a real belief that he can make the 53-man roster or, at least, provide valuable competition. Jersey sales will climb with Tebow possibly outselling rookie quarterback Trevor Lawrence. The former quarterback has the desire, but that isn’t always enough. Unless coach Meyer and offensive coordinator Darrell Bevell can turn Tebow into a flexible playmaker like Hill after not playing in nearly six seasons, there is little for Tebow to contribute.