After an opening round that saw no playoff drivers enter victory lane, just 12 drivers remain in the NASCAR playoffs as the Round of 12 begins this weekend in Texas.

Drivers turned the intensity up to 11 for the playoffs, but challenging tracks and engine failures were too much to overcome for some and caused the breakout of non-playoff winners that turned the playoffs upside down. We lost some heavy hitters in the opening round, with Kyle Busch, Tyler Reddick, Kevin Harvick, and Austin Dillon all eliminated after the checkered flag in Bristol. While Dillon entered the playoffs in 16th place, the other three were all in the top 12, and fell out due to issues in the first three races, proving that nothing is guaranteed in the postseason.

Now things shift to the Round of 12, starting at Texas Motor Speedway this weekend. This weekend carries some extra importance given what is looming on the schedule for the next two weekends. This round will conclude with races at Talledega and the Charlotte Roval. Talledega’s unpredictability can make it a make-or-break race for the final 12, while the Roval will heavily favor road course masters like Chase Elliott and Kyle Larson.

Texas then provides the most “normal” shot for drivers to snag a win. Let’s go over everything you need to know for this weekend’s action.

Texas Motor Speedway is a 1.5-mile quad oval that has been on the NASCAR schedule since 1997. The track has hosted the NASCAR All-Star Race for the past two years and has hosted two races per year since 2005. It also hosts IndyCar which began racing at the track in 1996. Ryan Blaney won the spring race earlier this year and Jimmie Johnson holds the track record with seven wins at Texas.

The front straightaway is 2,250 feet long with five-degree banking. Turns 1 and 2 are banked at 20 degrees, and as drivers come out of Turn 2 they enter the back straight with the same banking as the front though only 1,330 feet long. Turns 3 and 4 are slightly steeper with 24-degree banking. 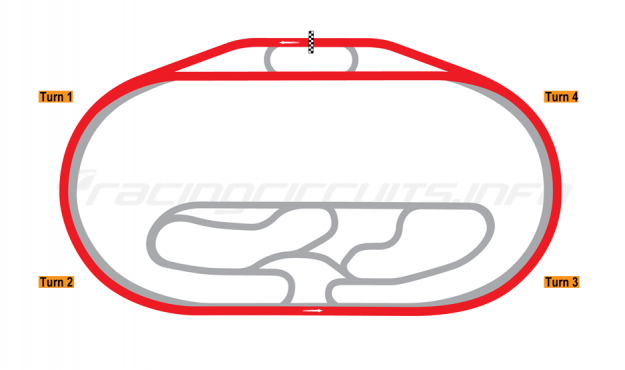 Let’s take a look at where the final 12 stand as we head into the weekend. Drivers can clinch a spot in the Round of 8 with a win in any of the next three races.

A playoff driver has to win at some point right? It’s been a wild first three races with so much unpredictability, but one driver I like is Christopher Bell. He had three top 5s in the first round and was the only driver to clinch a spot in the next round purely on points before Bristol. I think his strong form results in a win this weekend.

How To Watch – Auto Trader EchoPark Automotive 500 (All Times EST)