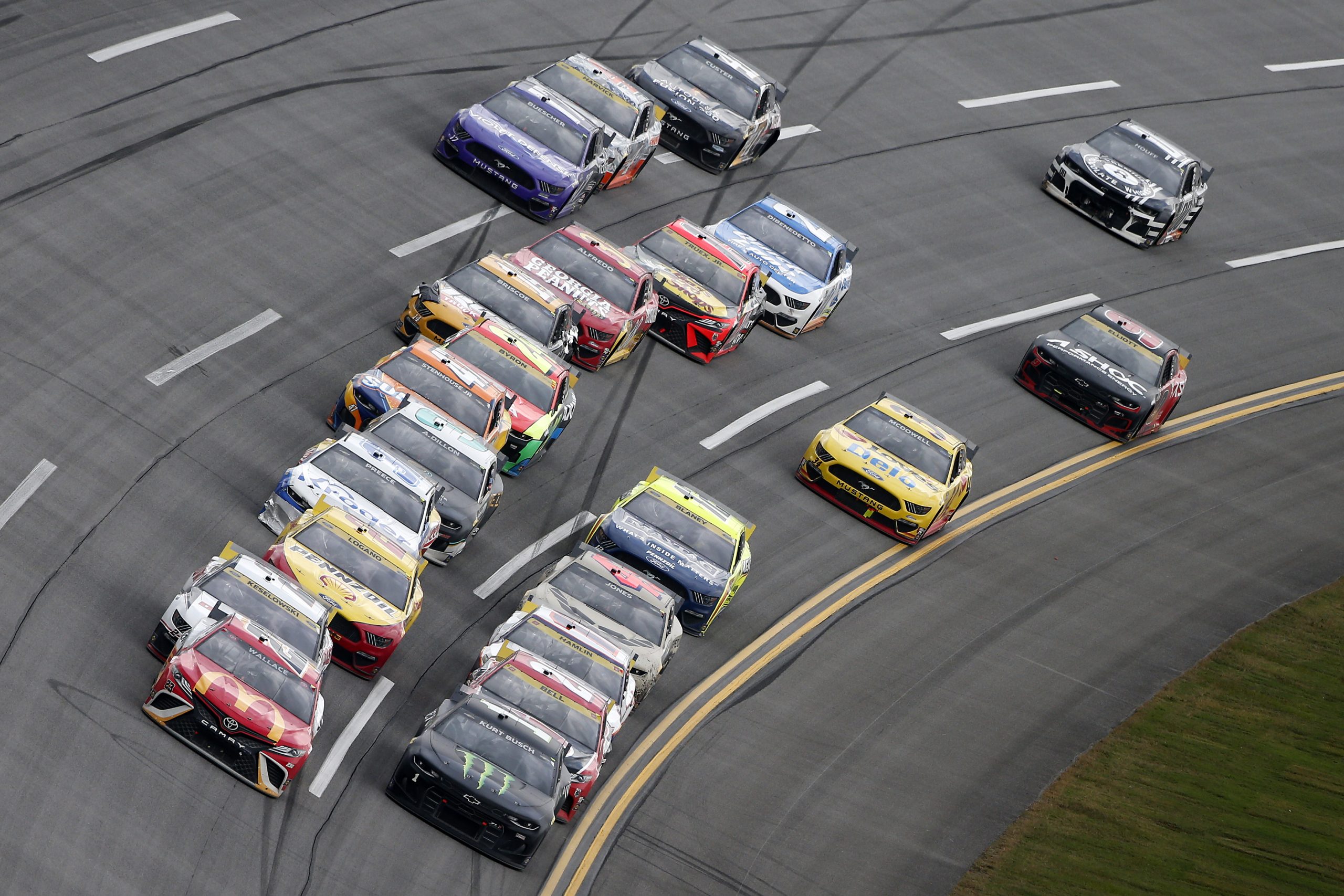 With the playoffs almost halfway over, when can we expect a playoff driver to finally win a race? Four races in, the NASCAR Cup Series Playoffs have provided enough drama for an entire season, and now it’s time to see if the chaos continues as the drivers head to Talladega Superspeedway. The unpredictability of Talladega […] READ MORE 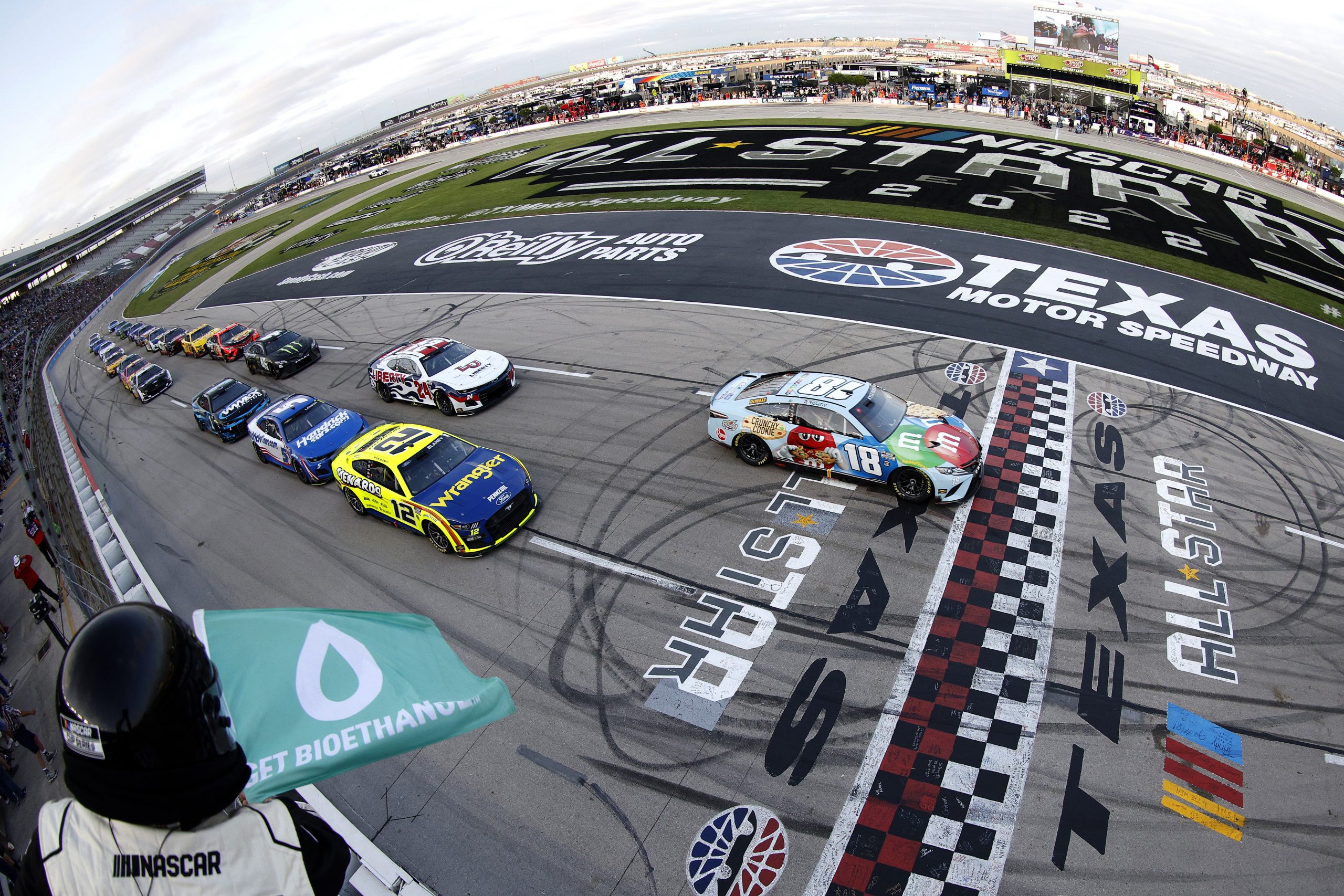 After an opening round that saw no playoff drivers enter victory lane, just 12 drivers remain in the NASCAR playoffs as the Round of 12 begins this weekend in Texas. Drivers turned the intensity up to 11 for the playoffs, but challenging tracks and engine failures were too much to overcome for some and caused […] READ MORE 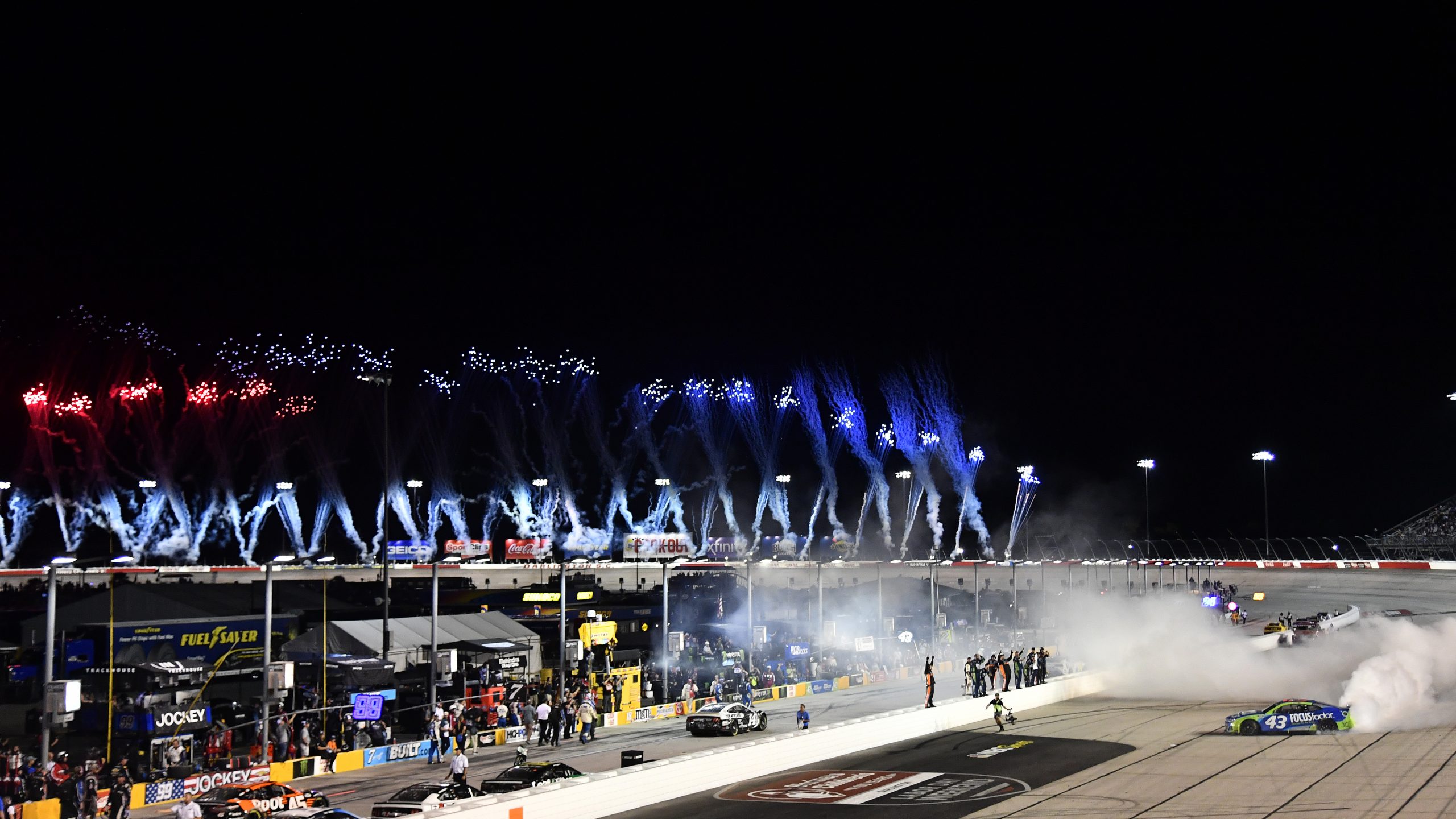 Kyle Busch sat in the catbird seat, Sunday, at Darlington Raceway. Just a few laps earlier, he overtook his teammate, Martin Truex Jr., as his engine overcooked and held the race lead after Cody Ware stopped on track in Turn 3. A second Cook Out Southern 500 victory and a fast pass to the Round of 12 […] READ MORE 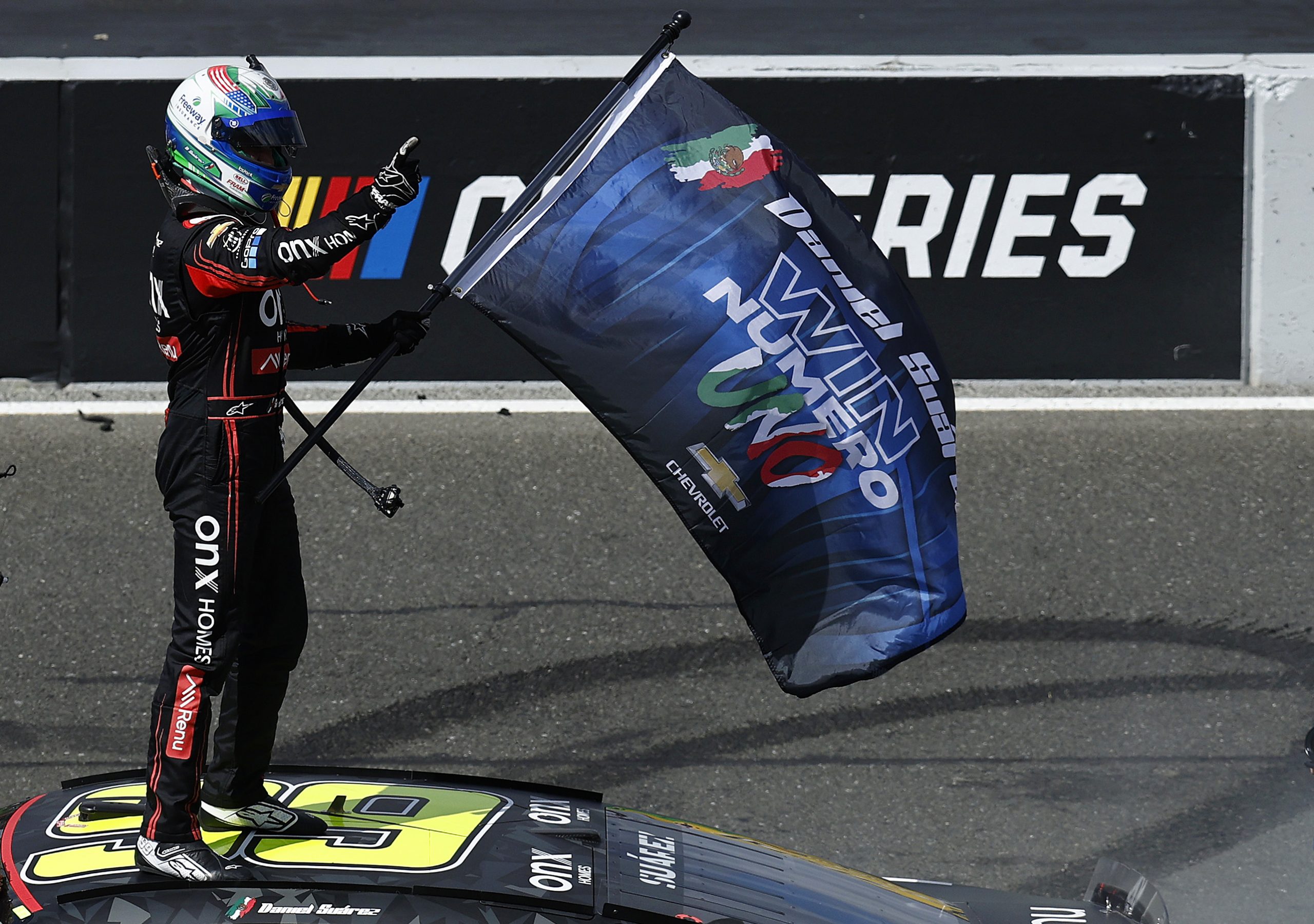 Daniel Suarez grabbed a flag and lit up his tires down the pit straight at Sonoma Raceway. His crew lined the wall, overcome with joy. After Trackhouse Racing team owner, Justin Marks, reached in to hug him, Suarez climbed out and waved the flag. To top it all off, he punched a taco piñata. No, […] READ MORE 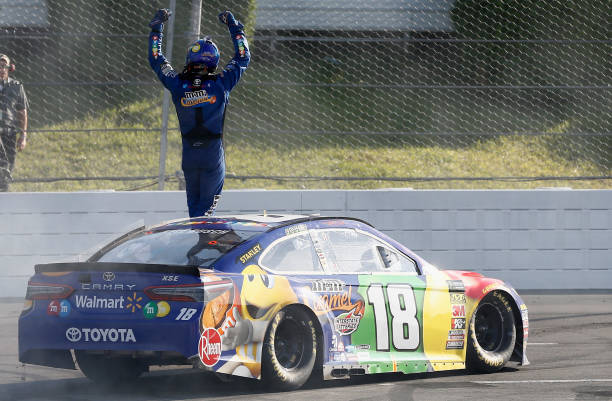 The big three found a way to do it again. As they have in all but five of the 22 Monster Energy NASCAR Cup series races this season, one of Martin Truex Jr., Kevin Harvick, and Kyle Busch have crossed the finish line in first place. Busch just happened to be the one that did […] READ MORE 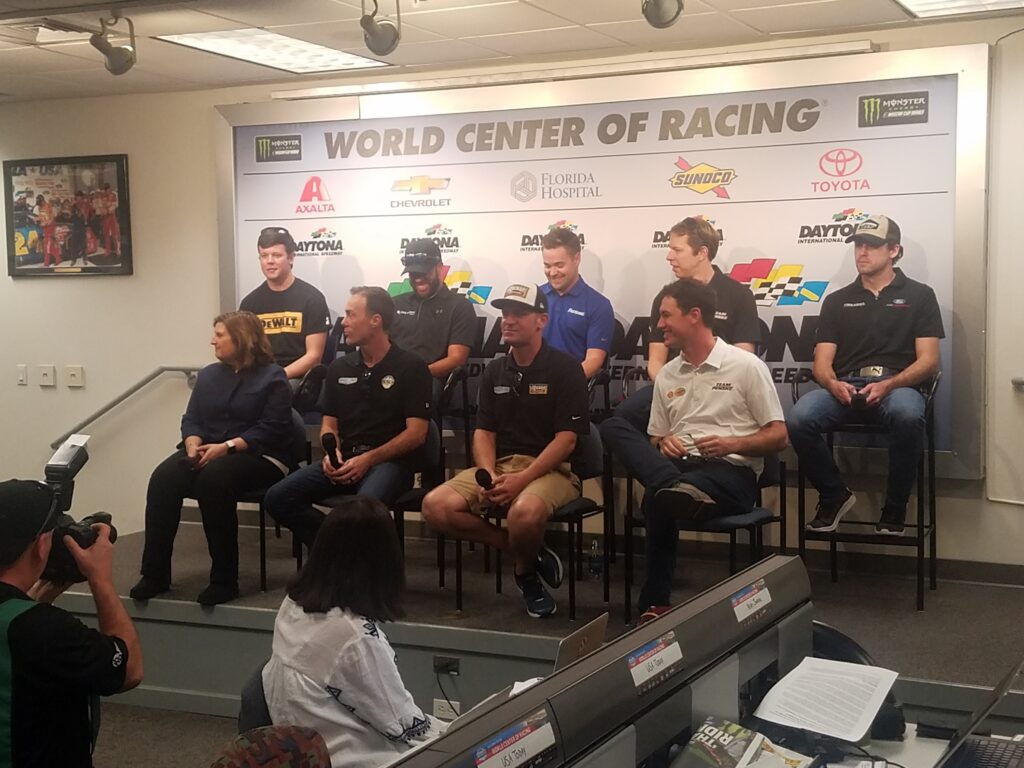 A common complaint among many has been that NASCAR’s current crop of stars are too vanilla. At a press conference held at Daytona Speedway, eight current drivers were paraded out as Fox Sports announced it will once again broadcast a drivers only Xfinity broadcast. These eight could never be called vanilla. Fox Sports Drivers Only […] READ MORE 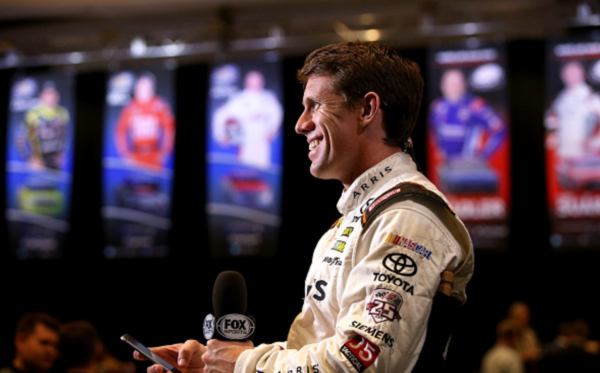 Before the 2017 Monster Energy NASCAR Cup Series season has begun, one of the sport’s brightest stars has stepped away. Per FOX Sports, Carl Edwards will not compete in 2017 and is expected to announce his full retirement from NASCAR. An upcoming press conference will determine the future of the No. 19 Joe Gibbs Racing team. 2016 NASCAR Xfinity Series […] READ MORE 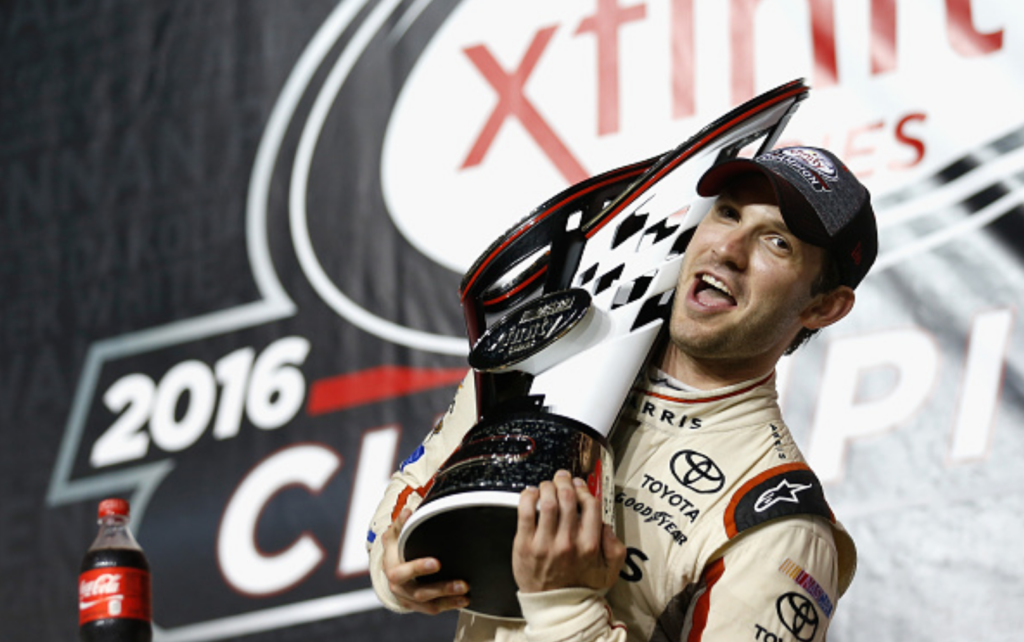 Daniel Suarez and NASCAR in Mexico are both doing great after his Xfinity championship, but it's even better for NASCAR than Suarez. READ MORE 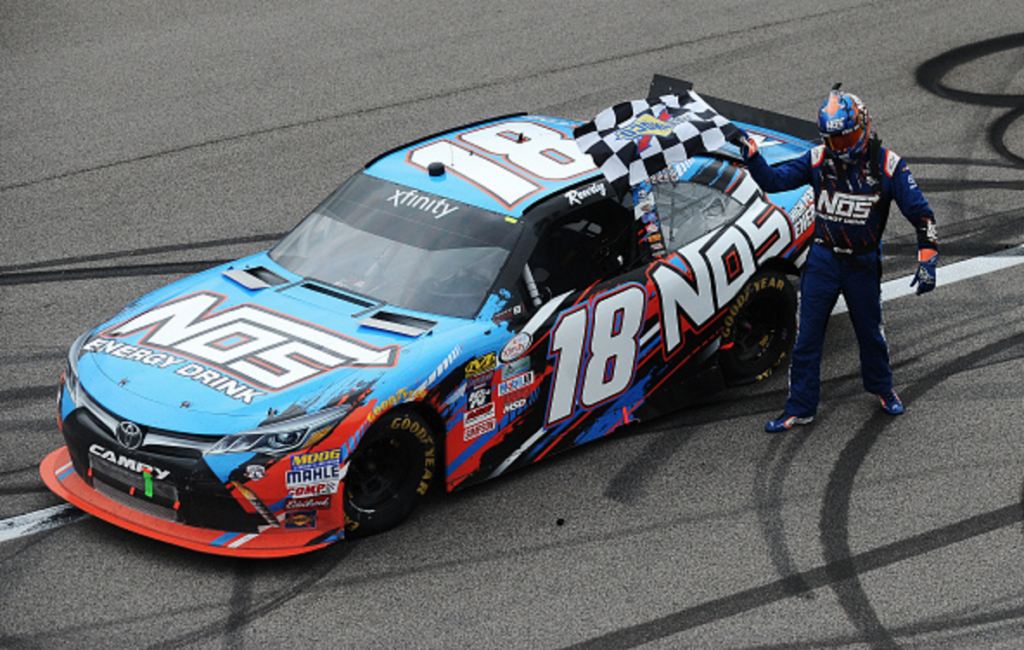 Kyle Busch claimed his 9th Xfinity Series win of the season this weekend at the Kansas Speedway. This sparks the age old debate question: Should Sprint Cup Series drivers be allowed to race in the lower tier series? Enough is Enough: It’s Time to Address Cup Drivers in the Xfinity Series Creation and Intention The Xfinity […] READ MORE