A franchise centre can become the face of a team and lead them to championships. They are crucial to the success of an organization. Since 2004, the Boston Bruins have boasted a pair of highly skilled centres in Patrice Bergeron and David Krejci. The two have led their team to a Stanley Cup title in 2011 and have been to the finals twice more. As successful as they have been, they have been playing this game for a long time. Father Time catches up with every athlete sooner or later. Bergeron and Krejci will be no different. The real question that must be asked is who will take the reins when they retire?

The Boston Bruins are in Danger at the Centre Position

What is Left in the Tank

Bergeron and Krejci are both 34 years old. At any point in time now, we could see their play begin to decline. If we use David Backes as an example, his slide began during his first season in Boston when he turned 33. Both Bergeron and Krejci are just as talented as Backes was in his prime, if not more. While both centres are still playing well and appear to show that trend can continue, it will end eventually. That end may be coming sooner than fans anticipate, and someone will need to be around to replace them.

Currently on the Roster

Behind Patrice Bergeron and David Krejci, the next best centre in Boston is Charlie Coyle. Coyle was acquired from the Minnesota Wild in a trade deadline move in 2019. He has been highly impressive since arriving in Boston, especially with 16 points in 24 playoff games last postseason. This earned him a five-year extension to remain a Bruin. The only problem is that Coyle has never produced at a level that is worthy of being a true top-line centre. His 56 point campaign in 2016-17 is impressive, but not top-line talent. He could be the answer to replace Krejci, but filling Bergeron’s role is almost out of the question.

Sean Kuraly has been a staple of the Bruins fourth line since the 2017-18 season. He has driven a line known for its willingness to play physically. Kuraly has been decent in the offencive zone as well, with 59 points in 223 career games. While those are definitely not top-six forward numbers, they are respectable from a bottom-six player. Kuraly has shown he can get it done in the big moments, particularly with the game-winning goal in the 2019 Winter Classic. Consistency in the offencive zone has been Kuraly’s biggest issue and that will prevent him from becoming a top-six centre.

With several highly touted centre prospects in the system, Jack Studnicka is Boston’s best chance to replace Bergeron. In 60 AHL games last season, Studnicka posted a respectable 49 points. With an injury to Patrice Bergeron, he was called up for two NHL games as well. He managed to tally an assist in that short time. With few NHL ready options, Studnicka appears to be primed for a top-six role in the NHL. He won’t be ready to play this year if play ever resumes, but he could compete for an NHL job in next season’s training camp.

Trent Frederic fits the mold of a Boston Bruin to perfection. He plays a physical game and has the size to do so. His offencive game is not quite as good as Studnicka, as far as prospects are concerned. That does not mean he cannot produce. In 127 AHL games, he has produced 65 points. While more offence would be desirable, it is nothing to scoff at. If Studnicka takes Bergeron’s job, Frederic could easily slide into Krejci’s role.

John Beecher is the real question mark here. He has potential and was the Bruins most recent first-round draft pick. Selected at 30th overall, Beecher was a somewhat unexpected pick. That said, he is a capable skater and can play physically. This is the game Boston wants to play and Beecher can fit that mold. His offencive consistency has questions, but he never played higher than the third line on a highly talented US NTDP unit. With more time his offencive game could grow, but only time will tell. Beecher is currently playing at the University of Michigan where he has 16 points in 31 games and remains unsigned to a professional contract.

The Bruins have several options they can look to beyond David Krejci and Patrice Bergeron in the future. Jack Studnicka appears to be the best option Boston has available. They still have more developing to do but there are several decent options coming up through the minor leagues. But high-end prospects have failed before and major questions loom. Studnicka and Frederic have both hit 21 years old and have yet to crack NHL rosters for significant amounts of time. The only certain thing is that the Bruins will soon need help at centre. Only time will tell if that answer is currently within the Bruins organization. 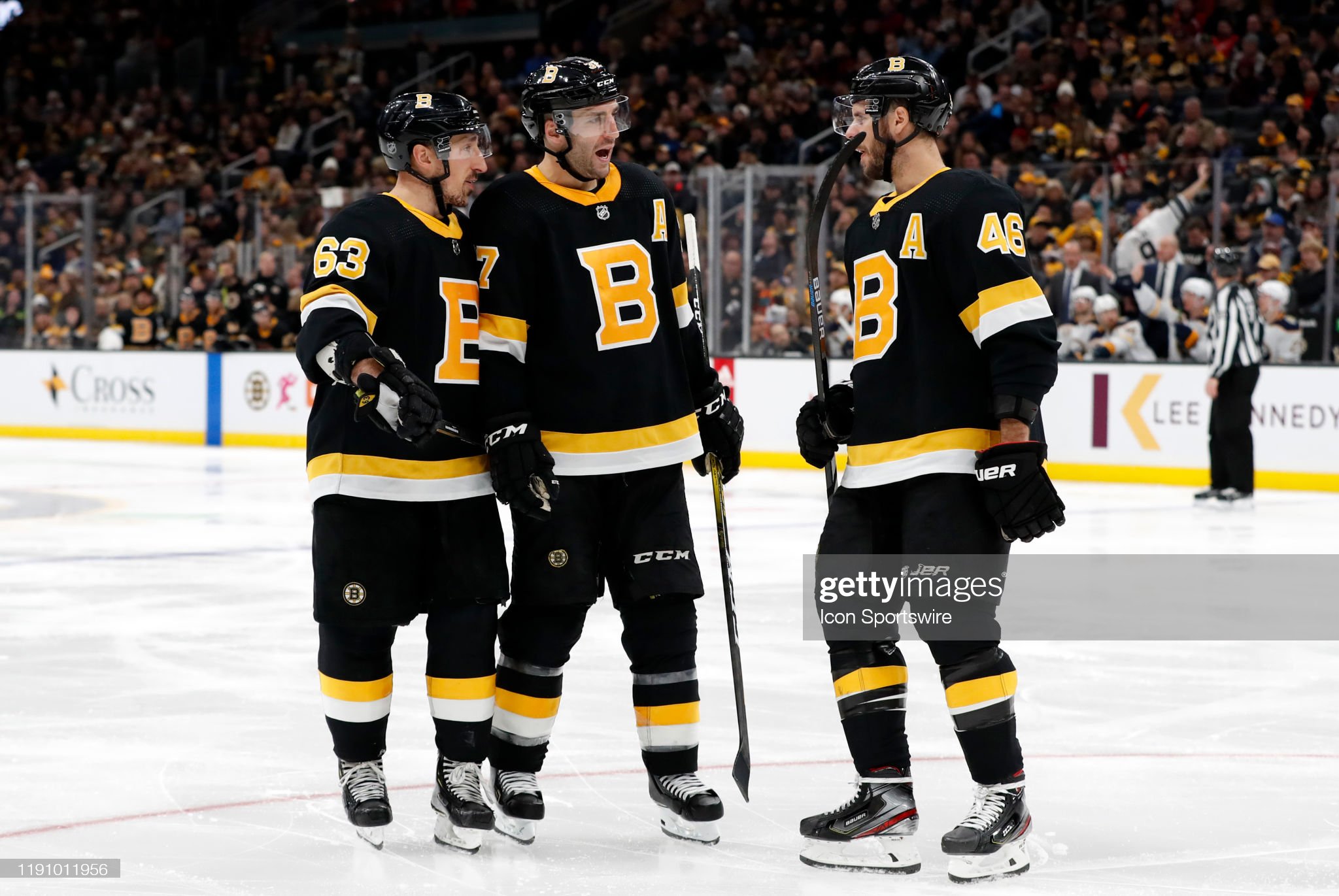