The Buffalo Sabres have re-signed Jake McCabe to a two-year contract extension. The Sabres officially announced the contract with an average annual value of $2.85 million today. McCabe was a restricted free agent heading to this off-season. The arbitration hearing was nearing for both sides, but both sides settled for a new deal instead.

The Buffalo Sabres today announced the team has agreed to terms with defenseman Jake McCabe on a two-year contract with an average annual value of $2.85 million.https://t.co/ixxOwhArRW

McCabe has spent parts of all six NHL seasons with Buffalo. The Sabres drafted McCabe in the second round as the 44th overall player in 2012 NHL Entry level draft. He made his NHL debut in 2014, as he played seven games at the conclusion of the 2013-14 season. Prior to that, he skated on the University of Wisconsin team.

The Eau Claire, Wisconsin native has appeared in 274 games for the Sabres at the NHL level. The 25-year-old defenceman totaled 61 points (14 goals and 47 assists) and 153 penalty minutes.In the past 2018-19 season, McCabe took part in 59 contests for the Sabres, recording four goals and 10 assists for 14 points.

What Does That Mean For The Future

After re-signing McCabe, Buffalo has a pretty crowded defence especially after the acquisitions of Colin Miller, Brandon Montour, John Gilmour or Henri Jokiharju. As of now, the Sabres have at least 12 defencemen, who have previously appeared at the NHL level. As per CapFriendly, they have no salary cap space left. 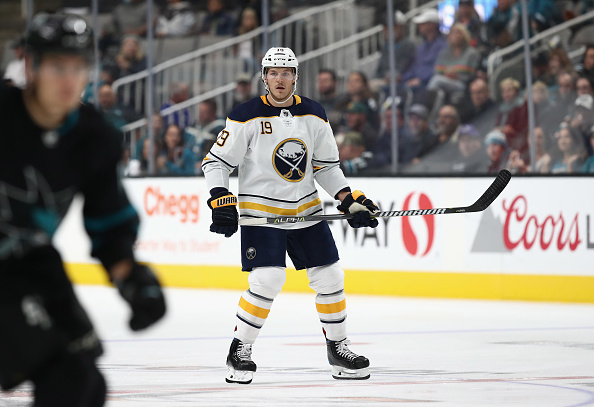