The Pittsburgh Penguins have dealt star forward Phil Kessel and defensive prospect Dane Birksto the Arizona Coyotes for Alex Galchenyuk and prospect Pierre-Oliver Joseph. Kessel, 31, carries an $6.8 million cap hit through the 2021-22 season. Toronto has the remaining $1.2 million cap hit retained from when Kessel was traded to Pittsburgh.

PO Joseph and Galchenyuk to Pittsburgh for Kessel and a 4th round pick.

On a team that also featured stars like Sidney Crosby, Evgeni Malkin, and Kris Letang, Phil Kessel found comfort as a star who didn’t have to also be the team’s centrepiece. His time in Toronto appeared much more stressful, as he often received harsh criticism for the team’s failures. Obviously this wasn’t the case in Pittsburgh, where Kessel won back-to-back Stanley Cup titles.

Kessel has 357 goals and 466 assists for 823 total points over 996 games. His speed and shot define his game, as he has the ability to score from almost anywhere in the offensive zone thanks to a lightning-like release. He brings a lot of talent to the table for his new club.

The 25-year-old has played for the Montreal Canadiens and the Coyotes in seven-year NHL career. He has 127 goals and 169 assist for 296 points in 490 career games. Montreal originally drafted him in the first round, third overall of the 2012 NHL Draft.

Joseph was drafted in the first round, 23rd overall of the 2017 NHL Draft. He played for the Drummondville Voltigeurs of the QMJHL last season.

Birks was a sixth-round selection (164th overall) in the 2013 NHL Draft. He split time between AHL Wilkes-Barre/Scranton and ECHL Wheeling.

Kessel had been the subject of rumours for quite a while. It seemed that the team wanted to shake things up and trading the beloved forward will do that.

Undoubtedly, moving Phil Kessel is a loss offensively but a net gain on the books. The cap space opened up can go towards pending free agents as their contracts expire and raises are expected. It also gives their front office more flexibility at the trade deadline should they want to buy for another run at the Stanley Cup this next season.

Galchenyuk is 25 and hit 30 goals in 2015-16 with the Habs. He could fit in nicely with the Penguins high-powered offence. 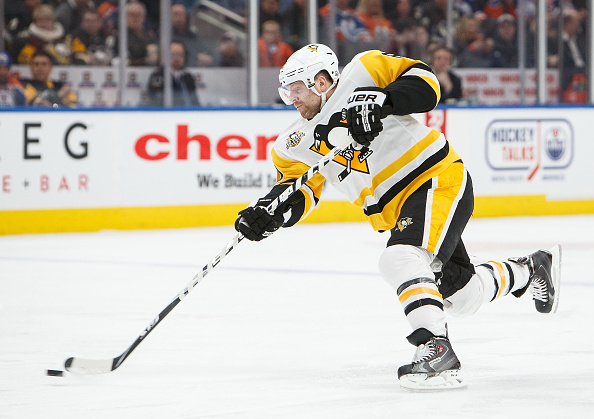