The Pittsburgh Penguins have agreed to trade defenceman Olli Maatta to the Chicago Blackhawks in exchange for forward Dominik Kahun and a fifth-round pick in this year’s NHL Draft.

TRADE ALERT: Defenseman Olli Maatta has been acquired from Pittsburgh in exchange for forward Dominik Kahun and a fifth-round pick in the 2019 #NHLDraft.

The Penguins completed a trade Saturday with the Blackhawks. Chicago acquires defenceman Olli Maatta in exchange for forward Dominik Kahun and a fifth-round pick in this year’s draft.

In Maatta, the Blackhawks get a young defenseman who can eat up minutes on the blueline. Despite being 6-foot-2-inches and 206 lbs. Maata doesn’t play much of a physical game.  Last season, he scored a goal and 13 assists for 14 points, adding 12 minutes in penalties.

His possession numbers were 46.4 percent Corsi and a relative Corsi of -4.3.  Maata has spent his entire career with the Penguins. In that time, he has 25 goals and 82 assists for 107 career points in 362 career games. Maatta has also recorded two goals and 19 assists for 21 career Stanley Cup Playoff points in 69 games. He was apart of the Pens team that won back to back Stanley Cups in 2016 and 2017. He was originally drafted 22nd overall of the 2012 NHL Draft by the Pens.

In Kahun, the Pens get a young forward that can play all three forward spots. He also has solid playmaking and puckhandling ability.

His possession numbers were 49.9 percent Corsi and a relative Corsi of 0.5. He registered 13 goals and 24 assists for 37 points in his 82-game rookie season. Chicago signed him as an undrafted free agent.

Maata comes off a slow year which also saw him miss 21 games due to a shoulder injury. On the offensive side of the game, Maatta has been up and down. He has put up 29 points in both the 2013-14 season and 2017-18 seasons but has failed to reach double digits in the 2014-15 and 2016-17 seasons. Expect Maata to be a big part of his team’s future moving on as he looks to be a key part of the youth movement on his new team’s blue-line. He has three years left on his current contract and has a modified no-trade clause for the last two years of his deal.

Kahun could play a role on Penguins team looking remodel their forward group. There’s been talk of trading some of their forwards and Kahun is a good young player. 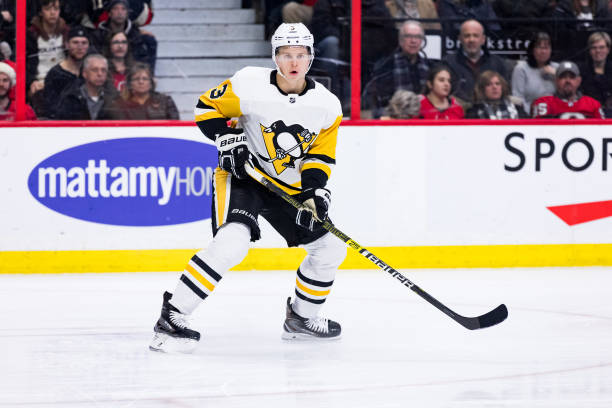