The Philadelphia Flyers have agreed to trade Radko Gudas to the Washington Capitals in exchange for defenceman Matt Niskanen.

BREAKING: The #Flyers have acquired defenseman Matt Niskanen from the Capitals in exchange for defenseman Radko Gudas.

The trade also gives the Capitals some salary-cap relief. Washington will take on $2.345 million of Gudas’ $3.35 million for 2019-20, after which he will be a free agent. Niskanen is under contract for two more seasons at an average annual value of $5.75 million.

In Gudas, the Caps get a physical defenseman who can bring a bruising style of play and a big body to the lineup. Over the years he has been known to the Department of Player Safety. He was suspended two games in February of this season.

This season, he scored four goals and 16 assists for 20 points, adding 63 minutes in penalties. His possession numbers are 49.1 percent Corsi and a relative Corsi of 0.7. Over his seven-year NHL career, Gudas has played for the Tampa Bay Lightning and Philadelphia Flyers. In that time, he has 24 goals and 81 assists for 105 career points in 416 career games. Tampa Bay originally drafted in the third round, 66th overall of the 2010 NHL Draft.

In Niskanen, the Flyers get a veteran defenceman that can contribute on offence. He’s also a solid skater that can log lots of minutes if needed. The 32-year-old had eight goals and 17 assists for 25 points in 80 games and he added 41 penalty minutes as well. His Corsi for was 47.0 and relative Corsi was -3.2.

The Virginia, Minn. native has 64 goals and 259 assists for 323 points in 881 career games. He has played for the Dallas Stars, Pittsburgh Penguins and Washington Capitals in his 13-year NHL career. Dallas originally drafted him in the first round, 28th overall of the 2005 NHL Draft.

Moving forward Gudas still a year left on his current deal at $3.35 million. Gudas is a bottom six defenceman and will fight for a spot on the third pairing. In seven Stanley Cup playoff games, Gudas has recorded one assist and in a physical playoff series, he would be very valuable.

Niskanen will hope to rebound from his worst offensive season of his career. He was usually able to get 30 points in a season. He’ll be part of a Flyers defence that’s emerging with Ivan Provorov and Travis Sanheim. 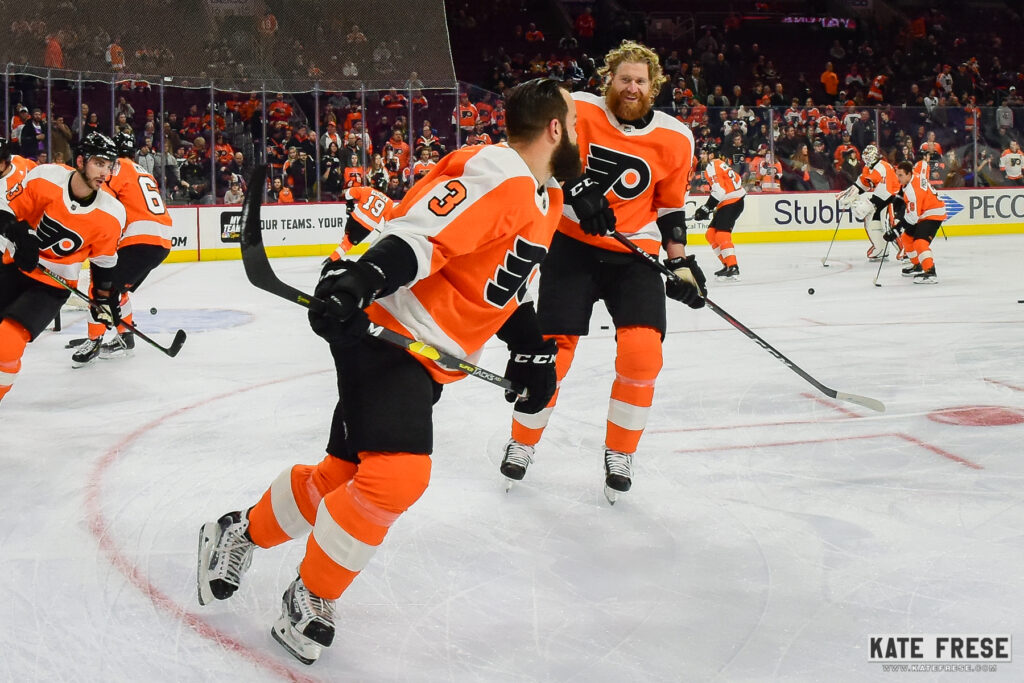