The Los Angeles Kings have signed free agent center Nikolai Prokhorkin to a one-year entry-level contract. This contract carries him through the 2019-20 season.

After posting 41 points in 41 games last season with SKA St. Petersburg in the KHL, Nikolai Prokhorkin is set to join the LA Kings organization.https://t.co/JvNhiq77zA

Nikolai Prokhorkin Signs With the Kings

Prokhorkin has spent the last nine years playing primarily in the KHL. He has put up 92 goals and 94 assists for 186 points in 314 career games. Prokhorkin was originally drafted in the fourth round, 121st overall by the Kings in the 2012 NHL Draft.

Prokhorkin is coming off his best year in the KHL. He scored 20 goals and 21 assists for 41 points in 41 games. He also added 10 minutes in penalties.

When Prokhorkin was drafted in 2012, he spent eight games in the AHL with the Manchester Monarchs. He picked up an assist in eight games before going back to the KHL. This is a smart move by the Kings seeing that they are currently looking to rebuild. A one-year deal gives Prokhorkin a chance to produce at the NHL level before being signed to a multi-year contract.

Prokhorkin has been fantastic in the faceoff circle while in the KHL. He won over 56-percent of his draws during the regular season in the KHL last year. It would be expected that Prokhorkin will start the year in the NHL. He won the Gagarin Cup with SKA St. Petersburg in 2017. Ilya Kovalchuk was also a part of that SKA team that won the Gagarin Cup in 2017 and new head coach Todd McLellan may pair those two up during the regular season. Kovalchuk still has two years left on his contract with the Kings. If Prokhorkin is able to prove himself in his first year in the NHL, expect him to get an extension with the Kings. 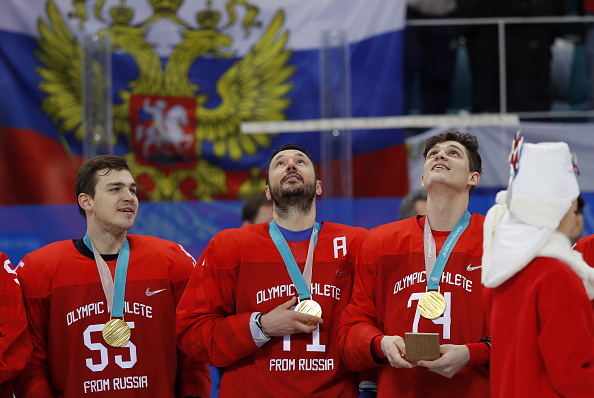