According to TMZ Minnesota Wild forward J.T. Brown was arrested on Saturday night for two drunken altercations. Brown got into a fight with employees at a Dallas Bar on two separate occasions. The second altercation led to the arrest of the Minnesota forward.

He was reportedly charged with public intoxication which is a misdemeanor “C” violation.  Brown would end up missing the final game of the Wild’s season with what the team called an illness. In a statement, Brown apologized for his actions. “I would like to apologize to the Minnesota Wild, my teammates, family, and fans for the poor decision I made.”

This season, Brown had three goals and five assists for eight points to go along with 29 minutes in penalties. His possession numbers were 47.6 percent Corsi and a relative Corsi of -3.7 percent.

Over his seven-year NHL career, Brown has played for the Tampa Bay Lightning, Anaheim Ducks and the Wild. He has 23 goals and 49 assists for 72 career points in 365 career games.

What This Means For the Future

The Wild and the NHLPA have yet to comment on the situation. This is obviously not a good look for Brown. He still has one more year left on his contract. It will be interesting to see if the Wild release him or if the NHLPA hands out a suspension for Brown for the incident. If released. it wouldn’t be a major loss to the Wild as Brown hasn’t been very productive over his career. His best year had him scoring eight goals during the 2015-16 season. Brown has yet to score more than three goals in a season since that time.

If a suspension were to take place it would mean that Brown would miss the beginning of next season. 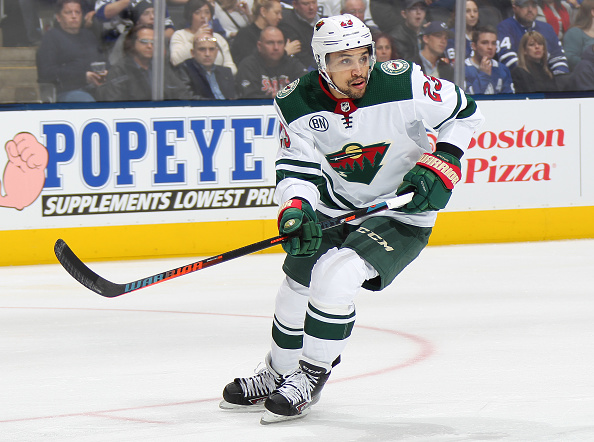 TORONTO, ON – JANUARY 3: J.T. Brown #23 of the Minnesota Wild skates against the Toronto Maple Leafs during the Next Generation NHL game at Scotiabank Arena on January 3, 2019 in Toronto, Ontario, Canada. The Wild defeated the Maple Leafs 4-3. (Photo by Claus Andersen/Getty Images)